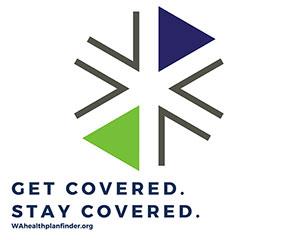 Washington Health Benefit Exchange (Exchange) announced on Tuesday more than 57,000 Washingtonians signed up for health care coverage between February 15 and August 15 on the state’s insurance marketplace, Washington Healthplanfinder. The Exchange opened a Special Enrollment Period in February in response to the COVID-19 Public Health Emergency. This allowed any individual in Washington the opportunity to apply for coverage or compare and upgrade their existing insurance.

Exchange CEO Pam MacEwan credits the surge in enrollments to increased savings available through the American Rescue Plan Act (ARPA). “These new premium subsidies are available to people across all income brackets in a way we’ve never seen before,” MacEwan said. “It’s no surprise that record numbers of Washingtonians signed up to take advantage of these savings.”

More than 28,000 new customers signed up for coverage after May 6 when ARPA subsidies were implemented for Washington Healthplanfinder customers. This represents a 117% increase over the same time period in 2020 and a 160% increase compared to 2019.

For many customers, the savings they received were dramatic. More than 34,000 customers now receive health coverage for $1 per month or less, and nearly half of all Washington Healthplanfinder customers pay less than $100 per month. Meanwhile, approximately 23,000 middle income families (those with incomes over 400% of the federal poverty level) who were previously ineligible for federal savings saw their monthly premiums drop by nearly $200 per month on average.

Hmmm...that's good news, I suppose, but it's important to keep in mind that there's actually two types of "Cascade Care" plans: "Cascade Standard" and "Cascade Select", for a total of three categories of ACA policies on the WA exchange:

During the regular 2021 Open Enrollment Period, 40% of new QHP selections were Cascade Care plans, but only 3% of them (1,114) were Cascade Select (ie, the Public Option) plans.

I'll take a look at the Cascade Care numbers below.

Several thousand customers took advantage of the opportunity to change plans and upgrade their coverage. Among customers who switched plans, 82% upgraded from a Bronze plan to a Silver or Gold plan, which increased their level of coverage and lowered their deductibles and cost sharing.

These unprecedented savings will continue to be available during the next annual open enrollment period which begins November 1, 2021.

Reminders: Enrollment is offered year-round to individuals and families through Washington Apple Health (Medicaid). Customers enrolled in Apple Health will receive a notice of 60 days before the month they enrolled in or renewed their coverage last year.

OK, here's some additional details from the snapshot report linked to above:

The lede says there were 57,000 "signups" during the SEP, but it looks like only 46,000 of them were new enrollees; the other 11,000 appear to be existing enrollees who upgraded their coverage, which is a good thing but doesn't really count as "signing up" in my view.

2019 is the more appropriate year to measure against in terms of a baseline, since 2020 included its own COVID Special Enrollment Period.

The Exchange automatically extended new ARPA savings to 138,000 existing, eligible customers after May 6, which lowered their premiums starting in June.

The bar graph included is kind of interesting...while enrollees did start selecting pricier exchange plans once their income exceeded 300% FPL, it really didn't go up that much; even the > 600% FPL population only averages around $566/month vs. the ~$480/month average for enrollees under 300% FPL. Of course, it's important to remember that before the American Rescue Plan, no one earning over 400% FPL would be eligible for any subsidies and would have to pay full price, which I'm sure plays a big factor: 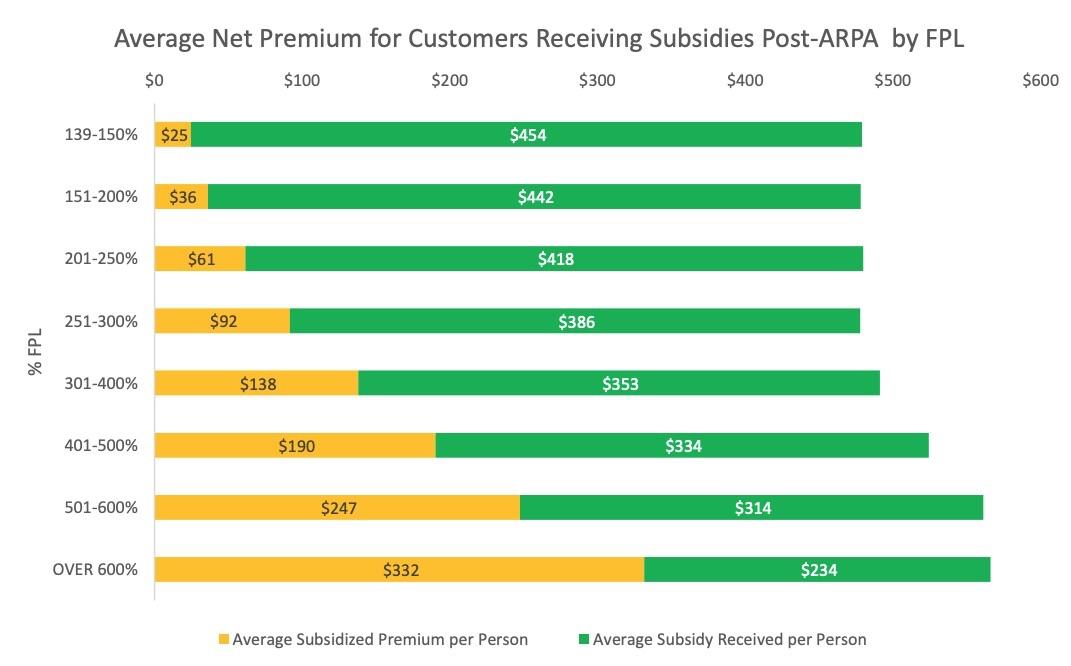 As for Cascade Care:

Since May 6, 2021, new customers continue to have strong interest in Cascade Care plans.

Hmmm...again, they don't break out the Cascade Select numbers, but assuming a similar ratio to the OEP total, it sounds like they probably make up perhaps 800 or so of the SEP enrollees, for a total Public Option enrollment of around 1,900 or so.

The Washington legislature has made some modifications to their Cascade Care/Public Option program for 2022, so we'll see if that has any effect on juicing up enrollment for Year 2.

After May 6, over 4,200 existing customers changed plans; 82% of them changed from a Bronze plan.

New customers post-ARPA were more likely to select Silver and Gold plans than during open enrollment.

Subsidized customers over 54 are receiving the largest subsidies, on average paying $130/month and receiving $600/month in subsidies.