via the DC Dept. of Insurance, Securities & Banking:

The four insurance companies filed proposed rates for individuals, families and small businesses for the 2022 plan year. Overall, 184 plans were filed, compared to 188 last year. The number of small group plans decreased from 163 to 157, and the number of individual plans increased from 25 to 27. 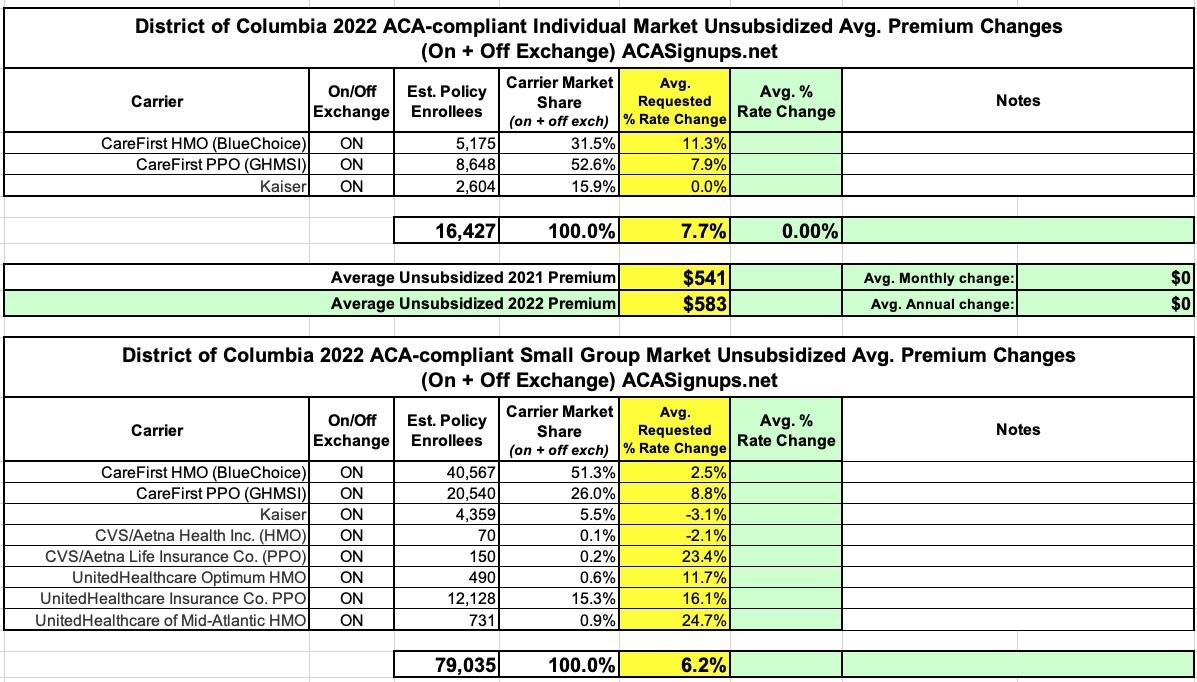