I was planning on only updating the county-level vaccination graph monthly, but given the attention this has received via high-profile folks like David Frum and Paul Krugman, I've decided to post updates weekly.

With the more aggressive Delta variant now spreading quickly among the unvaccinated in the U.S., 85% of the total population seems to indeed be the more likely threshold which will be needed to achieve herd immunity. 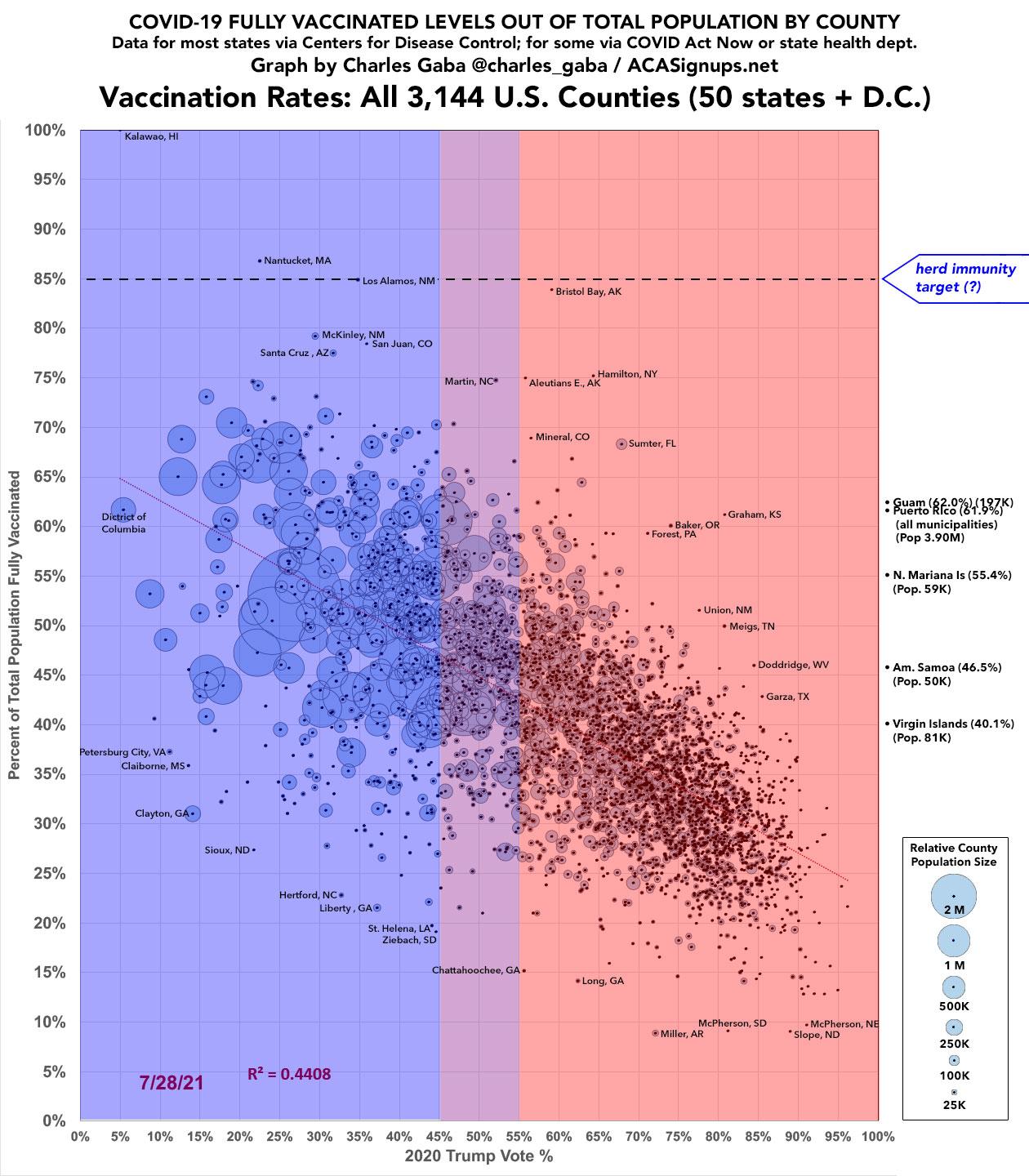