It's been a week since I last ran a scatter plot displaying current COVID-19 vaccination rates across every COUNTY nationwide according to the 2020 election results...all 3,100+ of them.

As I noted last week, with the more aggressive Delta variant now spreading quickly among the unvaccinated in the U.S., 85% of the total population seems to indeed be the more likely threshold which will be needed.

For the updated graph below, I've made a few more tweaks to both my data sources and the graph itself, neither of which makes that much of a difference in terms of impact on the final results:

With all of this in mind, comparing my county-level analysis from May 25th until today reveals a critical change:

Yes, that's right: The third and fourth worst-vaccinated counties in America are both named McPherson. I have no idea what that means. 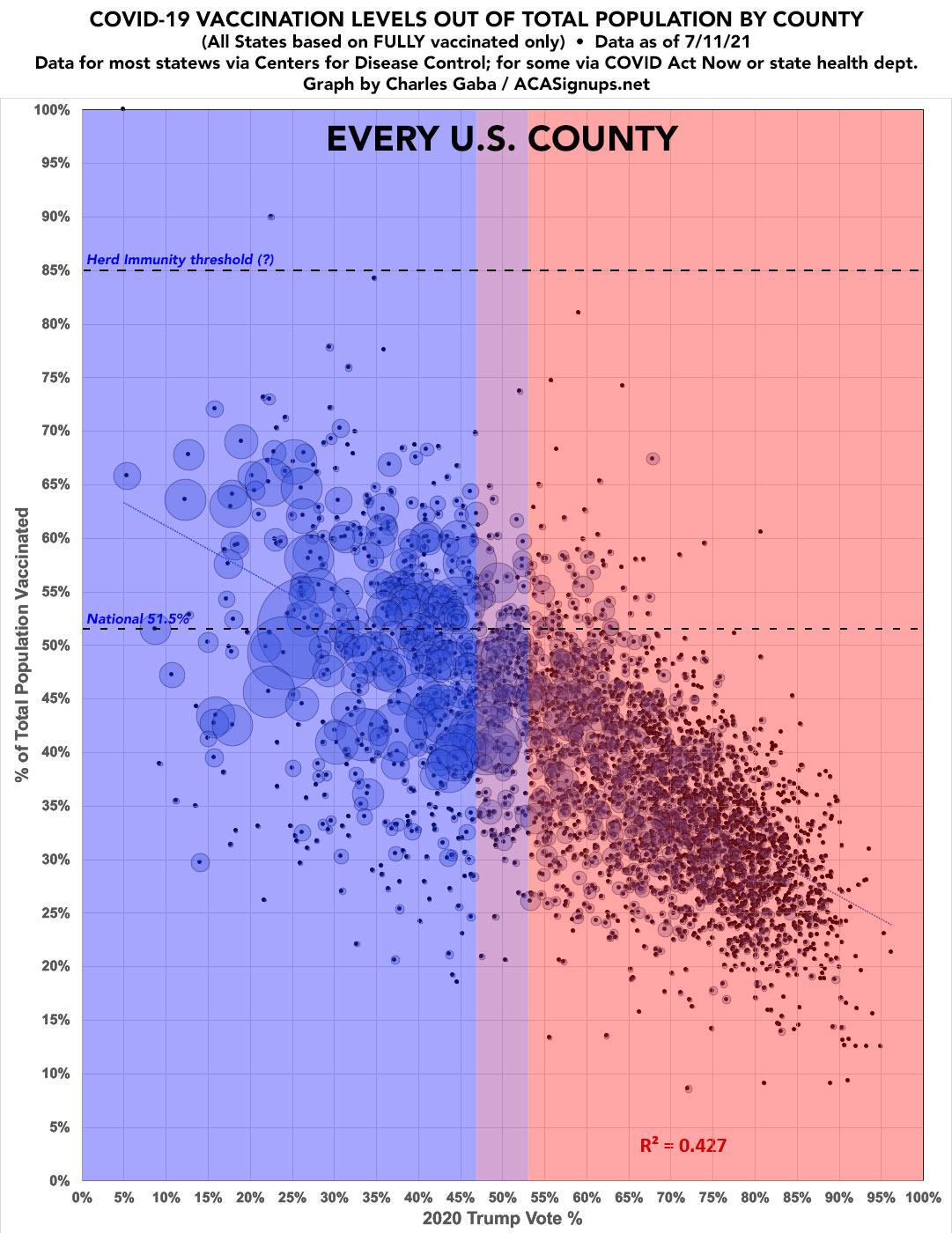 UPDATE 7/19/21: Welcome New York Times readers! I've updated the graph below with the latest vaccination data, which raises the R^2 slightly more to 0.4348. I've also made a few modifications to the layout to clarify that the U.S. territories aren't shown (since they don't vote for U.S. President in the general election), as well as labeling most of the upper-end outliers. This version also breaks out Dukes & Nantucket based on MA town/village-level data. Finally, I've added a key to explain the bubble sizes (relative couinty population): 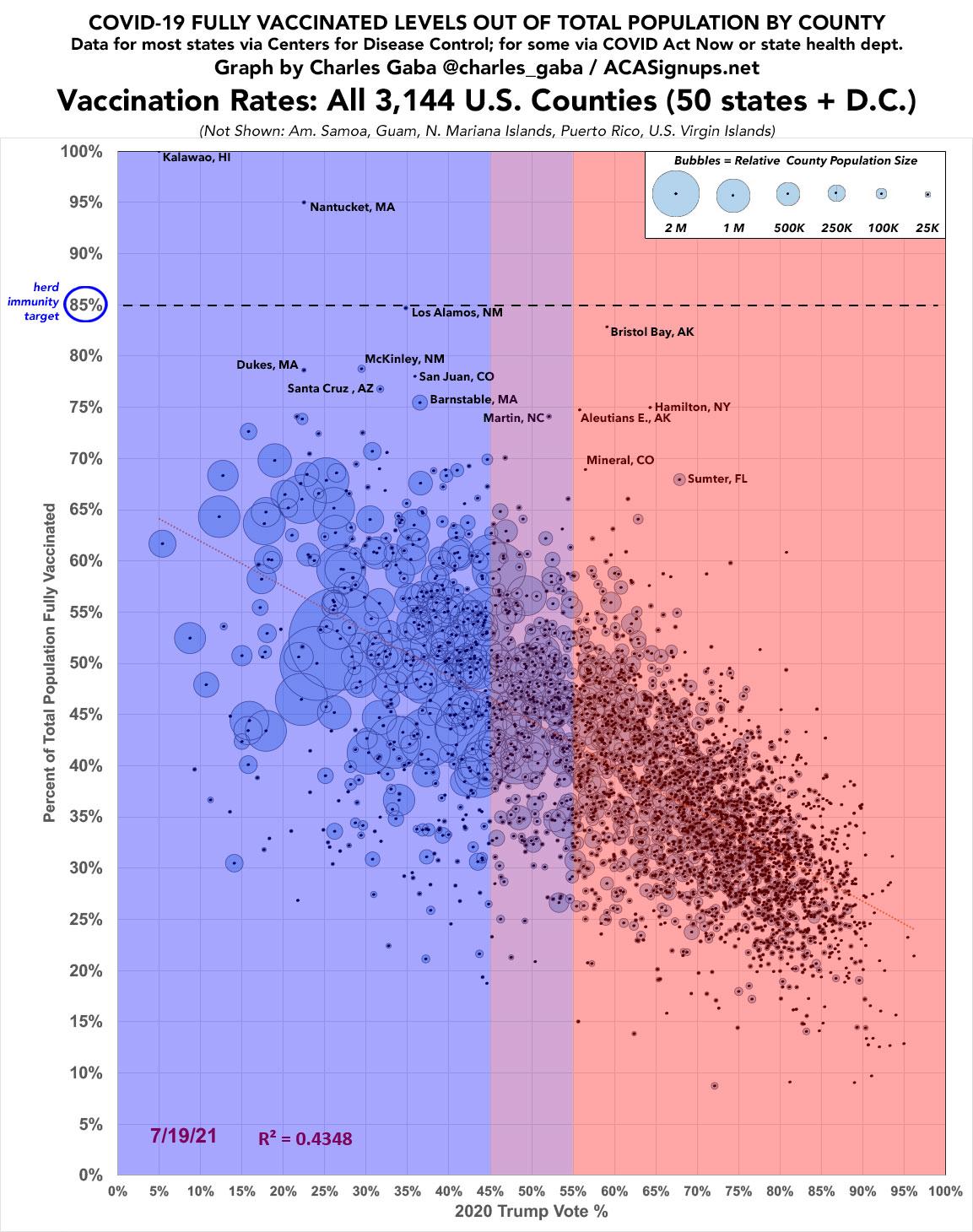