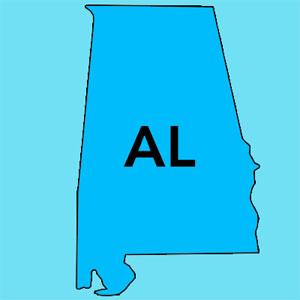 For the various enrollment data, I'm using data from Medicaid.gov's Medicaid Enrollment Data Collected Through MBES reports. Unfortunately, they've only published enrollment data through December 2020. In most states I've been able to get more recent enrollment data from state websites and other sources, but Alabama isn't among them.

Alabama is one of 12 states which still hasn't expanded Medicaid eligibility under the ACA (13 if you include Missouri, whose voters expanded the program last year...but which the state legislature refuses to fund).

Alabama's non-ACA Medicaid enrollment hovered a bit over the 1 million mark for years until the COVID pandemic hit in early 2020. Since then, it's increased by about 8.7%.

In addition, according to the Kaiser Family Foundation, there's 204,000 uninsured Alabamans who would become newly eligible if the state were to expand Medicaid under the ACA, including 127,000 currently caught in the "Medicaid Gap" (those who earn less than 100% of the Federal Poverty Level, thus disqualifying them for ACA exchange subsidies either) and another 77,000 uninsured who qualify for a subsidized private healthcare policy but who haven't enrolled in one so far. In addition, KFF estimates around 13,000 uninsured Alabamans who are already eligible for the program but who haven't signed up as of yet.

Note: This article puts the total number of Alabamans eligible for Medicaid if they expanded under the ACA at 340,000, but that includes perhaps ~60,000 who are currently enrolled in heavily-subsidized ACA exchange plans who would be shifted over to Medicaid instead if the state expanded. I'm not sure what accounts for the remaining ~76,000 discrepancy between the estimates. 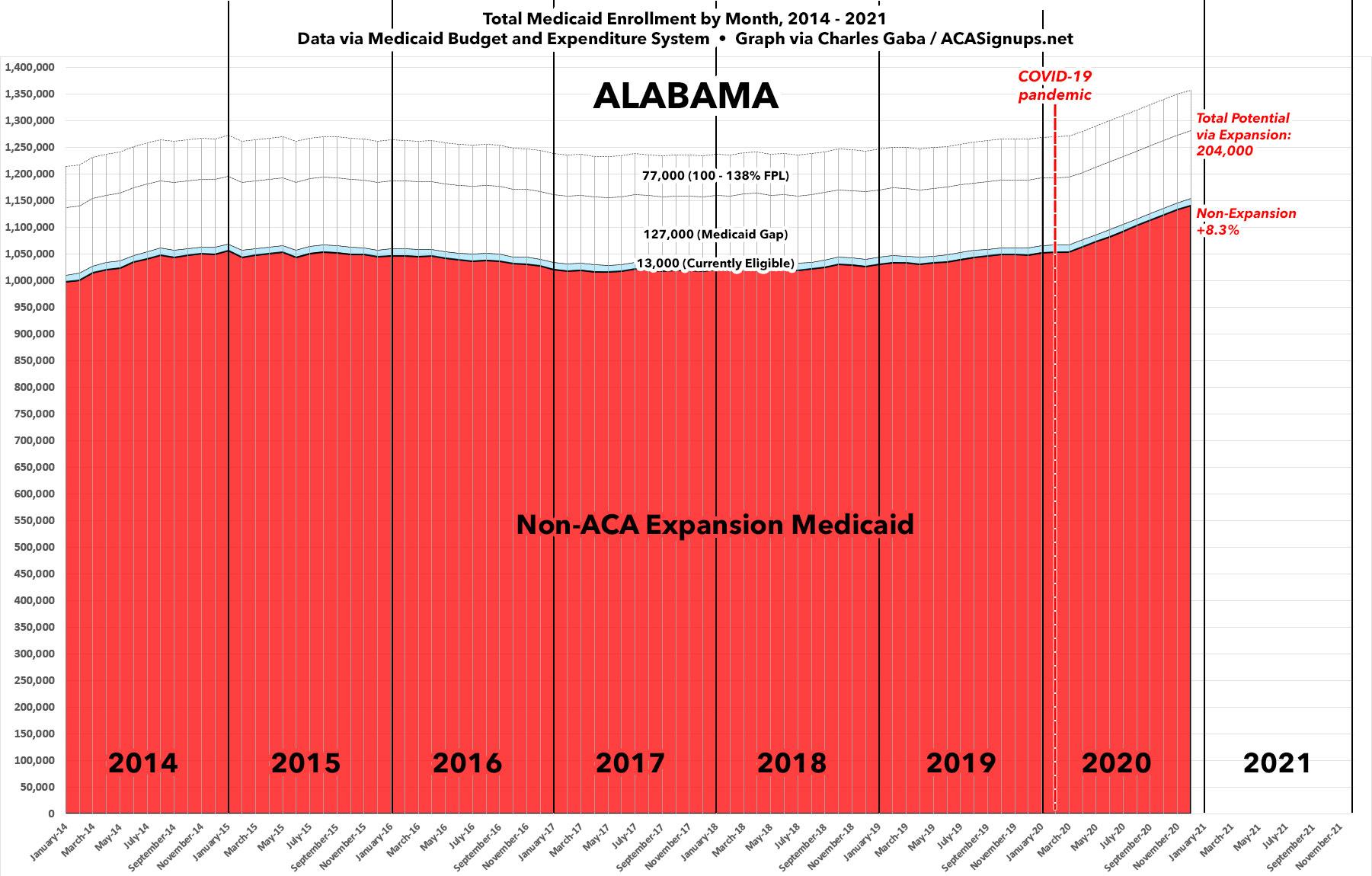