Virginia just expanded Medicaid under the ACA starting in 2019. The official CDC data shows a very strange, sudden drop-off in non-ACA Medicaid enrollment in July of that year, followed by a slow, gradual increase which has only accellerated since the COVID pandemic hit in early 2020. Since then, non-ACA Medicaid enrollment has gone up 14%, expansion enrollment has increased by over 44% and overall enrollmetn is up nearly 23% from pre-COVID days.

Add in the ~235,000 subsidized ACA exchange enrollees and that's around 786,000 Virginia residents who would lose healthcare coverage if the Supreme Court strikes down the Affordable Care Act, or 9.1% of the state population. 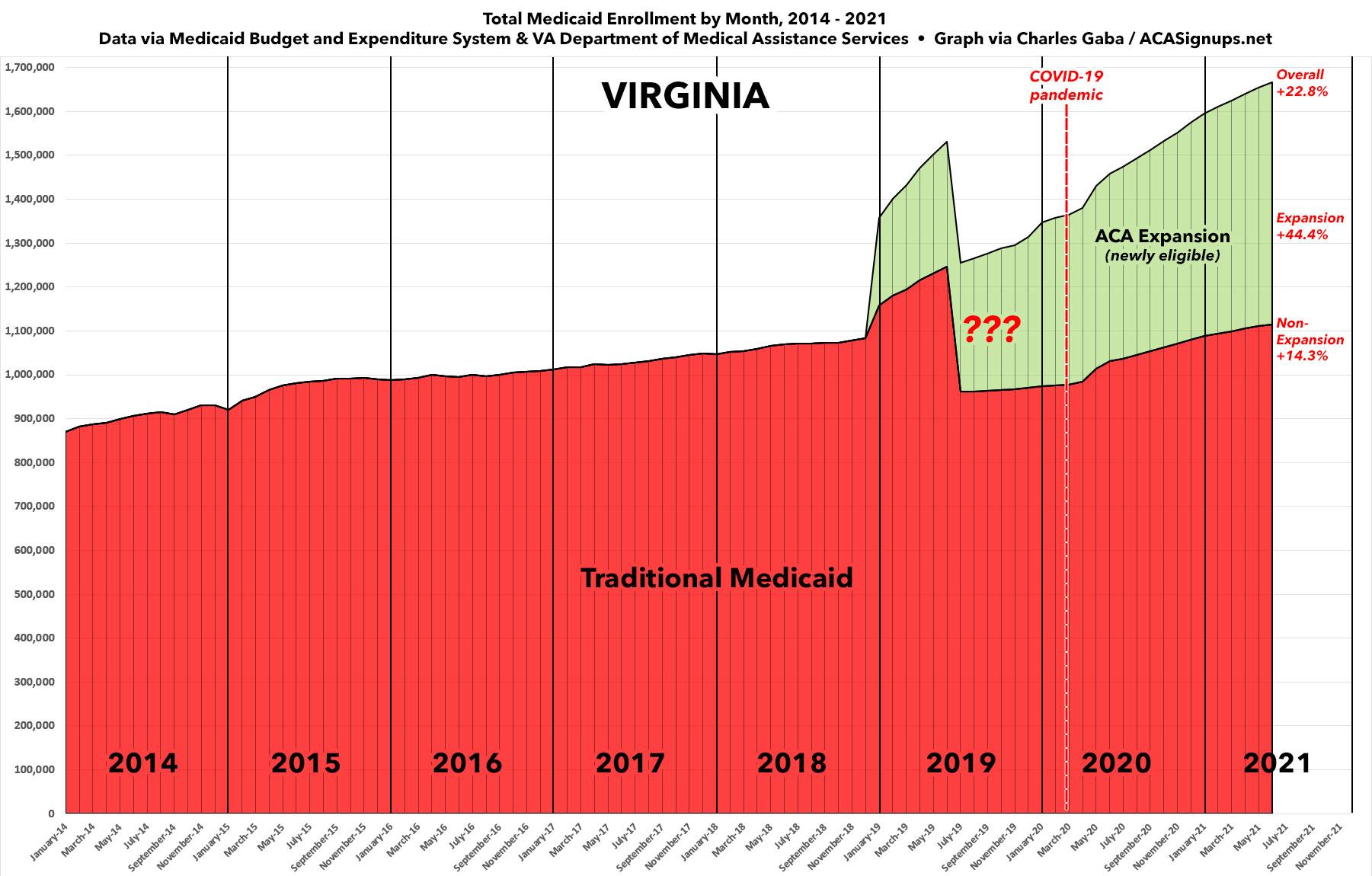