For Ohio, I'm relying on raw data from the Ohio Dept. of Medicaid for January 2021 and later.

Total Medicaid enrollment in Ohio peaked in January 2016 at nearly 3.2 million enrollees before gradually sliding down to roughly 2.75 million just before the COVID pandemic hit. Since then its reversed course, with non-expansion enrollment increasing 16.6% and the ACA expansion population going up slightly (1.7%), for an overall increase of 13.5% statewide.

Add in the ~163,000 subsidized ACA exchange enrollees and that's around 751,000 Ohio residents who would lose healthcare coverage if the Supreme Court strikes down the Affordable Care Act, or 6.4% of the state population. 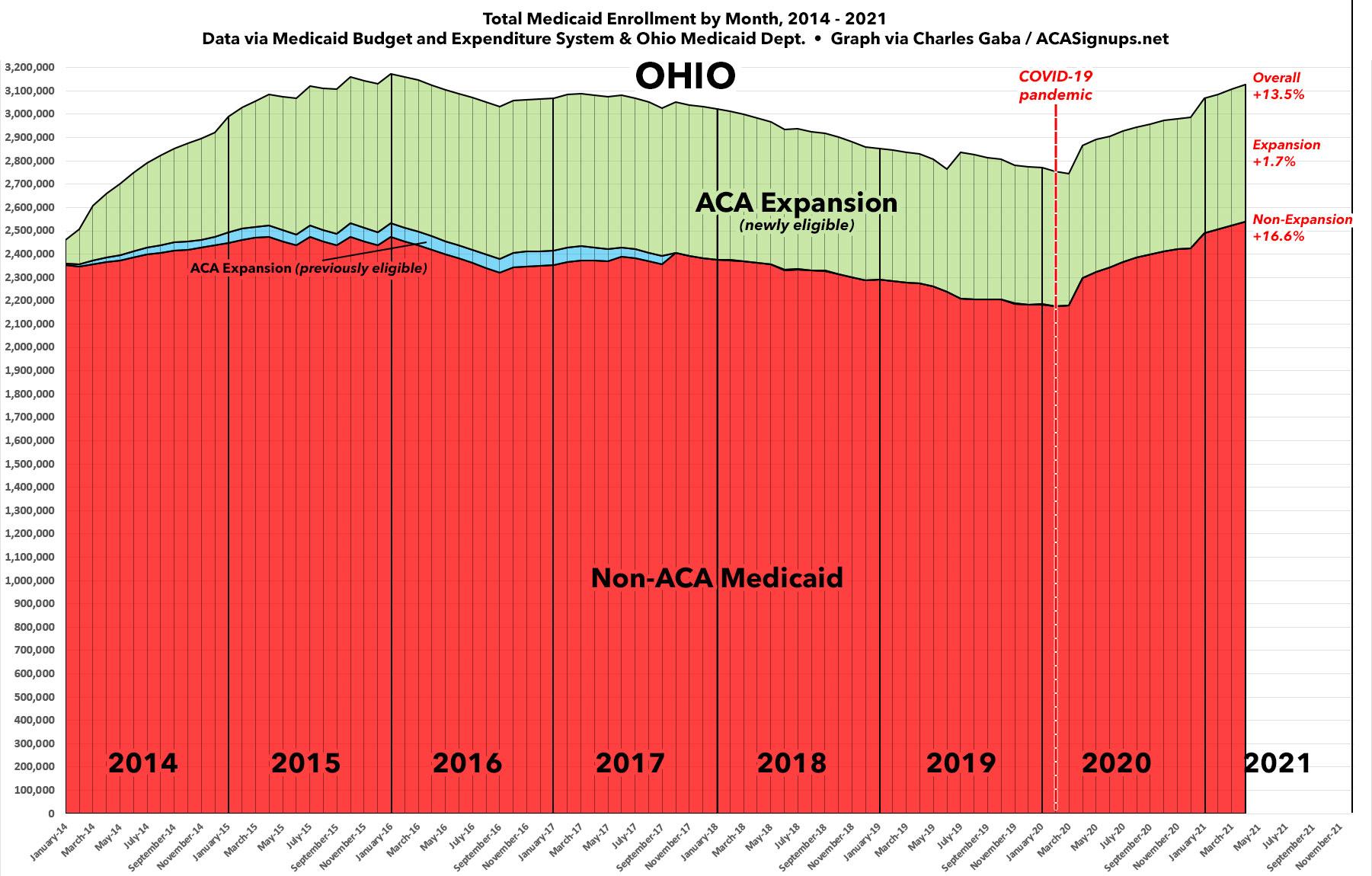