For enrollment data from January 2021 on, I'm relying on adjusted estimates based on raw data from the Nevada Dept. of Health & Human Services.

Nevada's total Medicaid enrollment (including ACA expansion) held steady at around 600,000 residents throughout 2016 - 2019...but once the COVID pandemic struck, it took off sharply, with traditional enrollment increasing by over 18% and ACA expansion jumping nearly 40%. Overall enrollment is up by around 26% since last February. 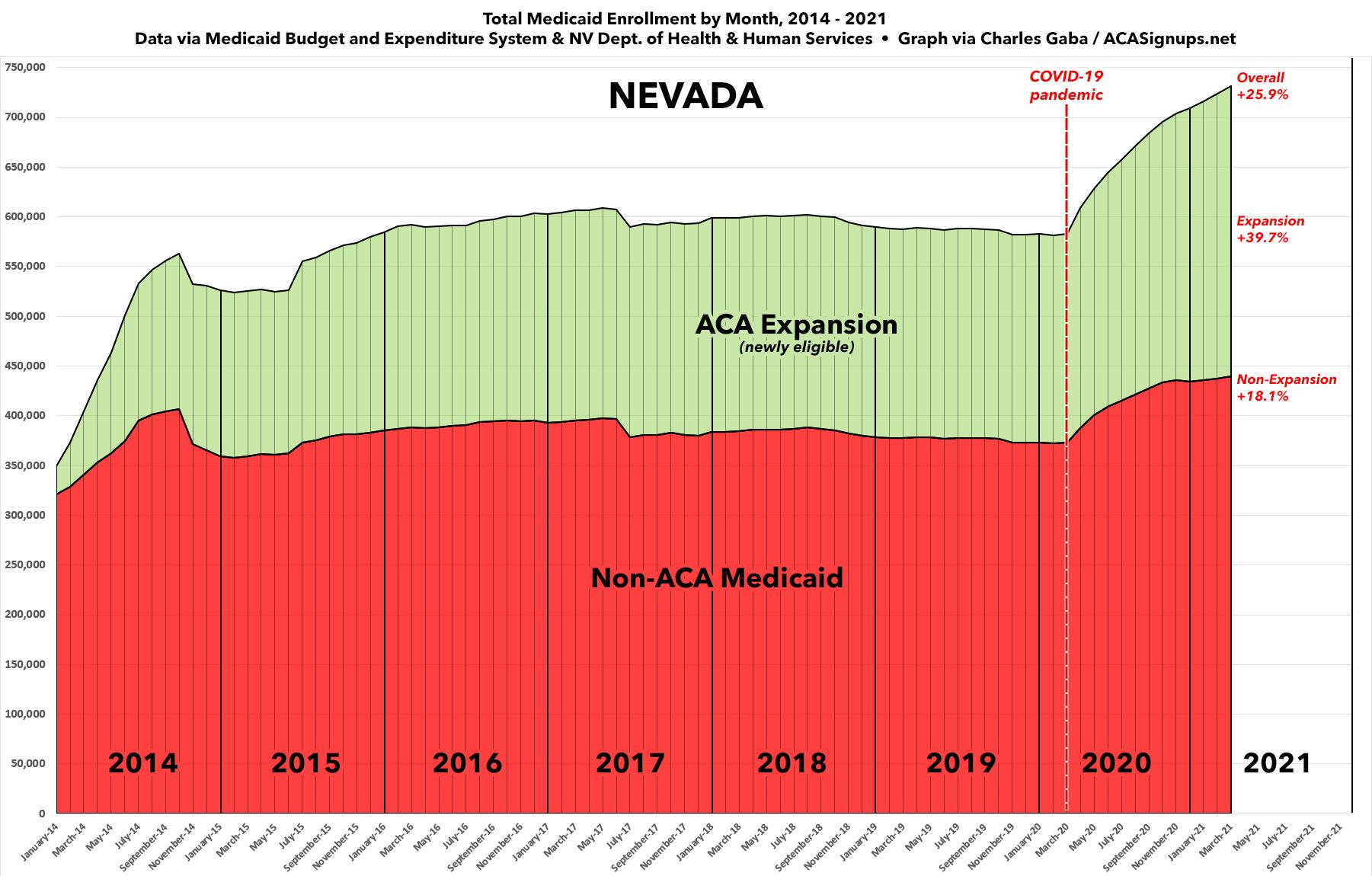