Today I'm presenting Michigan. For enrollment data from January 2021 on, I'm relying on adjusted estimates based on raw data from the Michigan Dept. of Health & Human Services, especially their monthly "Green Book of Key Program Statistics".

Since COVID hit, however, non-ACA Medicaid enrollment has jumped 13.6%, while ACA expansion enrollment is up 32%. This brings total enrollment up by around 18.8% from pre-COVID levels. 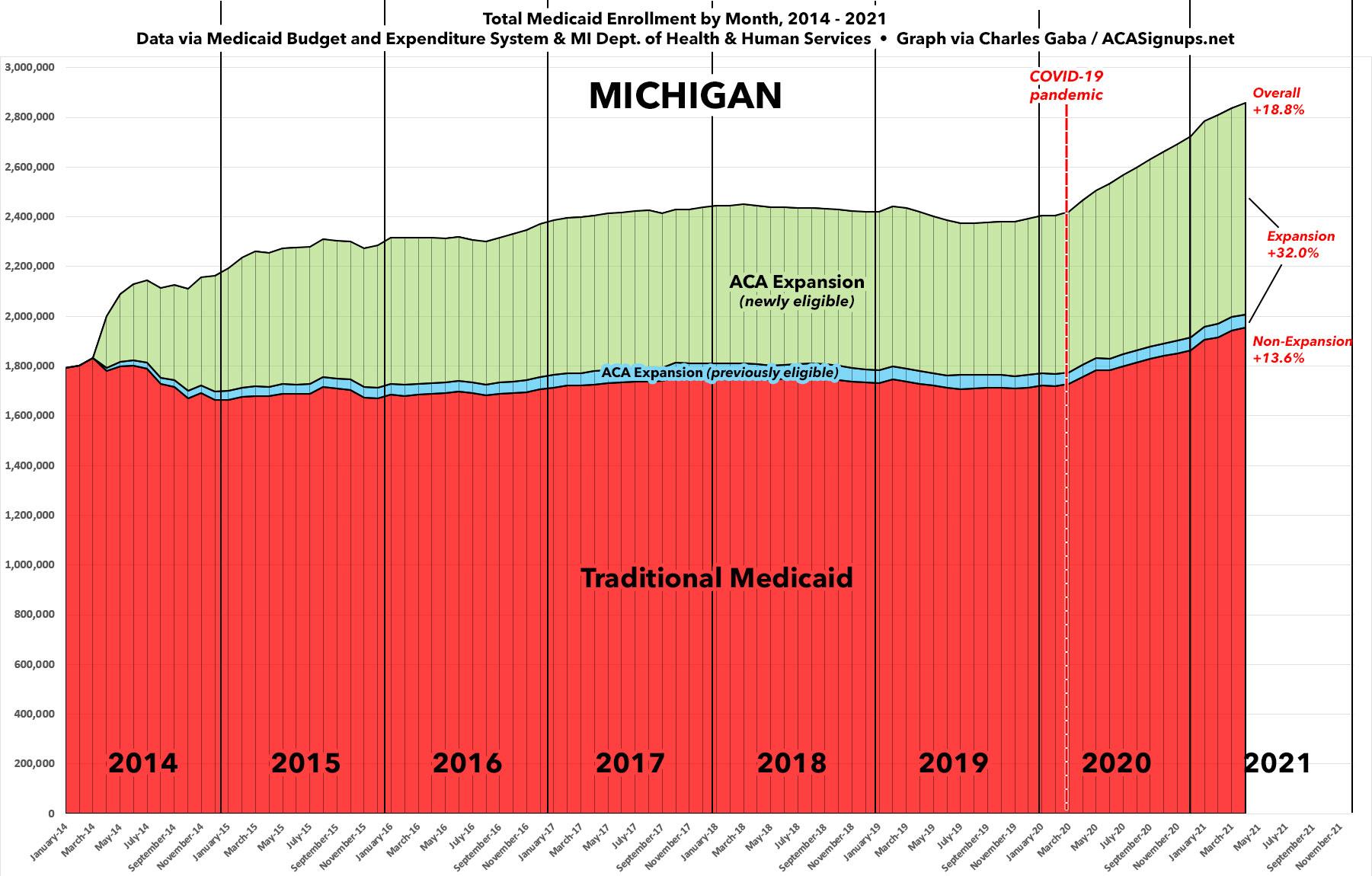