With those caveats in mind, here's the top 100 counties ranked by per capita COVID-19 cases as of Friday, May 14h, 2021 (click image for high-res version).

After months of Crowley County, CO having the highest per capita cumulative case total, Chattahoochee County, GA has taken over the #1 spot. 4,054 of their 10,907 residents have now tested positive for #COVID19, or 37.1% of their total population.

For what it's worth, the top 100 top counties voted for Donald Trump by 3.8 points.

One other interesting and important change: For several months, the 100 counties with the highest COVID-19 death rates voted for Donald Trump by around 20 points.

That stat completely reversed itself recently, as the 100 counties w/the highest COVID death rate have now voted for Joe Biden by over 20 points. 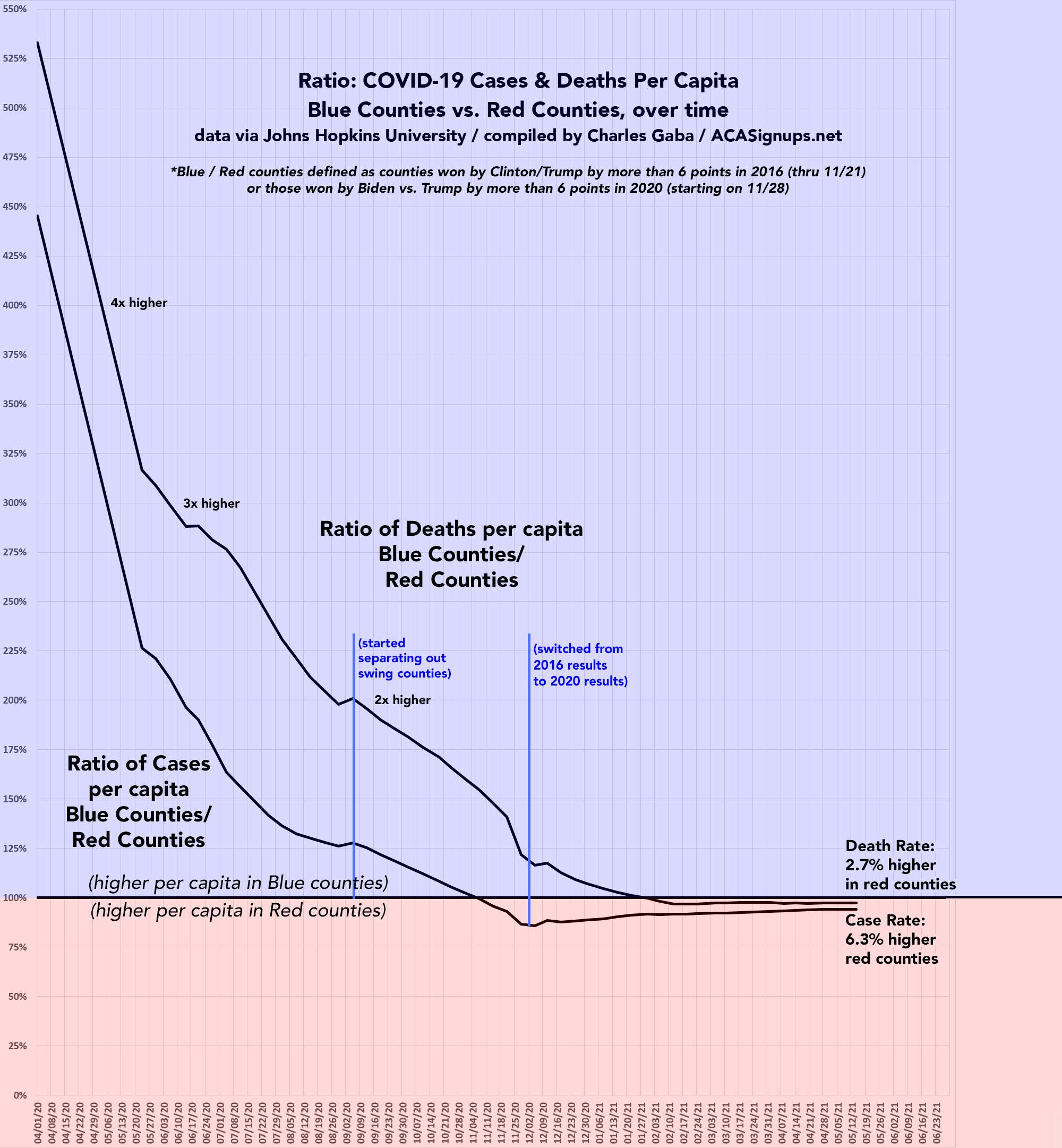