Earlier today I wrote an extensive post about California's individual market, specifically breaking out the number of off-exchange policies, including a rare look at some hard grandfathered plan enrollment numbers.

I've also managed to dig up a fascinating document from 2010 buried on the Alabama Insurance Department's website, which provides quite a bit of demographic insight into Alabama's overall health insurance market. While all of this info is now 8 years out of date (and even precedes the first ACA open enrollment period), it does provide a few clues into estimating what's going on in Alabama today.

This first table shows exactly what Alabama's individual market looked like: 164,404 people were enrolled in pre-ACA "major medical" policies in 2010: 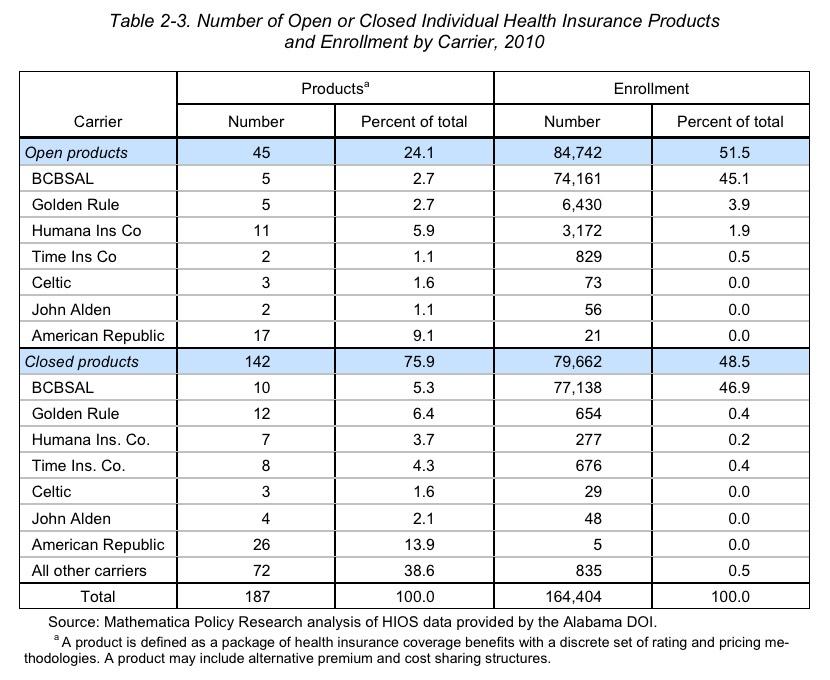 So, how many of these 164,000 people are still enrolled in non-ACA compliant policies as of today? Well, according to Mark Farrah Associates, as of March 2017, Alabama's entire individual market stood at around 232,000 people. Of that, roughly 151,000 were enrolled in ACA exchange-based policies, leaving roughly 81,000 in off-exchange policies total

Assuming a ~20% annual net attrition rate in grandfathered plans (and there's no way of knowing if this rate also holds for Alabama or any other state), that would mean as of today, only around 27,000 people would still be enrolled in those Grandfathered and Transitional policies combined as of 2017, leaving around 54,000 in ACA plans.

Again, I realize this is very much speculation, but it'll have to do until I can acquire better/more recent data.

Oh, one other eyebrow-raising tidbit: 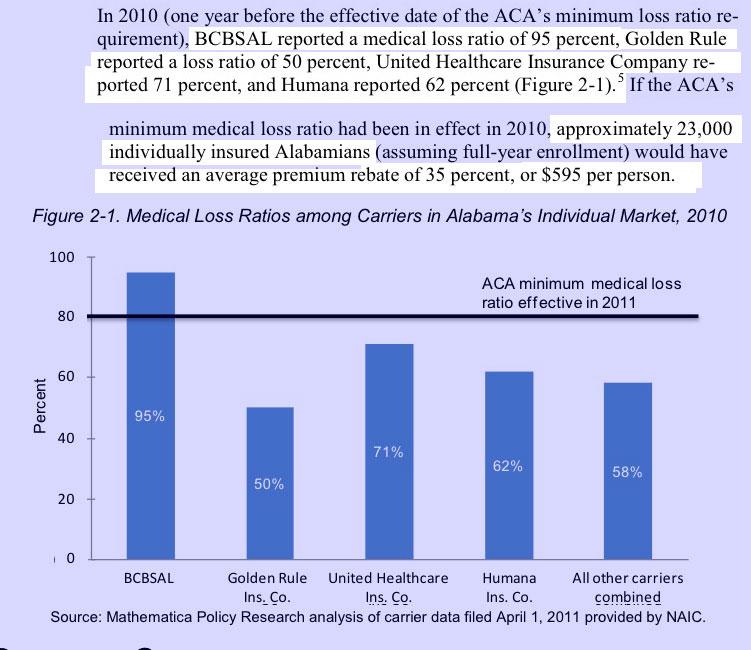 To be honest, I'm not sure I understand where they get the 23,000 figure, since the 80/20 MLR rule wouldn't apply to any BCBSAL enrollees and all the other carriers combined only added up to 13,105 enrollees. Even so, this just goes to show that while Blue Cross was working on pretty thin margins, the smaller carriers appeared to be raking in massive profit margins on the individual market.

UPDATE: As pointed out by M E in the comments below, "massive profits" is a bit misleading since we're only talking about a fairly small number of people and the average pre-ACA policy premiums were quite a bit smaller to begin with. Fair point.

A similar story is told in Alabama's small group market, although it's not nearly as dramatic: 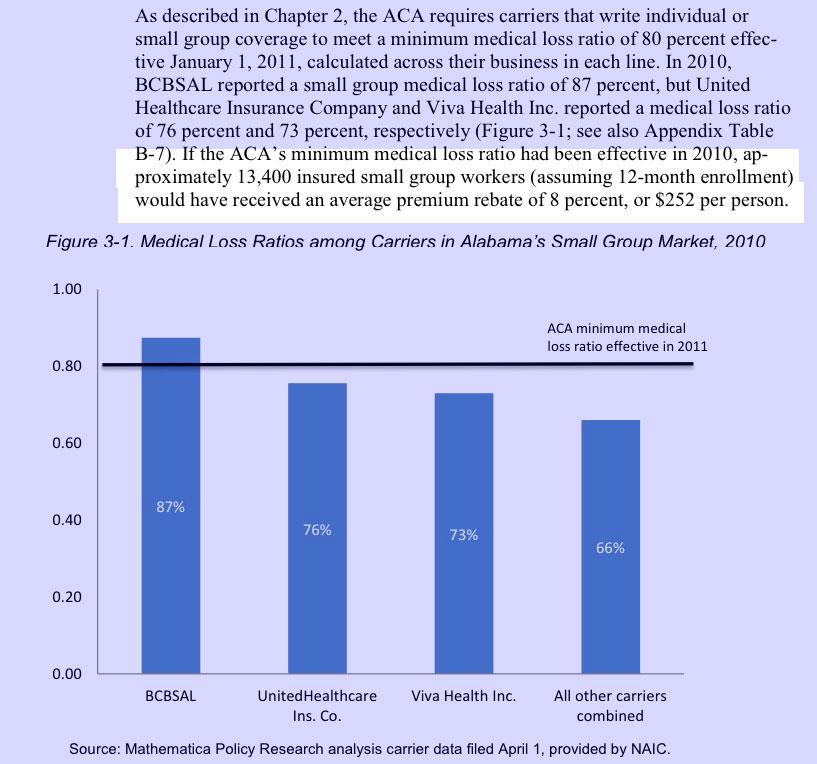