How much more would it cost the federal government if every holdout state expanded Medicaid? 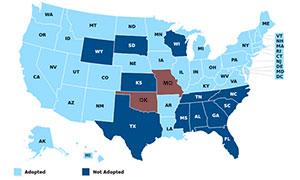 I ran these numbers last month in my write-up speculating about the prospect of Democrats and the Biden Administration effectively "federalizing" ACA Medicaid expansion altogether by raising the FMAP threshold from 90% to 100%, but it's worth a standalone blog post as well.

The Kaiser Family Foundation estimates that nearly 2.2 million Americans currently fall into the "Medicaid Gap" in the 12 states which haven't expanded Medicaid under the Affordable Care Act yet. They also estimate that another 1.8 million uninsured Americans are eligible for subsidized ACA exchange plans who would be eligible for Medicaid instead if those state actually did expand Medicaid. That's nearly 4.0 million total.

How much would it cost the federal government to pay 90% of the cost of Medicaid for these folks, assuming all 12 holdout states finally expanded the program? Well, according to a recent CBO projection, an average of 13.4 million people were projected to be enrolled in Medicaid via ACA expansion over the next decade at a total cost of $1.132 Trillion in federal spending.

NOTE: The original version of this calculated everything based on the feds paying 100% of the Medicaid cost instead of 90%; all calculations below have been updated to reflect the 90% figure instead.

That works out to the federal government's 90% portion coming in at an average of around $8,447 apiece per year over the next decade.

Assuming all 12 states expanded and every single eligible enrollee was signed up (which is unlikely...there's always some who fall through the cracks), that would come to around $33.8 billion per year for all 4 million new Medicaid enrollees on average, or $338 billion over a decade (remember, inflation thru 2030 is already accounted for in this average).

HOWEVER, there's another population to take into consideration.

During the official 2021 Open Enrollment Period, almost precisely 12.0 million people selected ACA exchange Qualified Health Plans (QHPs) nationally. Of those, according to the Center for Medicare & Medicaid Services (CMS) Public Use File (PUF), 3.85 million of them listed their projected 2021 annual income as falling between 100 - 150% of the Federal Poverty Line (FPL) nationally.

878,000 of these live in states which have already expanded Medicaid, which presumably means that they earn between 139 - 150% FPL, since those earning under 138% FPL are supposed to be enrolled in Medicaid instead in expansion states (another 149,000 live in OK & MO, which have passed expansion proposals but which aren't scheduled to go live with them until July).

That leaves 2.82 million ACA exchange enrollees in the 12 non-Expansion states (I'm not including Oklahoma and Missouri here) earning 100 - 150% FPL.

I don't know what the income distribution is within that range, but data from 2016 suggests that around 85% earn less than 138% FPL, or at least 2.4 million people.

All of these folks would also be transferred over to Medicaid expansion if the holdout states were to implement ACA expansion. That's another ~$20.3 billion per year or $203 billion over the next decade.

Combined, that comes to around $541 billion in federal spending over a decade to cover over 6.4 million people.

HOWEVER, there would also be significant savings...because every person shifted from a subsidized ACA plan over to Medicaid would also mean one fewer person requiring ACA subsidies.

The average monthly premium for all exchange enrollees in those states in 2021 is around $597/month. I don't know how much this varies for lower-income enrollees, but the odds are that it's pretty close. That comes to around $1.42 billion per month, or $17.1 billion/year assuming total enrollment stayed consistent for the entire year:

Now the reality is that there's usually around 20% net attrition over the course of the year...but that was before the COVID pandemic and, more importantly, it was before the expanded subsidies under the American Rescue Plan. Since the expanded ARP subsidies mean that everyone earning less than 150% FPL is eligible for a $0-Premium Silver CSR 94 plan, it's safe to assume that attrition will be much lower this year...and of course the currently ongoing Special Enrollment Period (which has boosted mid-year enrollment by at least 528,000 more people in these states) should cancel out much of the rest.

On the other hand, there's also inflation/medical trend. If you assume a flat 5% average unsubsidized premium increase each and every year from 2022 - 2030, you get a 10-year average of around $750 per month per person, or $216 billion over a decade..

In other words, if all 12 holdout states expanded Medicaid, the net additional 10-year cost to the federal government vs. the status quo would be something like:

That's around $34.1 billion per year to cover over 6.4 million Americans (4.0 million of whom are currently uninsured), or roughly $5,328/year per enrollee.

Of course, that 5% premium increase could be off significantly. If the average increase is more like 8% per year, that would make the 10-yr average more like $864/month, or $248 billion in savings for all 2.4 million enrollees, cutting the net cost down by another $32 billion. Basically, the more that unsubsidized individual market premiums increase over the coming decade, the less it would cost (relative to that) to expand Medicaid instead.

The thing is, however, under the original provisions of the Affordable Care Act, all 12 of these states were supposed to have expanded Medicaid over 7 years ago anyway...which means that this isn't really "new" spending (expect for the $16 billion in "bribes"). It's money which was rightly supposed to have been being spent all along.

In other words, if you look at it from that perspective, the "net additional cost to the federal government" would be $0 (or $16 billion, I suppose).

As an aside, it's also worth noting that if all 12 holdout states expanded Medicaid, it would also result in ACA exchange enrollment purposefully dropping by around 20%, give or take, since those 2.4 million folks would shift from subsidized ACA plans over to Medicaid instead.