If the ACA is struck down by the Supreme Court at least 25% of the 559,000 AZ expansion enrollees would lose healthcare coverage immediately (the other 75% were already eligible for traditional Medicaid prior to the ACA, but if the law goes, so would the 90% FMAP match for that population, so there's a very good chance they'd lose coverage as well).

Add the ~150,000 enrolled in subsidized exchange plans and that's up to 709,000 Arizonans who'd lose coverage immediately if the ACA is struck down by the Supreme Court, or nearly 10% of the population. 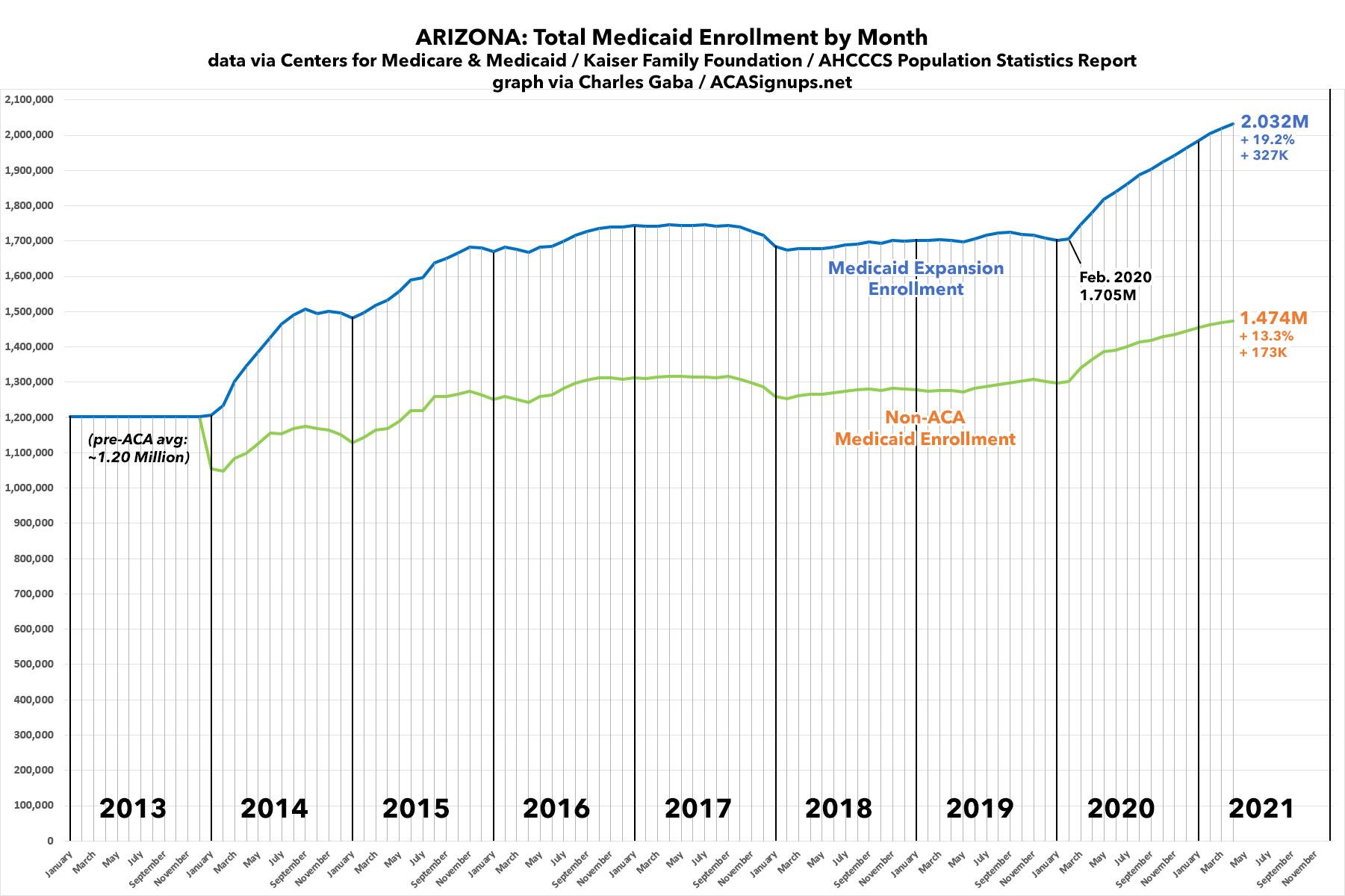