Today I'm presenting Alaska, which didn't begin Medicaid Expansion until September 2015. As you can see, both Alaska's expansion and non-expansion enrollment has increased steadily ever since. It plateaued for most of 2019, and non-ACA enrollment continued to remain mostly stable...but expansion enrollment has definitely increased noticeably since COVID reached The Last Frontier, up around 9% from February 2020 through last month. 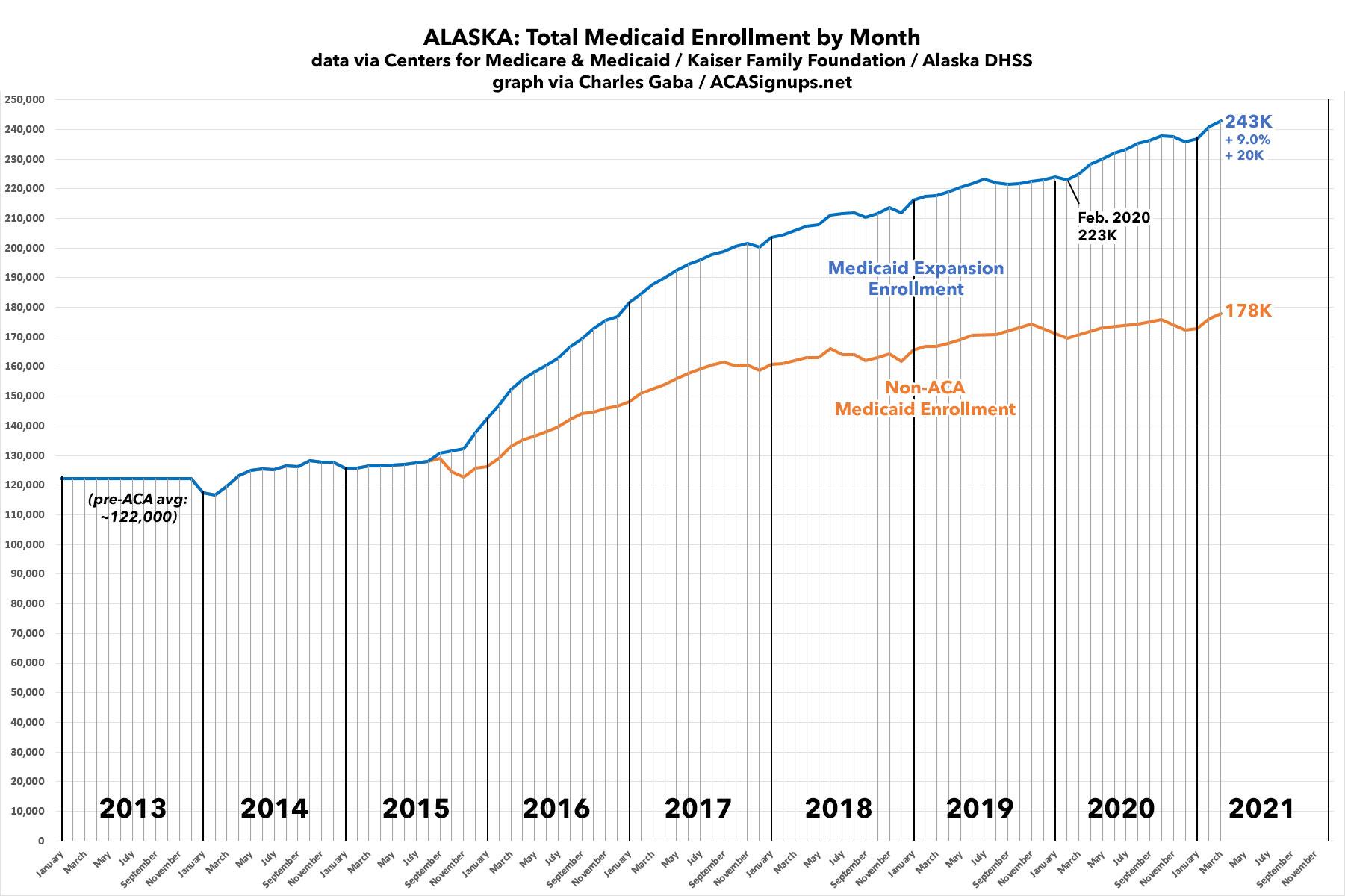