For Medicaid expansion enrollment, I'm using data from Medicaid.gov's Medicaid Enrollment Data Collected Through MBES reports. These are even more outdated...I can only get official numbers through June 2019 at the moment.

Today I'm presenting Connecticut, where Medicaid enrollment averaged around 650,000 residents prior to ACA expansion...except that included up to 100,000 who were added to the Medicaid tally early via special arrangements between the state and the Centers for Medicare & Medicaid Services.

After Medicaid expansion officially went into effect starting in January 2014, total enrollment grew quickly, then more gradually, before settling at around 845,000 Nutmeggers in February 2020. 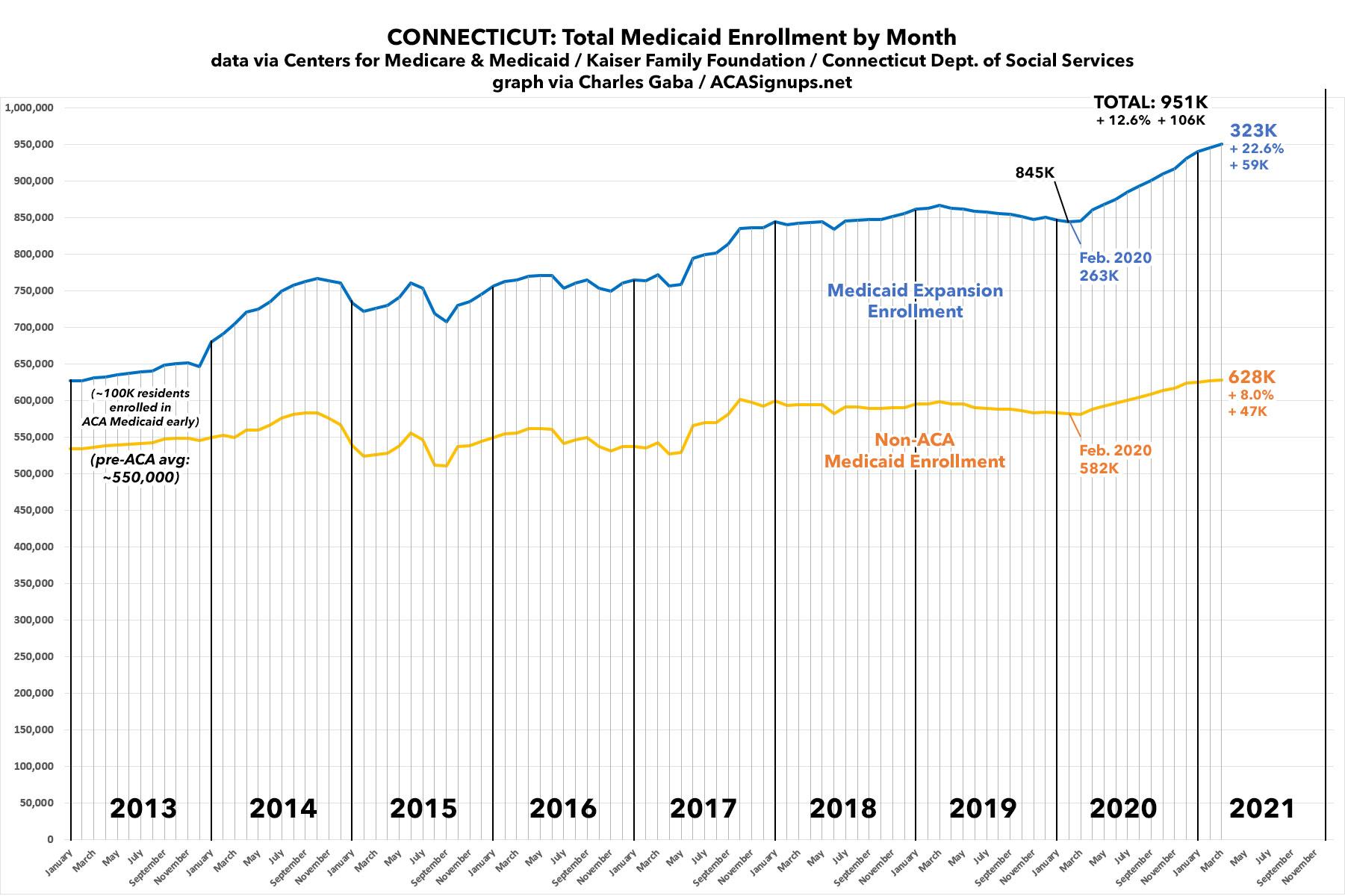