After Medicaid expansion went into effect starting in January 2014, total enrollment spiked quickly and eventually peaked at a little over 1.4 million Coloradoans before gradually tapering off throughout 2018 - 2019.

Colorado has 5.77 million residents, so 1.54 million is 26.7% of the entire population. Nearly 425,000 of them are covered via ACA expansion, although around 7,000 were already eligible for Medicaid under pre-ACA law. Throw in the ~180,000 enrolled in subsidized exchange plans and that's 598,000 who'd lose coverage almost immediately if the ACA is struck down by the Supreme Court, or 10.5% of the total state population. 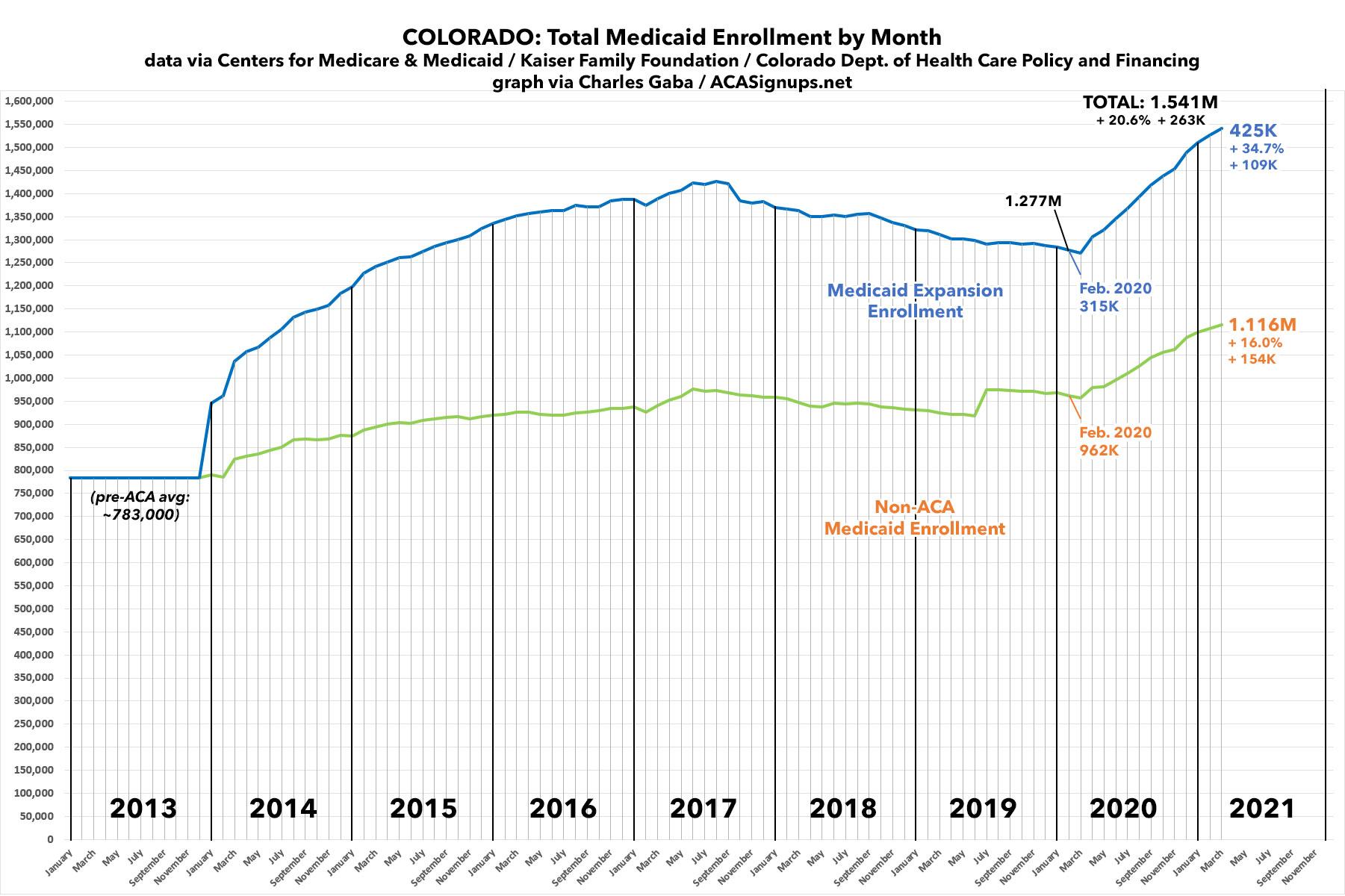