Today I'm presenting California, where Medicaid enrollment averaged around 7.1 million residents prior to ACA expansion...except it was actually more like 7.76 million, because around 650,000 Californians were enrolled in the temporary "Low-Income Health Program (LIHP)", a special CA-specific program set up prior to official ACA expansion to help transition enrollees over to Medicaid proper. I was able to put together the mroe recent enrollment data for both expansion and traditional Medicaid ("Medi-Cal") via reports from the CA Dept. of Health Care Services.

After official Medicaid went into effect starting in January 2014, total enrollment immediately spiked to around 9.8 million people. It gradually climbed to a peak of 12.6 million in mid-2015 before dropping by a dramatic 1.1 million enrollees a couple of months later for reasons unknown.

Enrollment gradually tapered off from around 12.5 million down to a low of 11.6 million in February 2020...and then COVID hit, of course. Since then, enrollment has risen back up again and as of March 2021, CA Medicaid enrollment stands at what I'm sure is an all-time high of 12.69 million people.

California has 39.5 million residents, so 12.69 million is 32% of the entire population. Nearly 4.3 million of them are covered via ACA expansion. Throw in the ~1.62 million enrolled in subsidized exchange plans and that's over 5.9 million who'd lose coverage almost immediately if the ACA is struck down by the Supreme Court, or 15% of the total state population. 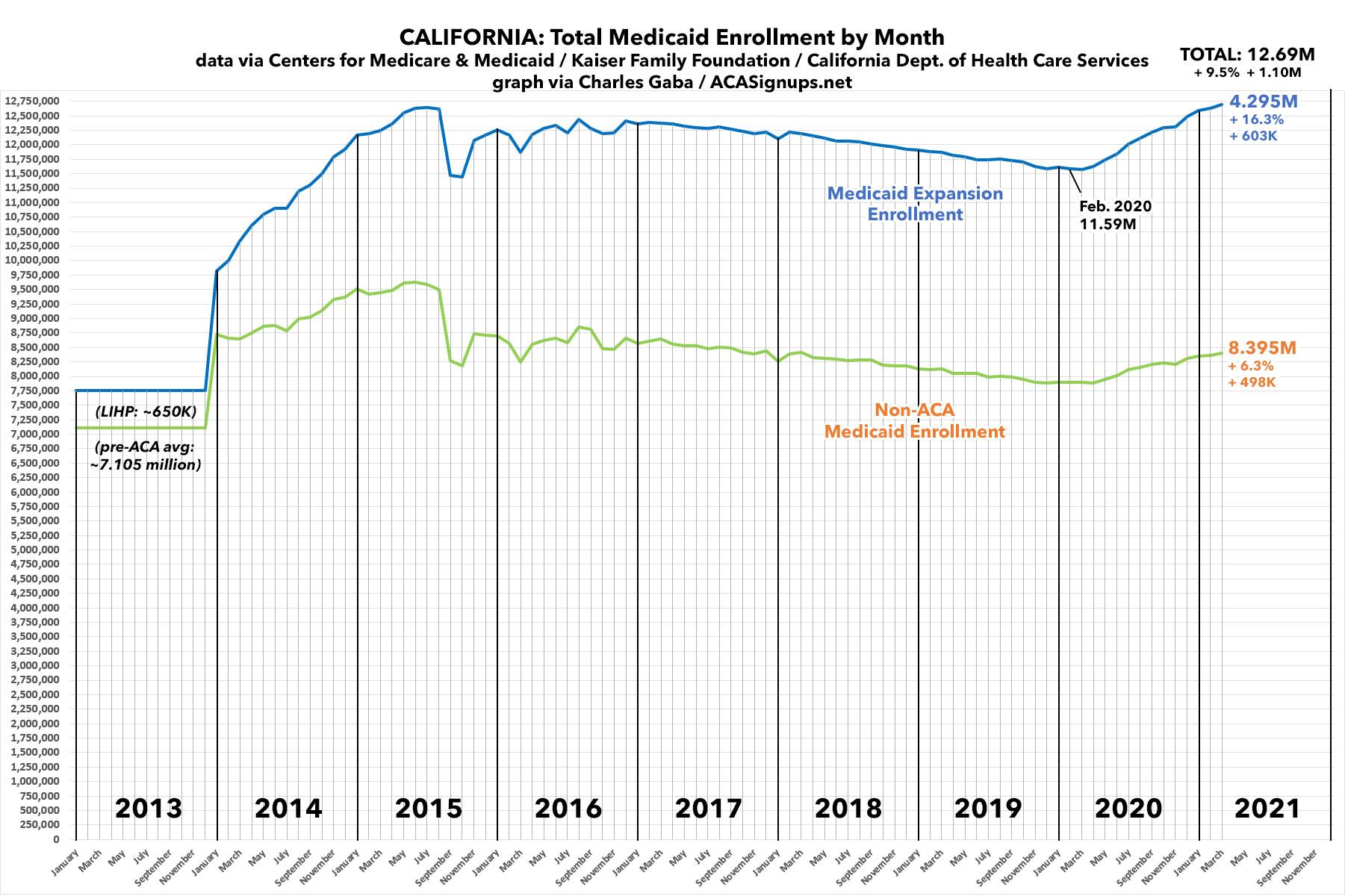