Idaho: Medicaid enrollment up 41% since #ACA expansion went into effect

Around half the 50 states (+DC) expanded Medicaid under the Affordable Care Act starting in 2014. Since then, roughly half of the remaining states have also done so, either via executive order by the Governor, a new state legislature coming around or, most frequently, via statewide ballot initiative.

Idaho is an example of the latter: In November 2018, voters in Idaho (along with Utah and Nebraska) passed a ballot proposal to fully expand Medicaid under the ACA. After some legal wrangling, the state officially launched Medicaid expansion starting in January 2020, with more than 35,000 Idahoans signing up within the first few days of being allowed to do so.

I've relaunched my project to track Medicaid enrollment (both standard and expansion alike) on a monthly basis for every state dating back to the ACA being signed into law (where possible). Today I'm presenting Idaho, where you can see the dramatic difference in covering low-income residents which ACA Medicaid expansion has made...and just in the nick of time, seeing how the COVID pandemic struck the U.S. just a month or two after Medicaid expansion went into effect.

Non-ACA Medicaid enrollment in Idaho stood at around 294,000 people in December 2019, just before ACA expansion kicked in; today, total enrollment stands at over 414,000, a good 41% higher in just 16 months later. It's worth noting that the original projections for expansion eligibility were anywhere from 60,000 - 90,000 at the time it was voted on, but that was obviously prior to the COVID pandemic. Unlike most states where there's been a dramatic uptake in expansion enrollment since February 2020, Idaho is difficult to get a bead on since Medicaid expansion went into effect just a month or two before the pandemic hit. 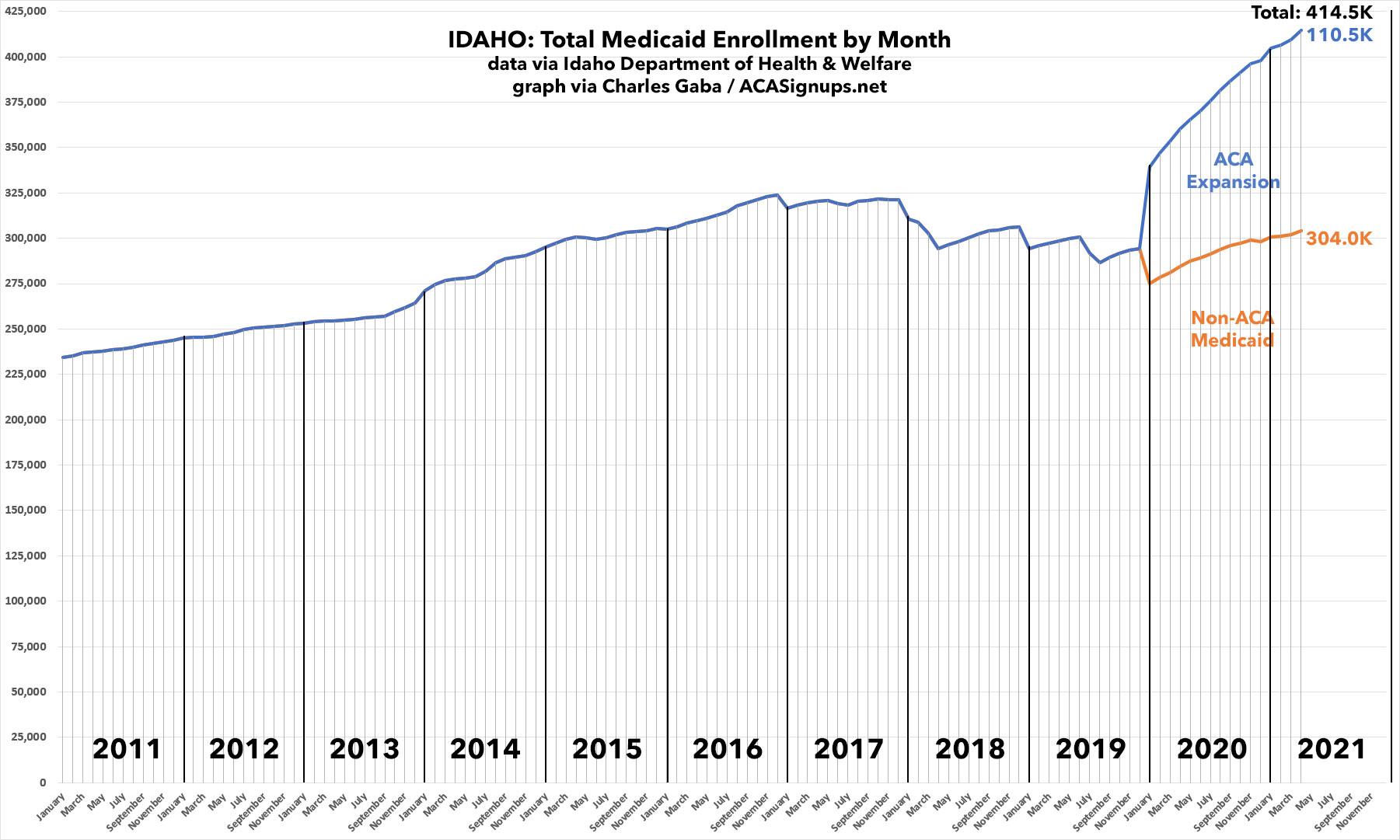