Ballot initiatives in Idaho, Utah, Nebraska, and Montana will test whether there’s a disconnect between politicians and voters over a program that insures 1 in 5 Americans at an annual cost of more than half a trillion dollars to federal and state governments. Advocates behind the measures in states carried by President Donald Trump in 2016 aim to distance Medicaid expansion from the law that makes it possible: the Affordable Care Act.

“This isn’t Obamacare -- this is Medicaid,” said Ray Ward, a Republican state lawmaker and physician from outside Salt Lake City. Ward supports widening eligibility for Medicaid in Utah, and says many of his constituents do too. While solidly Republican, his district is “not an angry sort of Tea Party district,” he said.

Um...actually, Medicaid expansion to adults who earn up to 138% of the Federal Poverty Level is very much part of Obamacare, aka the Affordable Care Act. In many ways it's one of the most important and significant parts of it, in fact...but whatever; if that's what it takes to justify expanding it, fair enough.

Nationwide, about 2.2 million uninsured people who can’t get subsidized coverage would be eligible if the 17 states that haven’t expanded Medicaid were to do so, according to Kaiser.

Besides the 17 states which haven't expanded the program yet, there's also Virginia, which did so earlier this year and will start taking Medicaid expansion enrollments on Thursday, and Maine, which passed Medicaid expansion a year ago but still hasn't implemented it, purely because their Governor is a complete jackass. At this point it's not gonna happen until after the new governor takes over in January.

Of the other 17, Medicaid expansion is on the ballot in three of them: Idaho, Nebraska and Utah. It's also on the ballot for permanent expansion in Montana, where they've already had it for a couple of years now but it's set to expire if not locked in via ballot initiative.

Needless to say, I'm a huge advocate of all four states passing their ballot proposals. Here's some information and links for anyone who'd like to help out in this final week before election day:

The biggest news of the day is that Idaho's outgoing Republican Governor, "Butch" Otter, is fully endorsing Medicaid expansion on his way out the door!

The initiative on the Nov. 6 ballot will decide whether to allow more Idahoans on Medicaid, including those in the so-called “Medicaid gap” who also don’t qualify for subsidies on the state health insurance exchange.

“Allowing the healthcare coverage gap to persist any longer is not an option,” said Otter in a news release from Idahoans for Healthcare. “We cannot continue to let hardworking Idahoans go without healthcare. I’m proud that the citizens of Idaho have come up with a solution to solve this long-standing problem. Proposition 2 will provide healthcare to 62,000 Idahoans and it’ll bring $400 million of our tax dollars back to Idaho. In addition, Proposition 2 will keep our rural hospitals and county clinics open. I strongly support expanding healthcare to folks who need it. It’s good sense and it’s the right thing to do.”

Idahoans for Healthcare has steadily announced endorsements for the vote, including food manufacturers Chobani and Clif Bar last week.

This comes as shocking to a lot of people given that the state has opposed ACA Medicaid expansion for five years straight, but in a way it shouldn't be that surprising...keep in mind that as beet red as Idaho may be politically, it's also the only completely GOP-run state which opened up their own state-based ACA exchange (Your Health Idaho). The "home-grown solution" angle was used heavily within the state to justify YHI at the time as well.

In Montana, the biggest threat to Medicaid expansion seems to be the the tobacco industry, which is opposed to the ballot initiative because the funding for it would come from a $2 per pack tax hike:

A Montana ballot initiative has incurred the wrath of Big Tobacco, which has spent a record-breaking amount of money to defeat it this November. Should it succeed, 100,000 people could lose health coverage.

The tobacco industry raised nearly $17.5 million to defeat I-185, a measure that  gives health care to people earning up to 138 percent of the poverty level by taxing tobacco. Montana expanded Medicaid under the Affordable Care Act (ACA) in 2016, but only until July 2019. To avoid sunsetting the policy and, thus, taking away coverage from nearly 100,000 people, Montana residents need to vote yes to I-185. But by voting yes, voters are also agreeing to increase a tax on a pack of cigarettes from $2 to $3.70 and 33 percent for tobacco products like e-cigarettes.

Nebraska voters this fall have an important opportunity to extend health insurance to the state’s working poor. That opportunity, in the form of Initiative 427, can bring significant benefits to Nebraska.

Expanding Medicaid would also greatly reduce financial pressure on hospitals, urban and rural, that must cover uncompensated care. A study by two professors at the University of Nebraska at Kearney found that the issue hits the state’s rural hospitals particularly hard, with 45 percent facing “substantial financial stress.” The researchers found that uncompensated care, which Nebraska hospitals must otherwise cover, would fall by an estimated $142 million annually by 2021-22.

Support for a ballot measure to expand Medicaid in Utah has grown among state voters in recent months, according to a new poll.

The Salt Lake Tribune-Hinckley Institute of Politics poll found 59 percent of voters support the measure, which would extend coverage to about 150,000 people in the state.

A similar survey conducted in June found 54 percent of voters supported the measure.

The new poll was conducted by the Hinckley Institute from Oct. 3 to 9. It included responses from 607 registered Utah voters and has a margin of error of plus or minus 4 percentage points, according to the Tribune.

Republican state lawmakers are opposed to the ballot measure, arguing that expanding Medicaid will destroy the state’s budget and lead to bankruptcy. According to local news outlets, one state senator this week said he would introduce legislation to repeal the expansion if the ballot measure passes.

The ballot measure is competing with a plan backed by Utah Gov. Gary Herbert (R) to expand Medicaid only in part. Known as a “partial expansion,” that plan would expand Medicaid up to 100 percent of the federal poverty line, far less than the traditional expansion of up to 138 percent.

Combined, that's over 400,000 Americans who would either gain Medicaid coverage or, in the case of Montana, keep it if all four ballot initiatives pass next Tuesday. 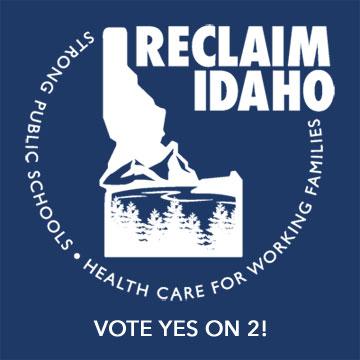 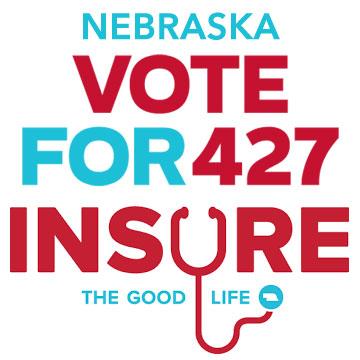 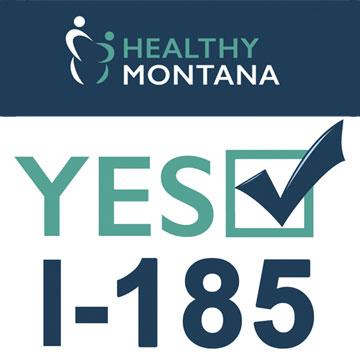 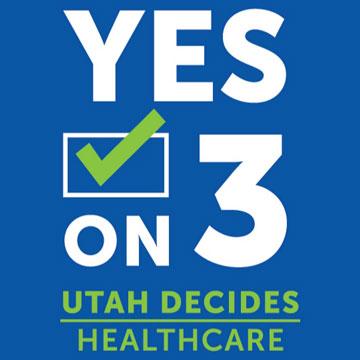