With those caveats in mind, here's the top 100 counties ranked by per capita COVID-19 cases as of Thursday, April 1st, 2021 (click image for high-res version).

For what it's worth, the top 100 top counties voted for Donald Trump by 2.7 points.

Here's the top 100 counties ranked by per capita COVID-19 fatalities as of Thursday, April 1st, 2021 (click image for high-res version):

One other interesting and important change: For several months now, the 100 counties with the highest COVID-19 death rates voted for Donald Trump by around 20 points.

That stat completely reversed itself this week, as the 100 counties w/the highest COVID death rate have now voted for Joe Biden by over 20 points.

How? Easy: The Bronx has moved back up onto the Top 100 list, presumably due to the spike in the B.117 COVID-19 variant. 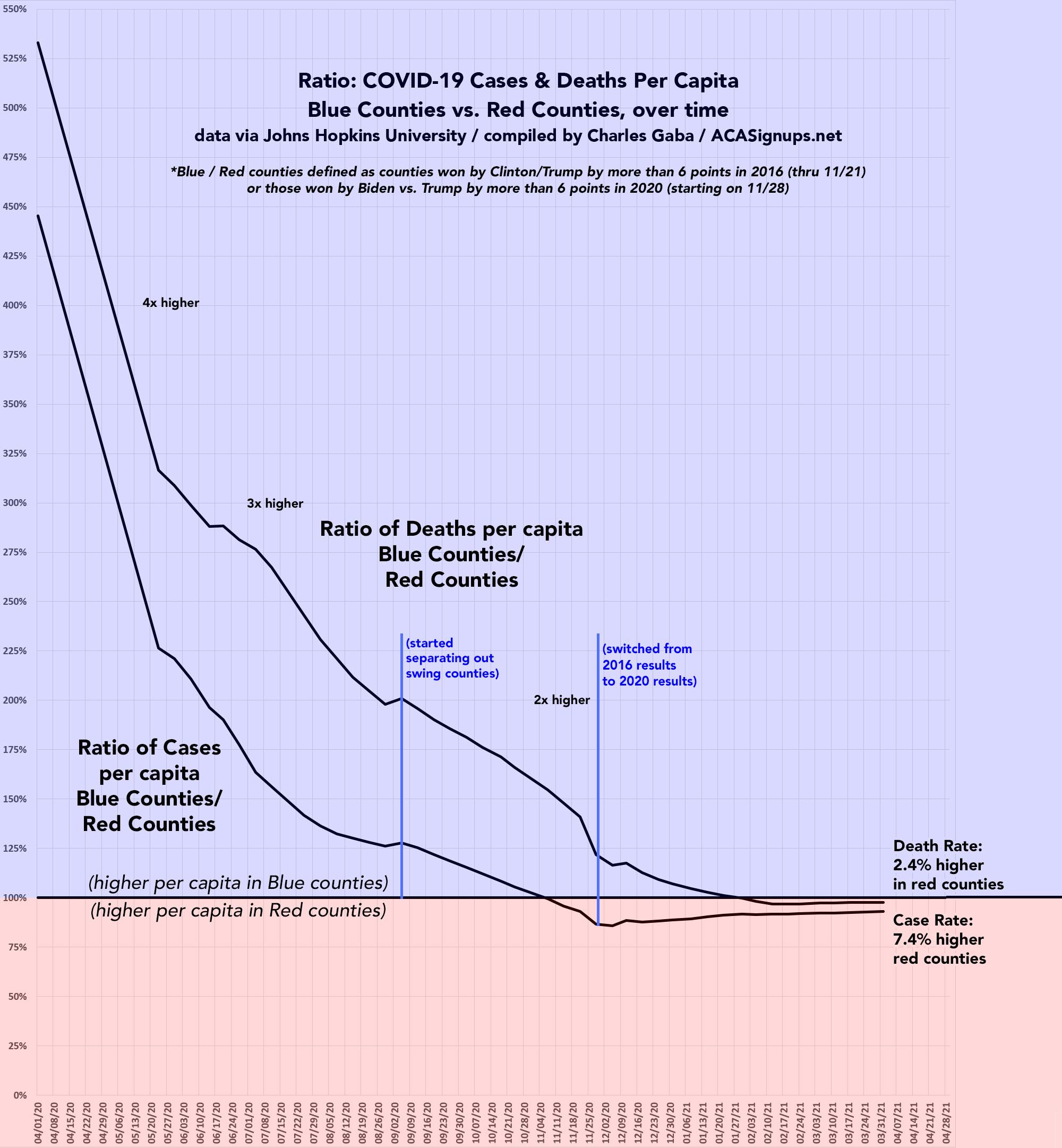 *(Note: Both the number and the population here have increased due to Johns Hopkins University breaking Alaska out further yet--Chugach and Copper River, neither of which apparently have reported any cases or deaths, are newly added...I assume they used to be baked into a larger Alaskan territory).