UPDATE 3/16/21: Health Source Rhode Island just released their 2021 OEP report as well; they ended up down around 8% y/y. With that, I now have either the final official enrollment numbers or at least close approximations for all 50 states + DC. The table, graph and text below have been updated accordingly.

With New York State of Health releasing their 2021 Open Enrollment Report data (w/some caveats), I now have official (or semi-official) enrollment data for 49 states and the District of Columbia. The odd man out is Rhode Island...which also happens to be one of the smallest states with the smallest number of ACA enrollments; last year they enrolled around 34,600 people.

At the very worst, the official CMS 2021 OEP report will come in at something like 11.98 million or so.

UPDATE 3/16/21: With Rhode Island added, the semi-official tally comes in at just over 12.0 million (12,005,270 QHP selections total). Again, it could drop slightly below that if my estimates for a handful of states are off, but it should be damned close to it. 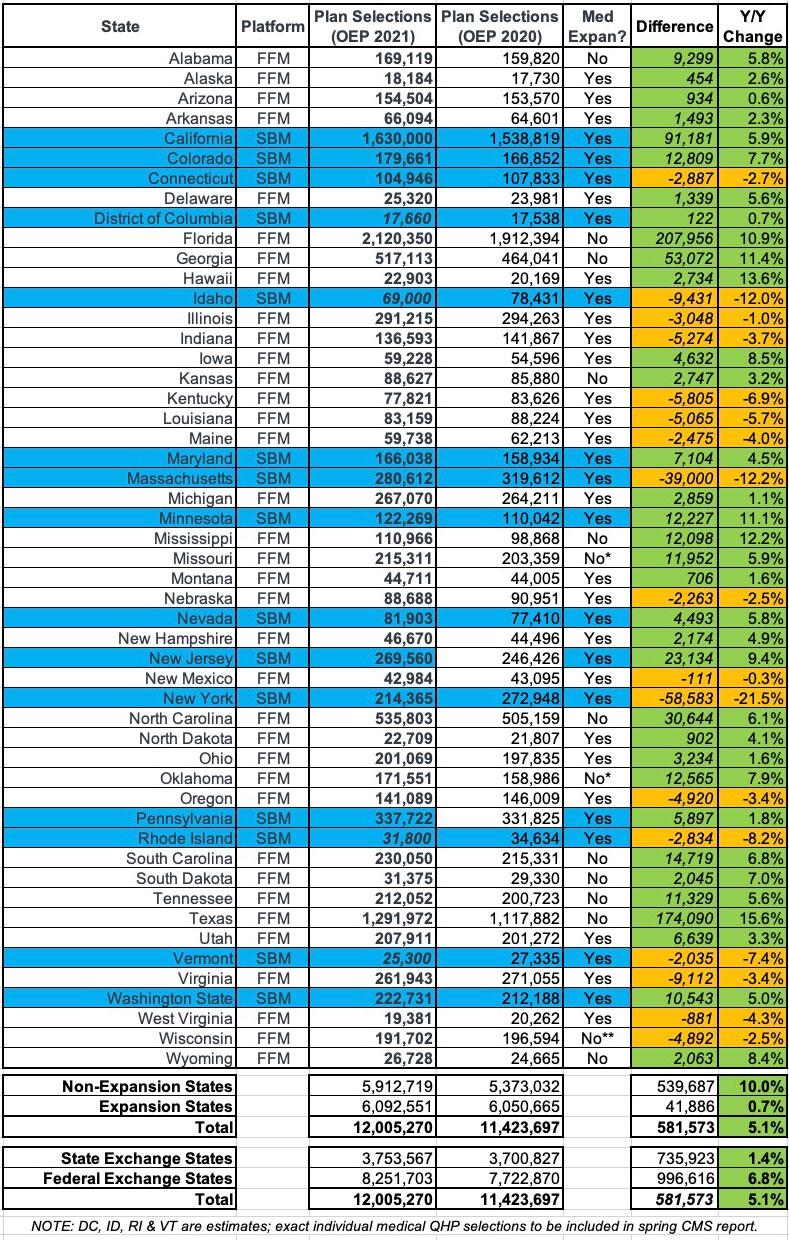 Aside from the ~4.8% overall year over year increase nationally, the most obvious thing to note is the discrepancy between Medicaid expansion and Medicaid non-expansion states. As Andrew Sprung and I have noted before, the massive job loss & income losses due to the COVID-19 pandemic caused millions of people to drop below the 138% FPL income threshold.

In states which have expanded Medicaid, that means a bunch of people shifted from subsidized ACA plans over to Medicaid, mostly cancelling out the new enrollees pouring into the exchanges. In states which didn't expand Medicaid, a chunk of them fell below the 100% FPL threshold and lost coverage entirely, but another chunk (those earning 100 - 138% FPL) either became or remained eligible for heavily subsidized ACA plans instead.

As a result, enrollment in expansion states only increased slightly (likely around 0.5%) vs. last year, while enrolment in non-expansion states went up a solid 10% year over year.

Similarly, the 36 states on the federal exchange (complete) are up 6.8% year over year, while the state-based exchanges are only up around 1.4% vs. last year.

This correlation between Medicaid expansion and having a state-based exchange isn't coincidental, of course; the states which didn't want to establish their own ACA exchanges tend to also be the states which haven't expanded Medicaid, both for an obvious reason.

I should also note that if you include Basic Health Plan enrollments in Minnesota & New York, the 2021 Open Enrollment Period actually matched 2017 in combined enrollment...it's just that a chunk of enrollees shifted from QHPs to BHPs:

Meanwhile, ACA exchange enrollment has since re-opened in all 50 states + DC for the ongoing COVID Special Enrollment Period, so if you haven't signed up yet, now is the time...especially with the signing of the American Rescue Plan into law, which will save most ACA enrollees hundreds or thousands of dollars more per year! #GetCovered today! 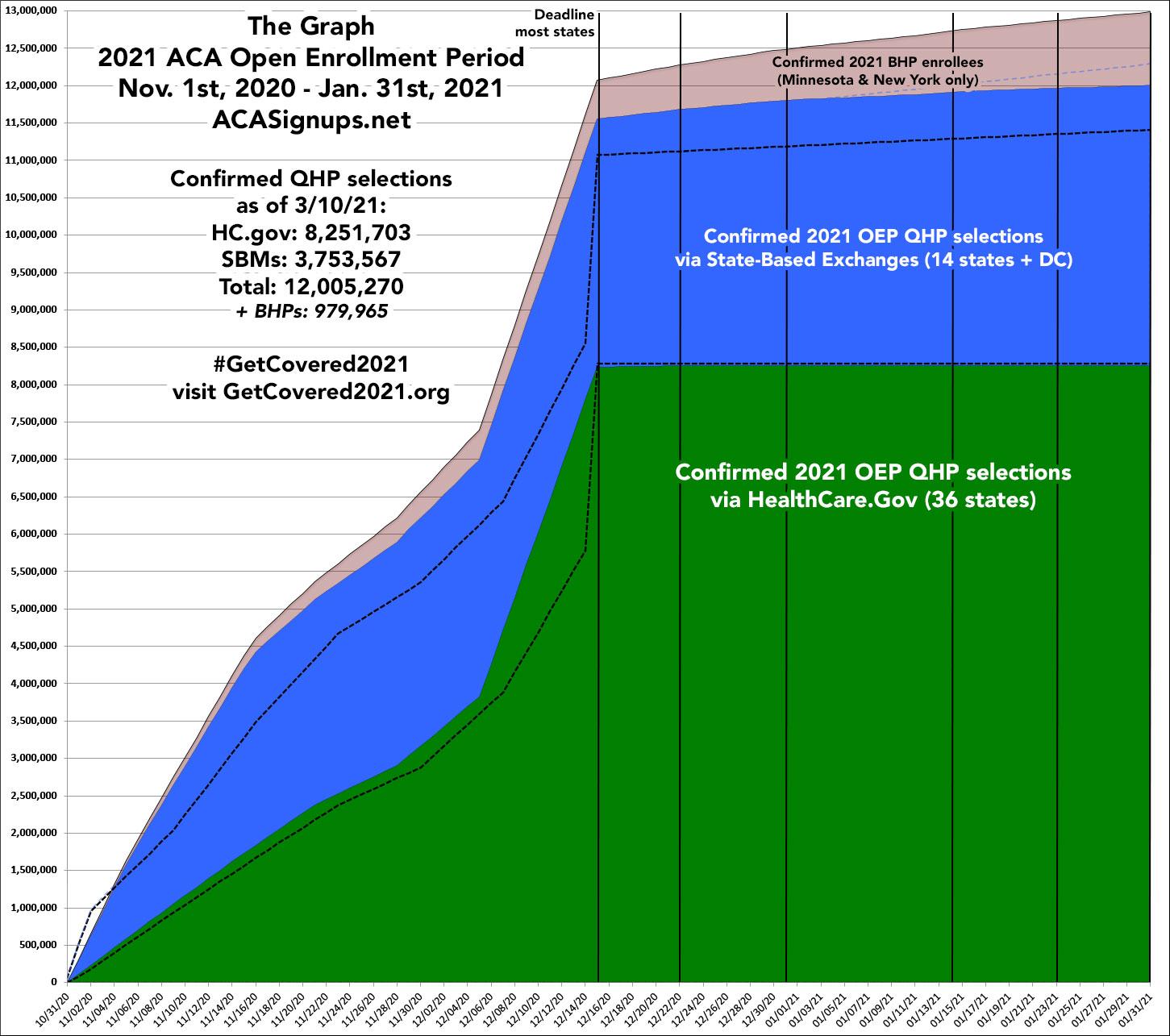