With those caveats in mind, here's the top 100 counties ranked by per capita COVID-19 cases as of Thursday, March 18th, 2021 (click image for high-res version).

For what it's worth, the top 100 top counties voted for Donald Trump by 2.7 points.

Here's the top 100 counties ranked by per capita COVID-19 fatalities as of Thursday, March 18th, 2021 (click image for high-res version):

The 100 counties with the highest COVID-19 death rates voted for Donald Trump by 19.9 points. 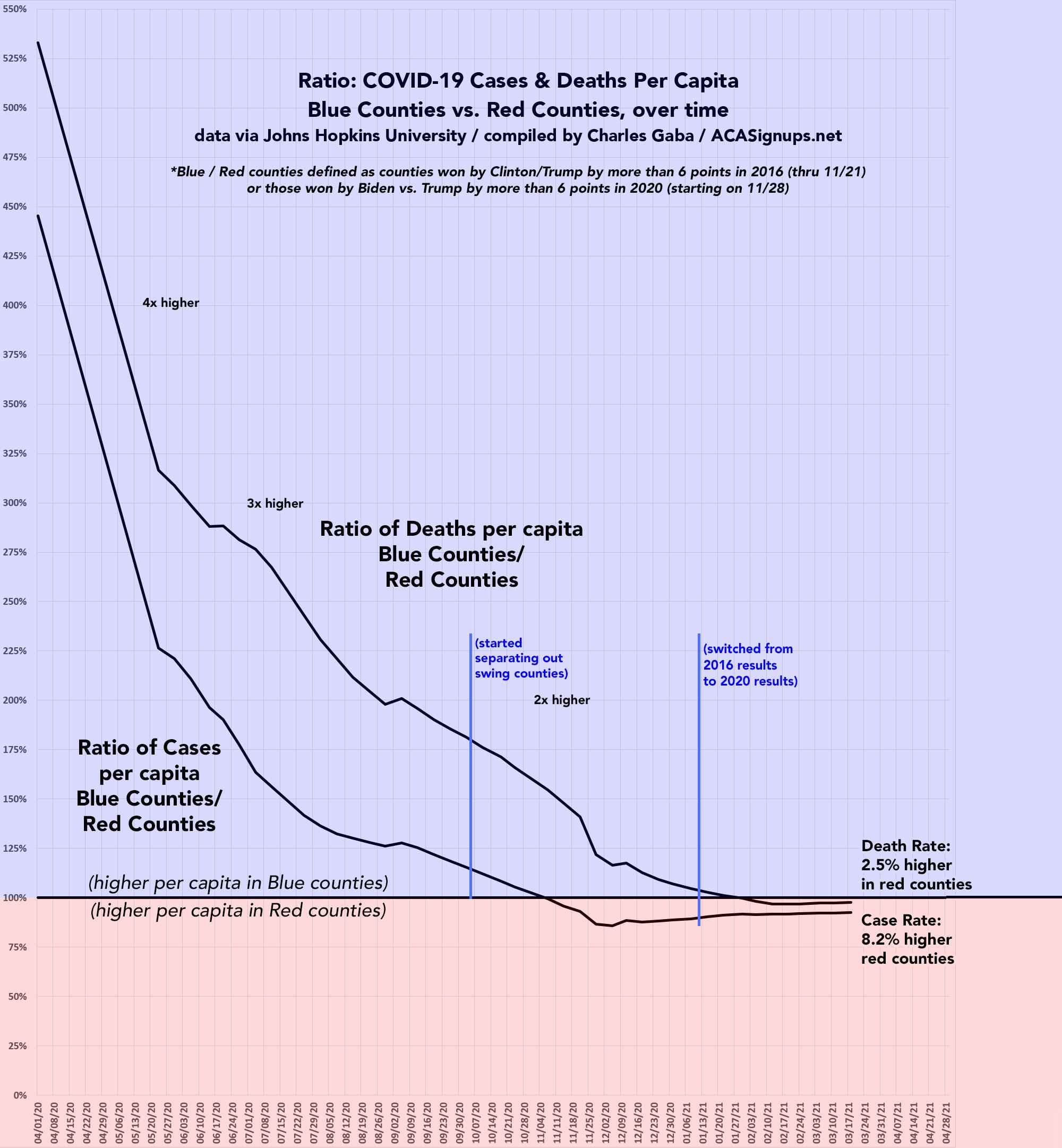