With these updates in mind, here's the top 100 counties ranked by per capita COVID-19 cases as of Thursday, February 25th, 2021 (click image for high-res version). 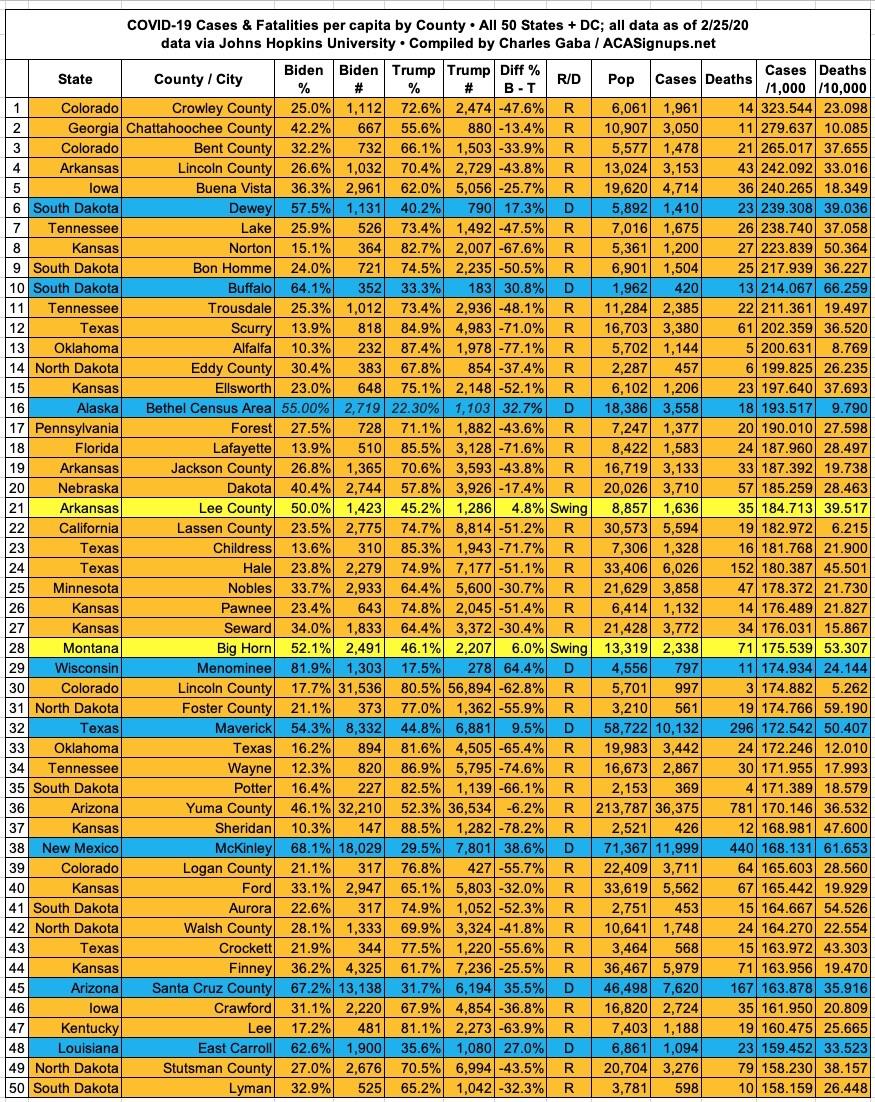 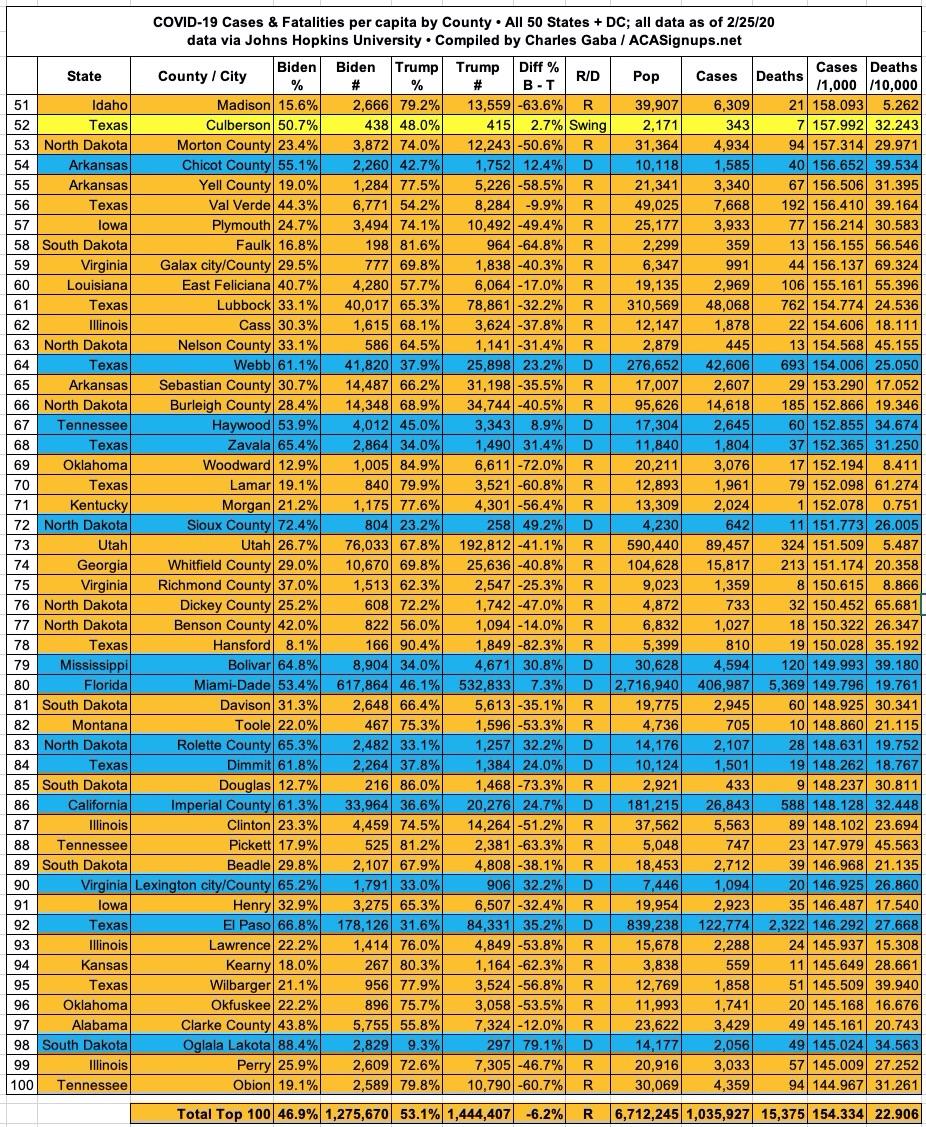 For what it's worth, the top 100 top counties voted for Donald Trump by 6.2 points.

Here's the top 100 counties ranked by per capita COVID-19 fatalities as of Thursday, February 25th, 2021 (click image for high-res version): 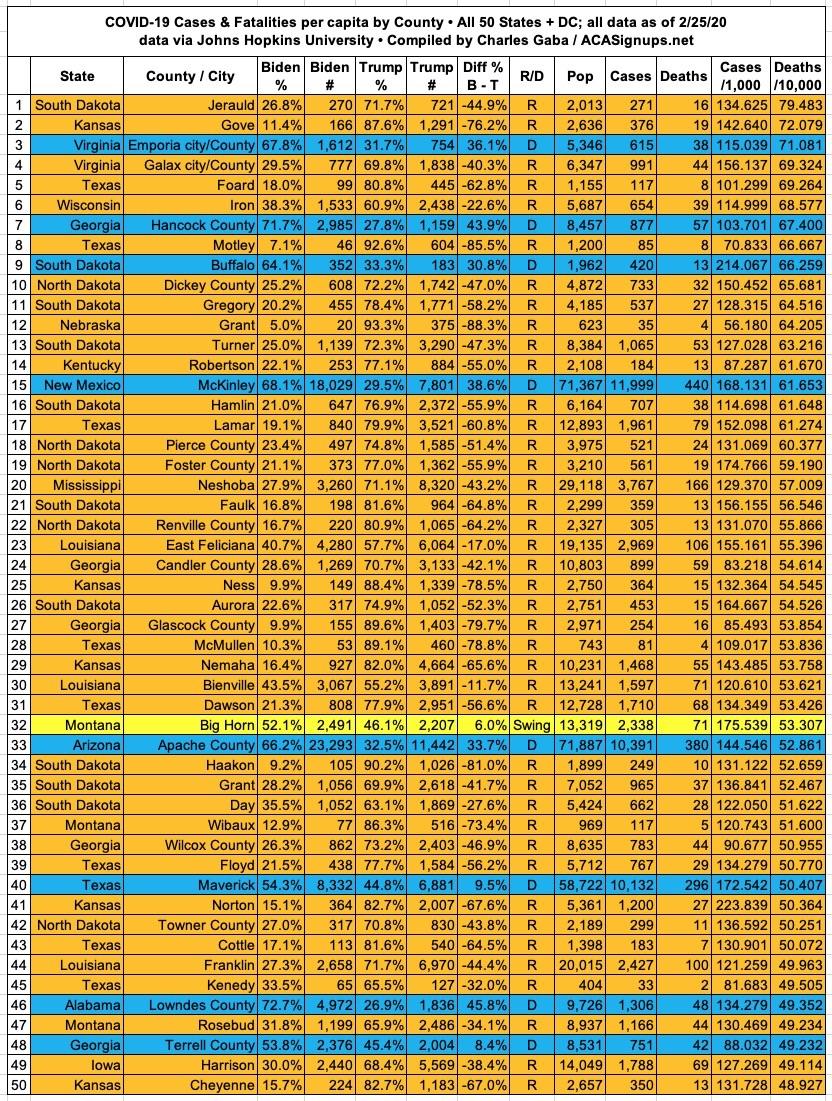 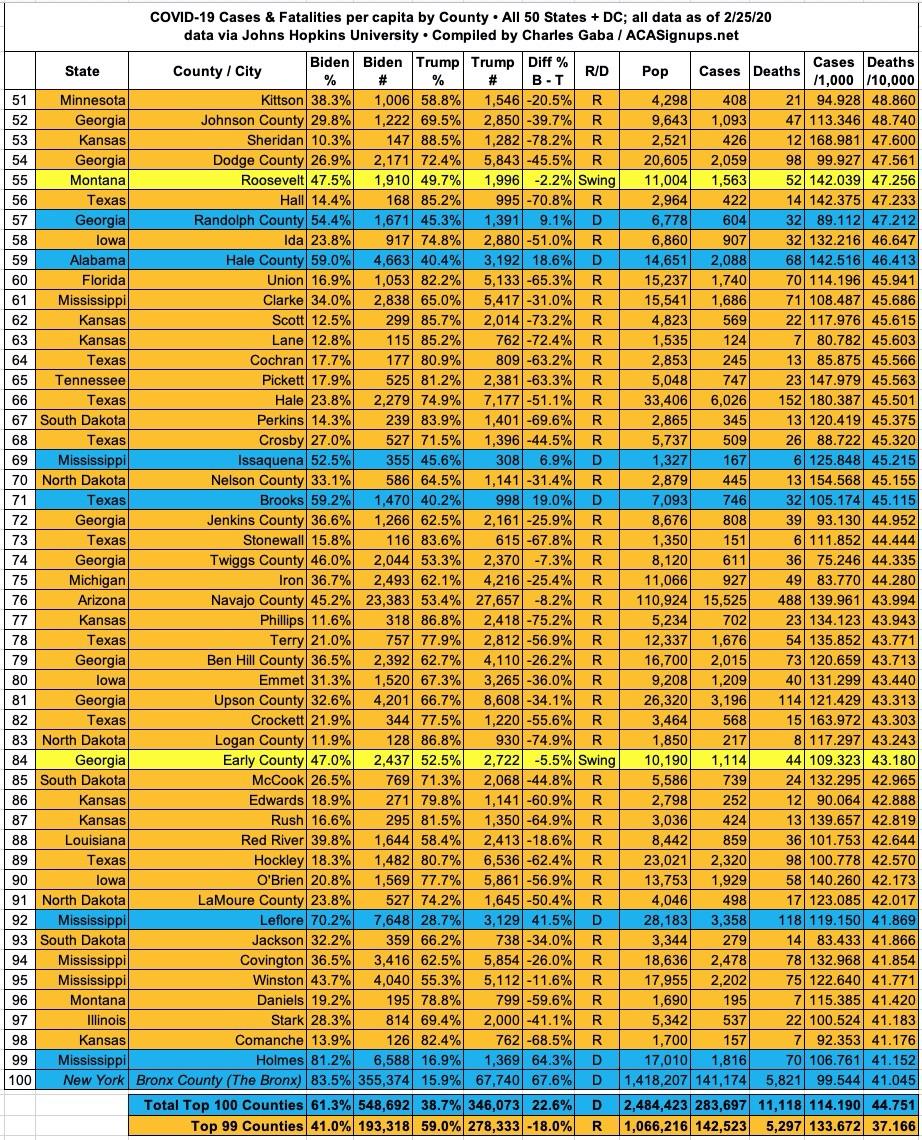 Here's an interesting example of how adding a single county to the list can utterly shift what things look like: A week ago, the top 100 counties voted for Donald Trump by nearly 21 points...but a week later, this has reversed itself: The 100 counties with the highest COVID death rate have now voted for Biden by 22.6 points.

So what changed? Easy: Last week The Bronx didn't quite make the top 100 (it came in at #103). This week it squeaks in at #100...and since more people live in the Bronx than in the other 99 counties combined, and the Bronx is extremely blue (voting for Biden over Trump by a whopping 68 points), it completely overwhelmed the trend. If you leave the Bronx out of the mix, the other 99 counties voted for Trump by 18 points. 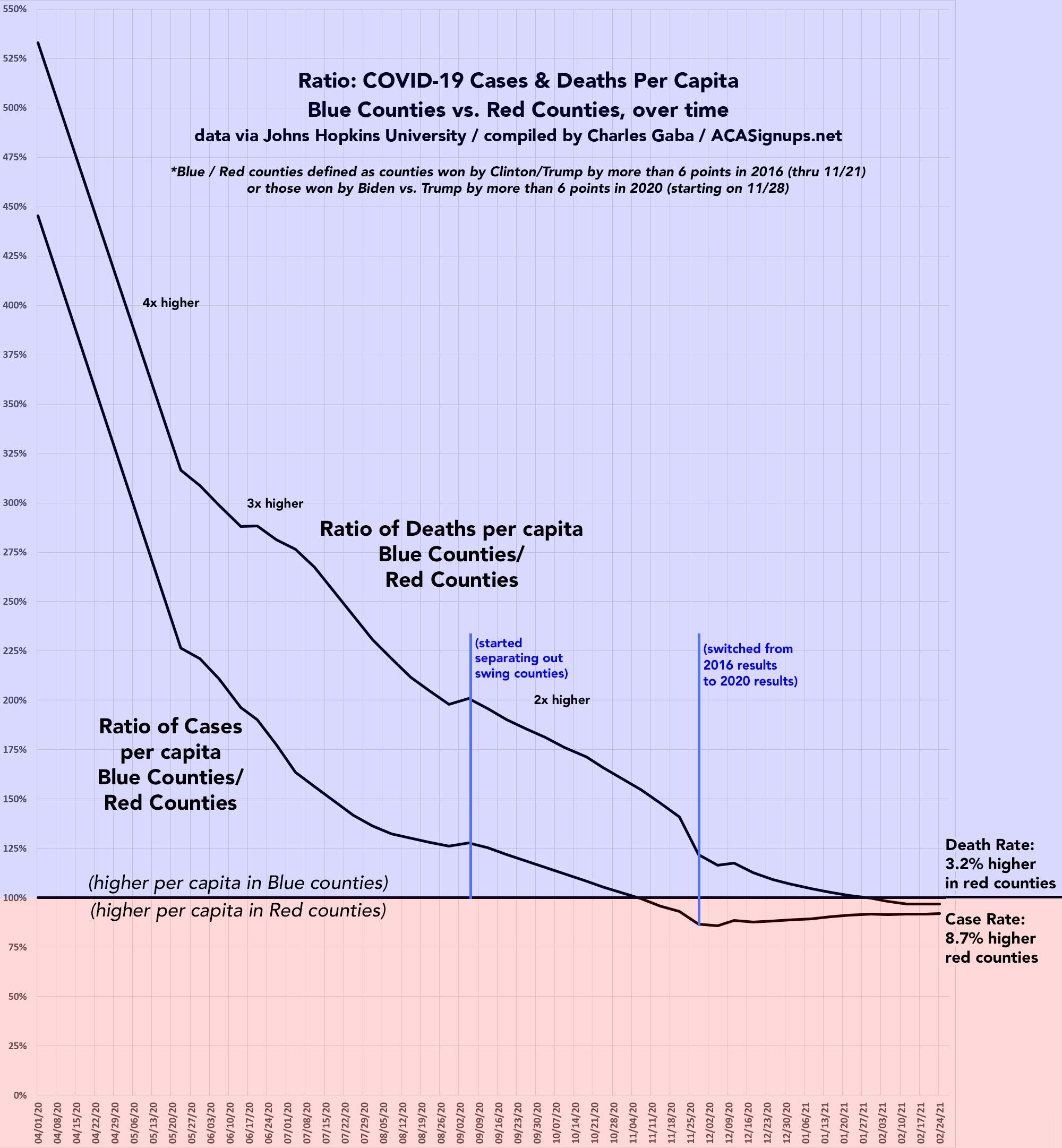