With these updates in mind, here's the top 100 counties ranked by per capita COVID-19 cases as of Friday, February 19th, 2021 (click image for high-res version). 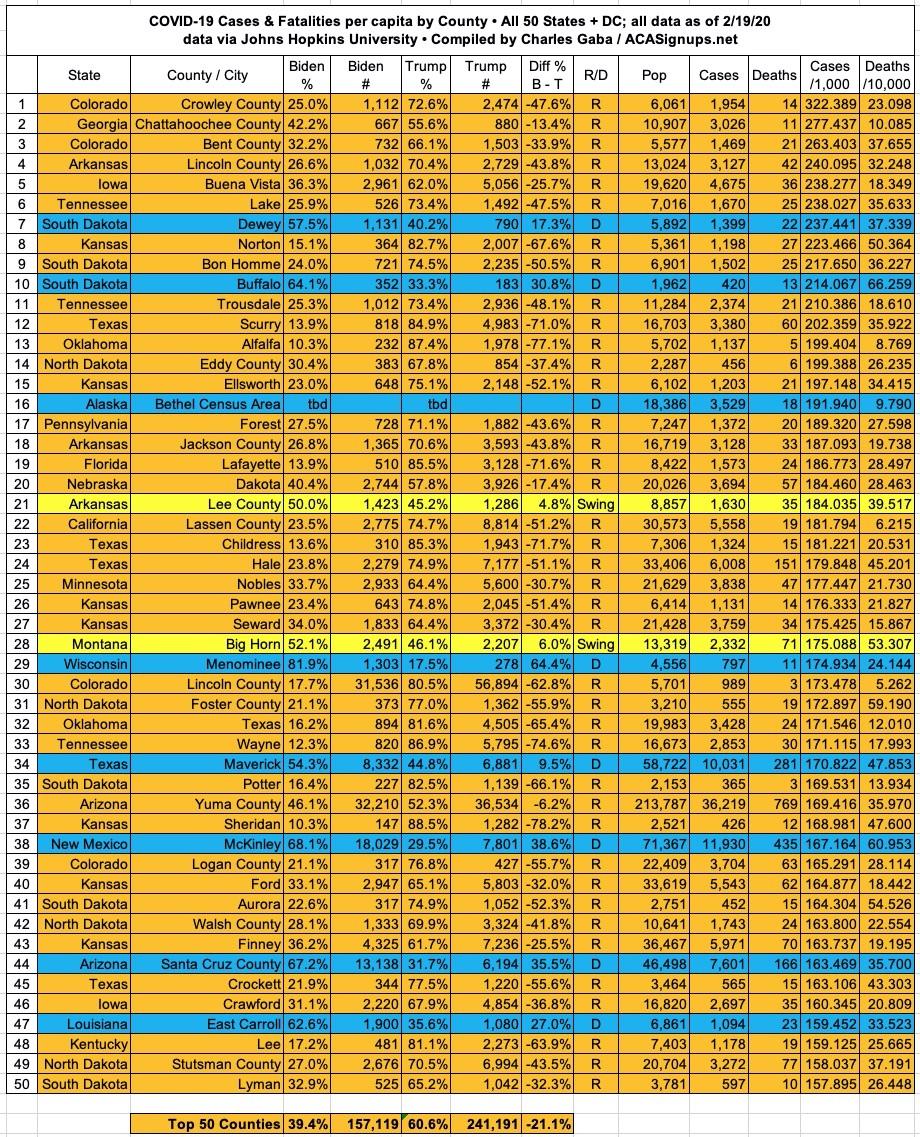 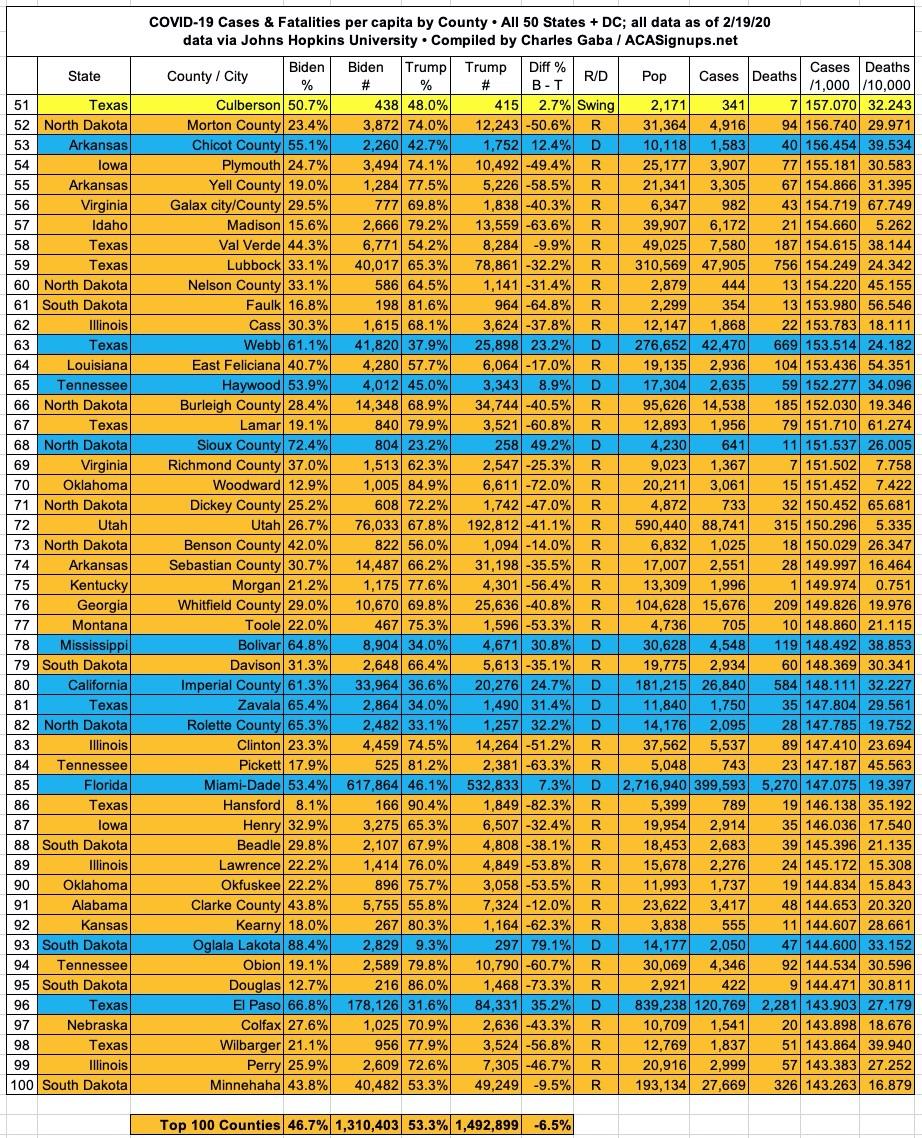 Here's the top 100 counties ranked by per capita COVID-19 fatalities as of Friday, February 19th, 2021 (click image for high-res version): 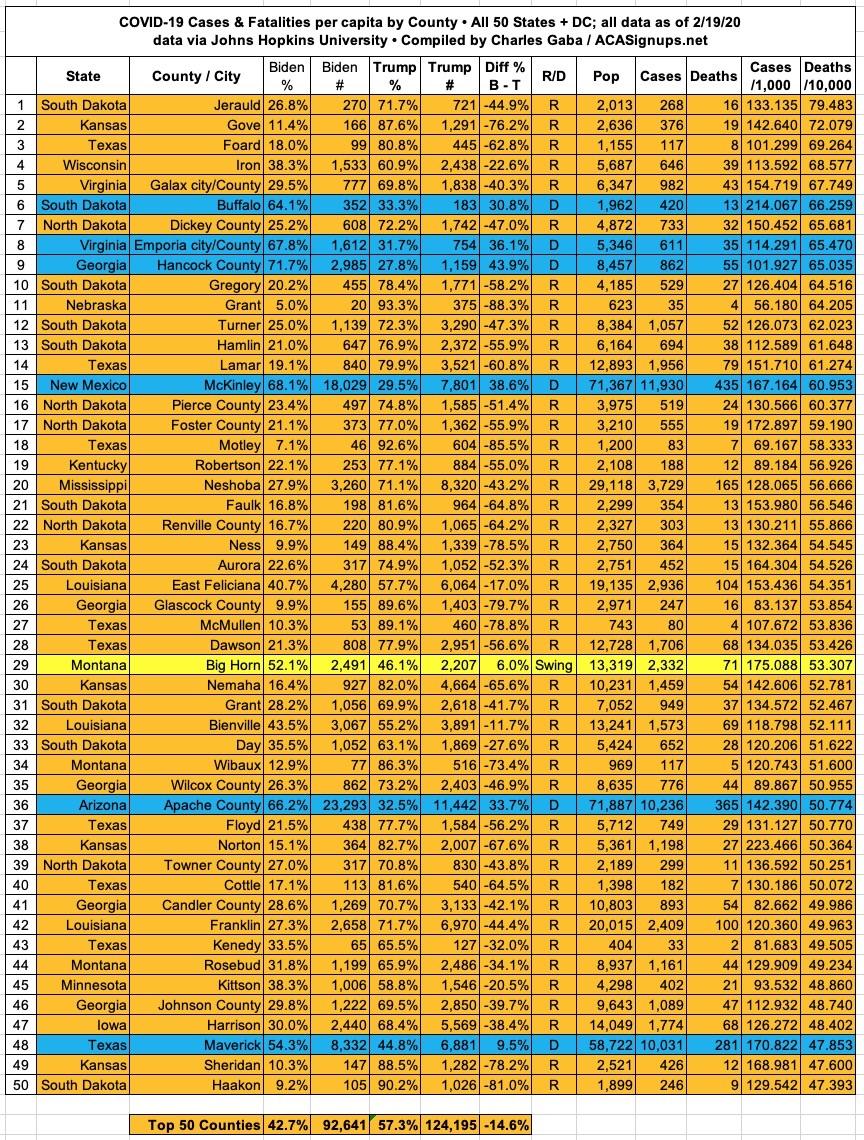 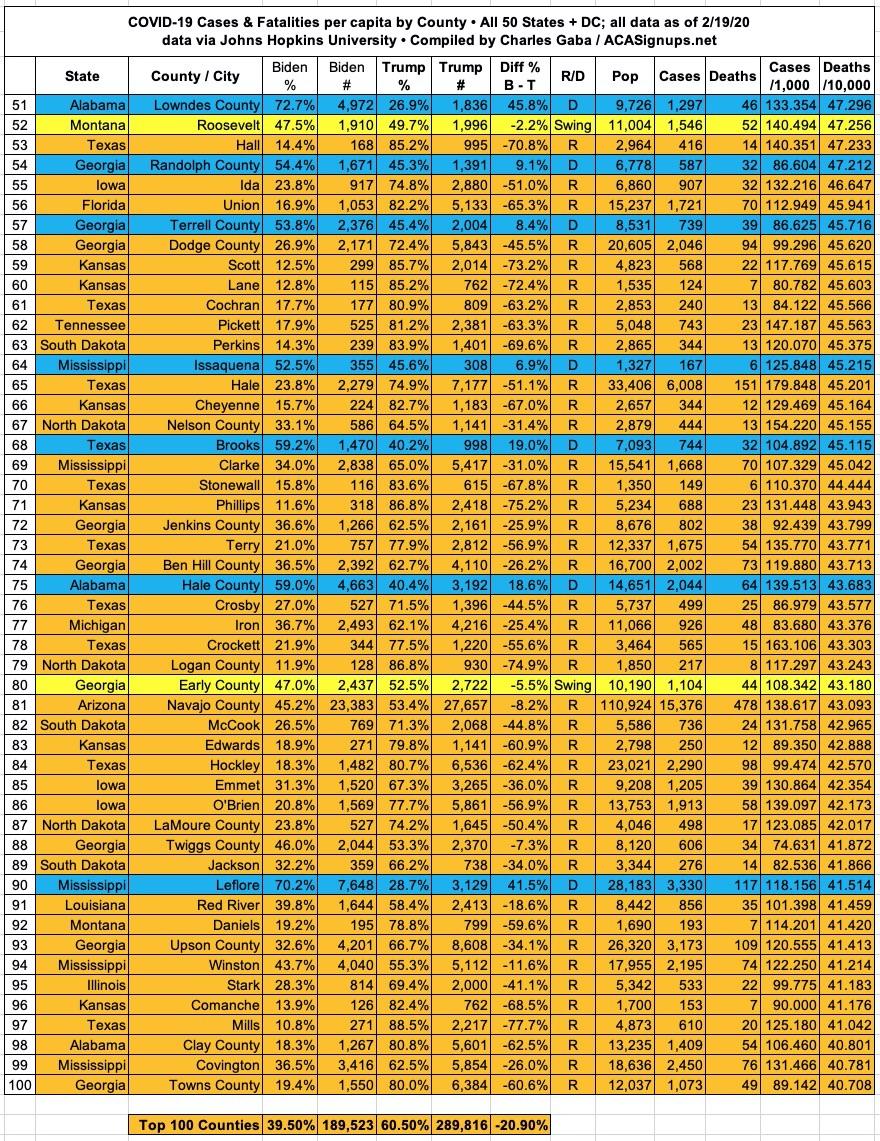 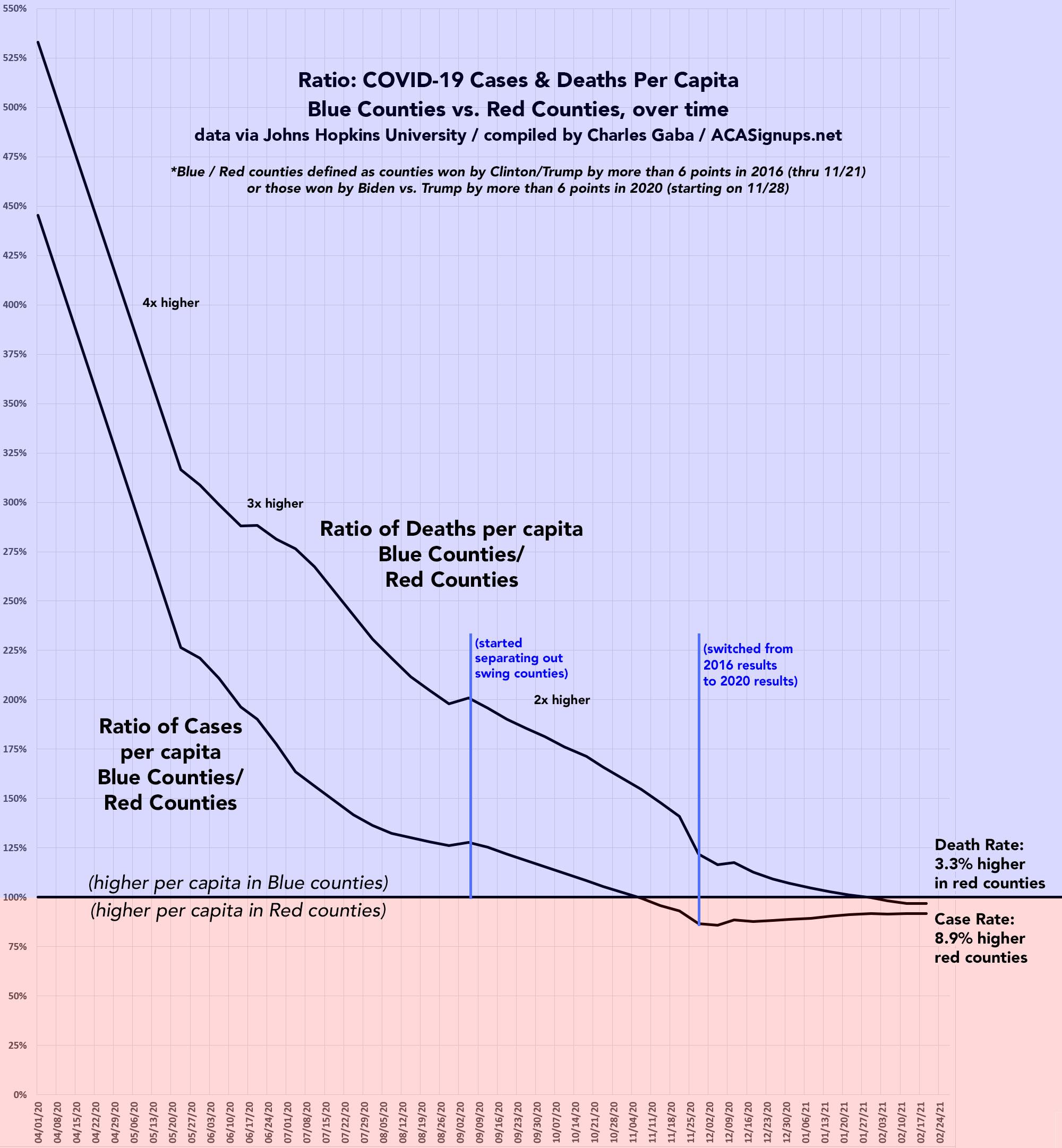