DC Health Link, the District of Columbia's ACA exchange, has released a new 2021 Open Enrollment report, and while the numbers aren't surprising, they're also a bit fuzzy for a couple of reasons.

Normally I'd say this gap is due to those not paying their first monthly premium, but the CMS report is supposed to reflect QHP selections, not effectuations, which are always a smaller number. Furthermore, the new DC report lists 2021 effectuations as just 16,240...up 1.1% over last year's 16,060 effectuations as of the same date (Feb. 5th).

Until I hear otherwise from DC Health Link or the CMS report, that's what I'm going with for now. 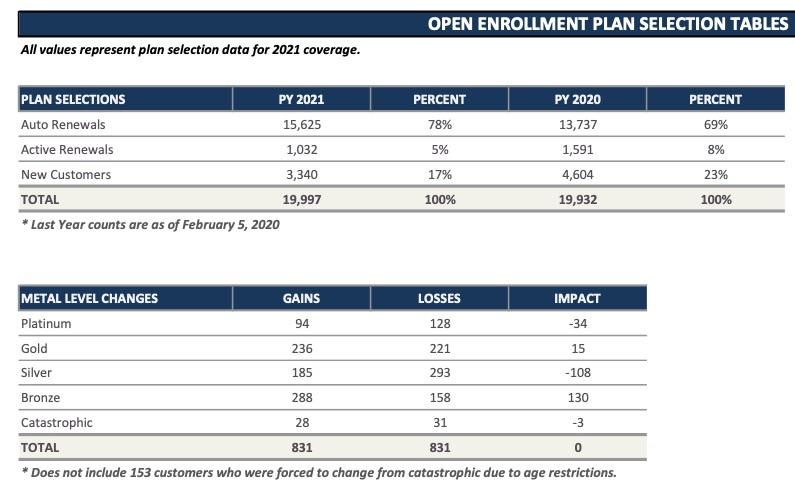