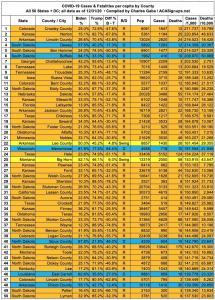 With these updates in mind, here's the top 100 counties ranked by per capita COVID-19 cases as of Thursday, December 31st, 2020 (click image for high-res version). 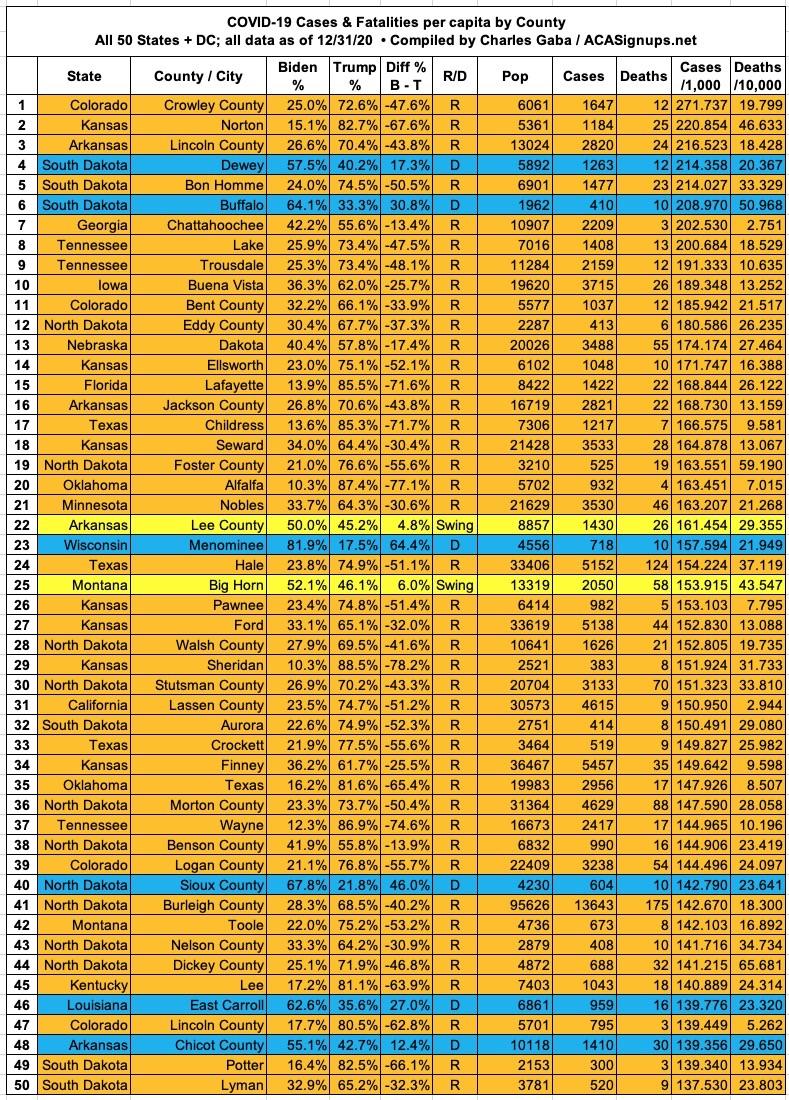 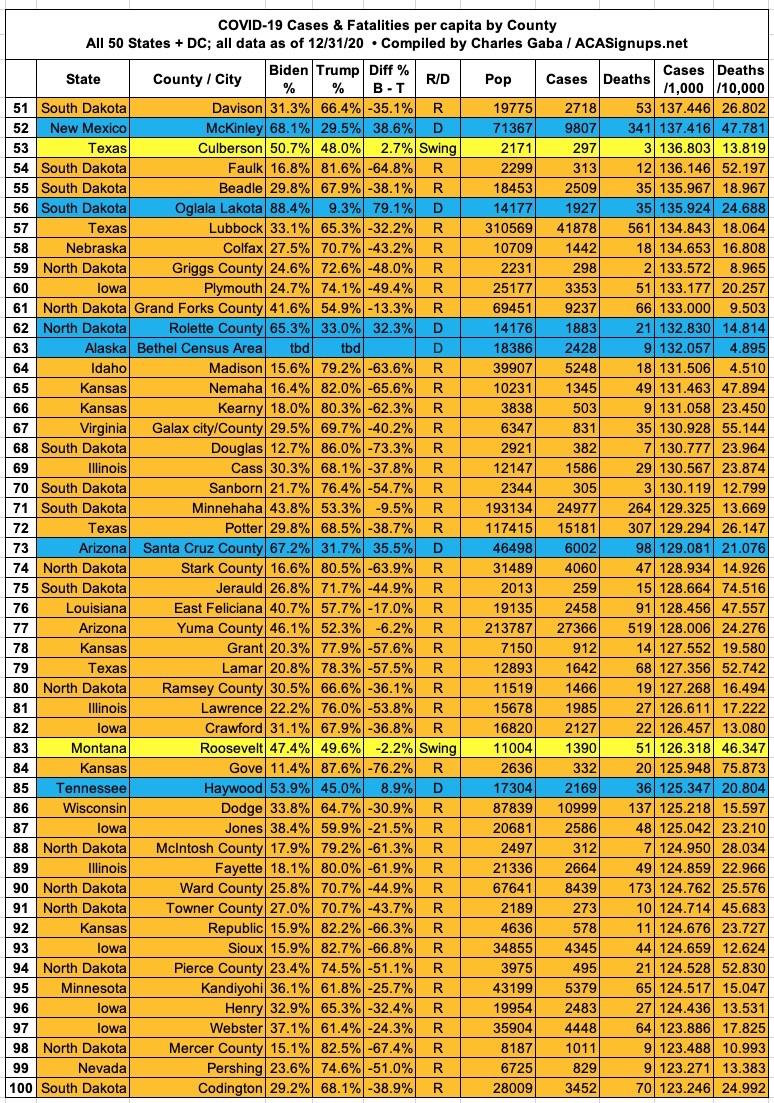 Here's the top 100 counties ranked by per capita COVID-19 fatalities as of Thursday, December 31st, 2020 (click image for high-res version): 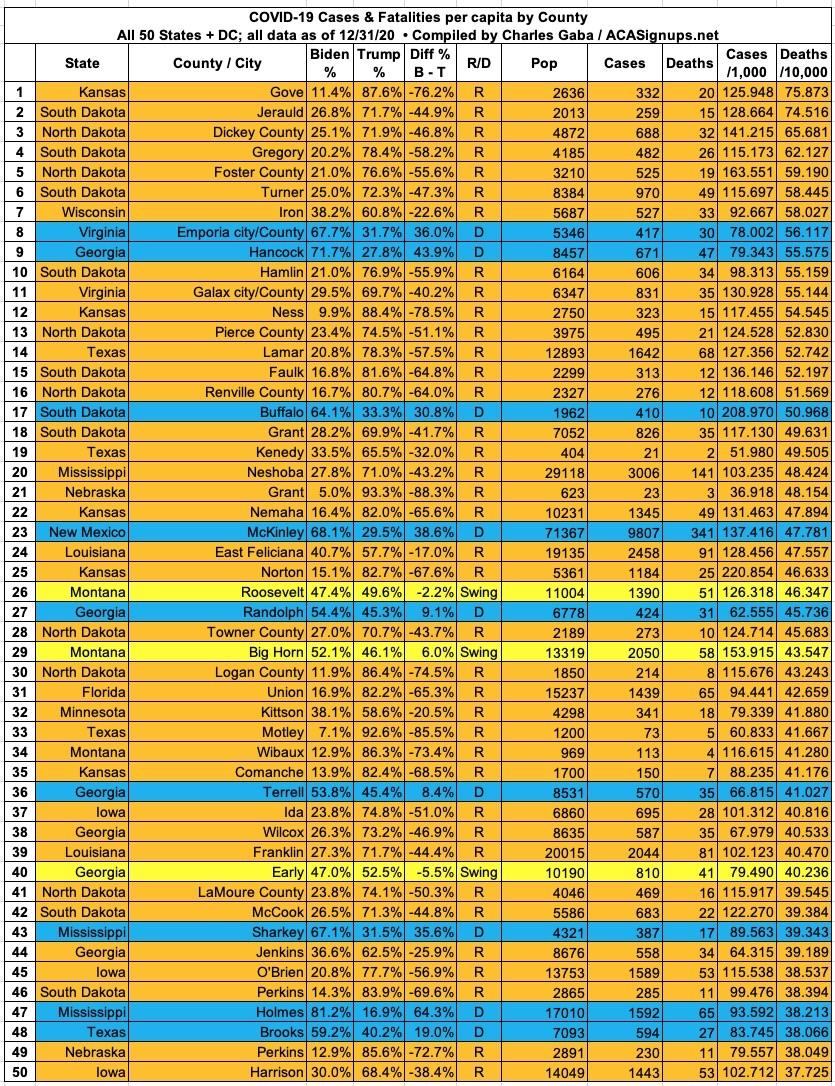 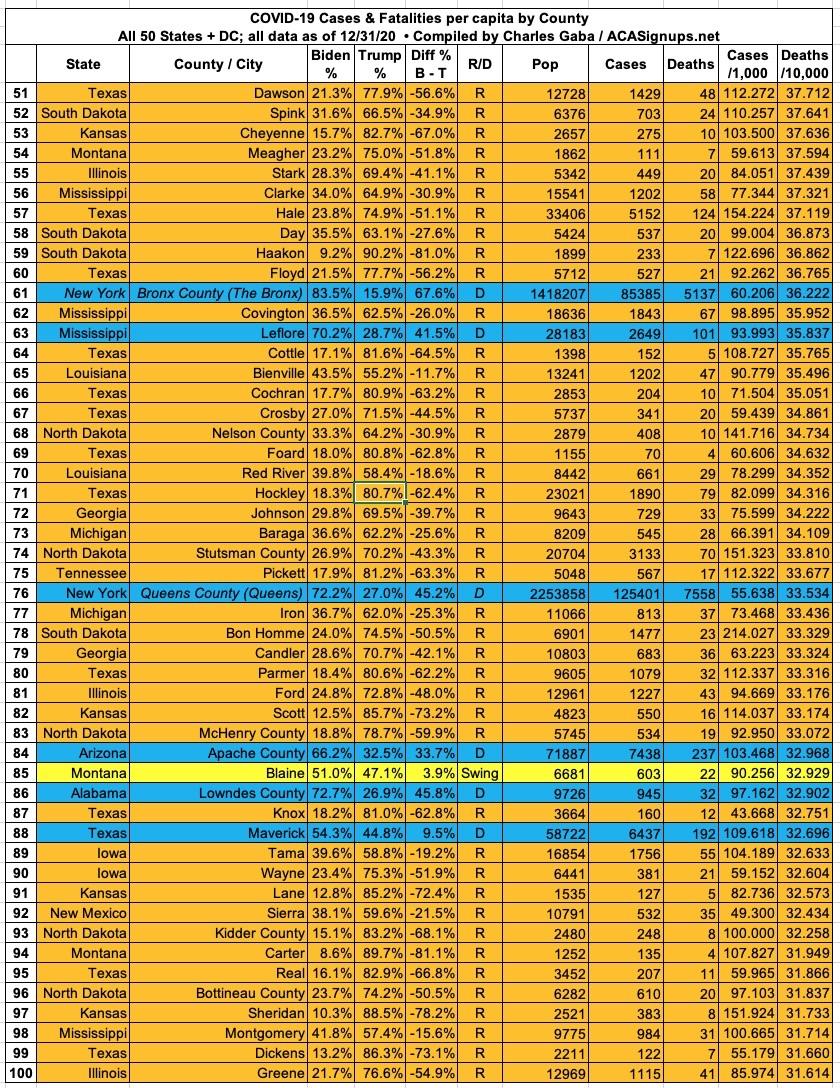 As of today, CASES per capita are now running 13% higher in the Red Counties, and the COVID MORTALITY rate is now just 7% higher in the Blue Counties. 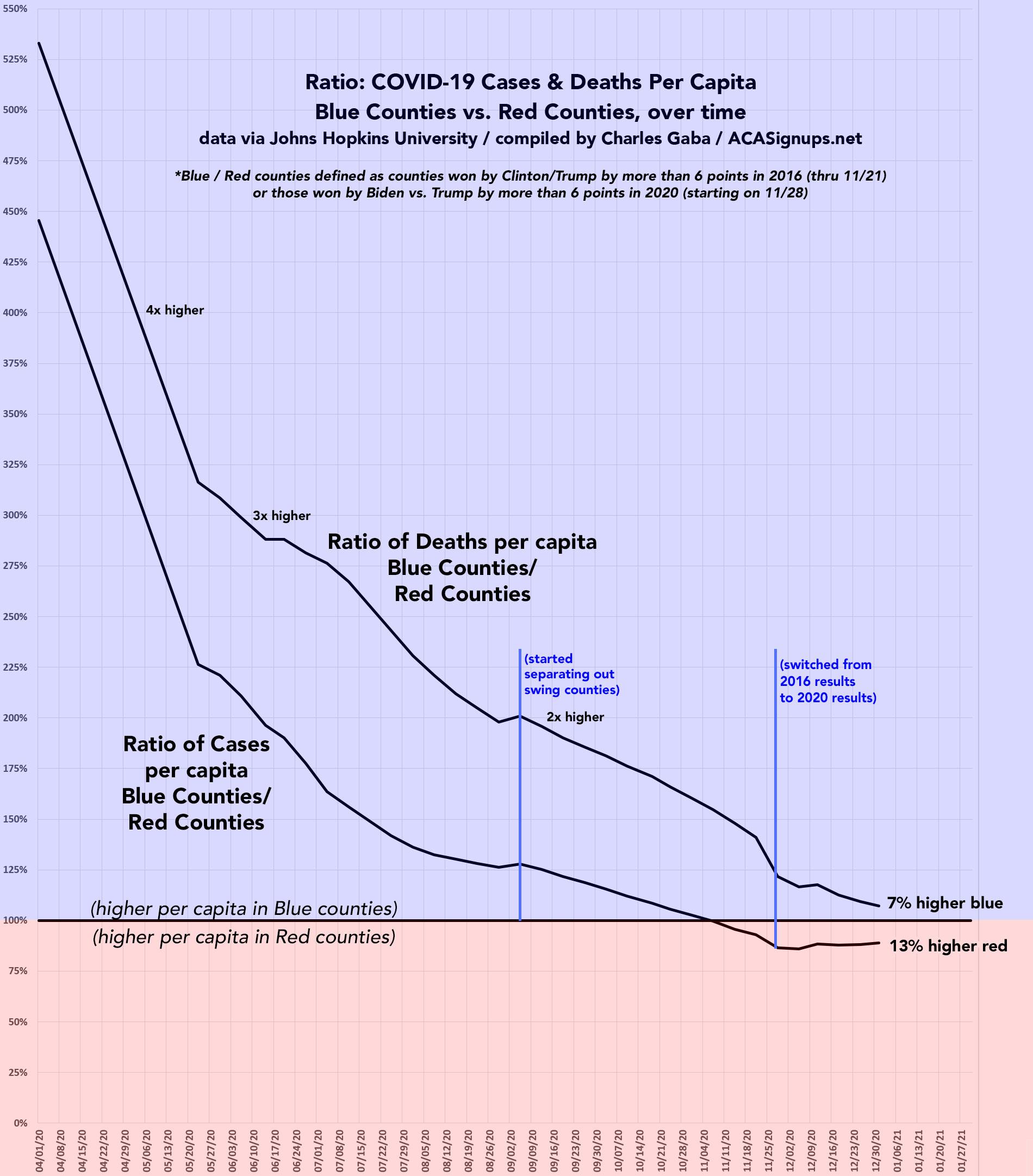