California: @CoveredCA enrolled 1.443 million QHPs as of 11/16; you still have time to #GetCovered!

Merry Christmas to those who celebrate! As a Jew, my Christmas Eve activity consists of...digging through the Covered California November Board of Directors monthly Executive Director's Report slideshow!

There's a bunch of useful wonky data stuff, but for purposes of this entry, it's slides 18 & 19 which are of particular interest. Most state-based ACA exchanges don't launch Open Enrollment until November 1st, but Covered California opens up re-enrollment for current members earlier. Usually they let current members renew for the upcoming year as early as October 15th, but this year they moved that up even sooner, to October 1st.

As a result, while they haven't put out any official press releases about it, as of November 16th, over 1.4 million of their ~1.5 million existing enrollees had already been re-enrolled for 2021. In addition, they had another 32,000 Californians sign up in the first two weeks of November.

It's worth noting, however (see small text at bottom) that the final number of re-enrollments may drop a bit as some renewed enrollees are instead shifted over to Medicaid or drop their coverage before the final auto-renewal process completes (which may have already have happened as of this writing). 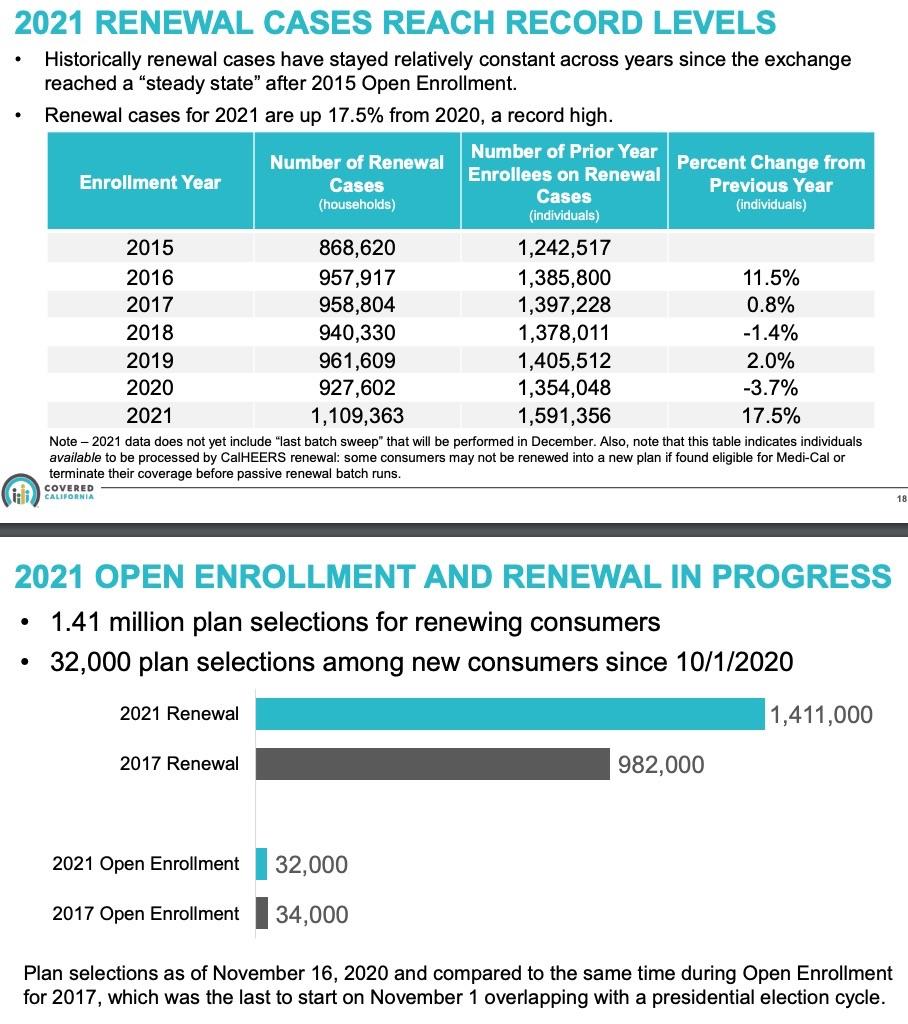