They haven't issued a press release, but the December board meeting PDF for Pennsylvania's new ACA exchange, Pennie, breaks out their first Open Enrollment Period numbers in detail, and they're doing pretty well so far:

During the 2020 Open Enrollment Period, Pennsylvania enrolled 331,825 people, so they're technically 3.6% below that as of the same date...except that operating their own exchange means they were able to extend their Open Enrollment Deadline out farther. This doesn't just mean people have more time to enroll, it also means that there isn't the same last-minute surge on 12/15 that states with that deadline have, so it's not reasonable to assume they're "doing worse" as of the same point in time. 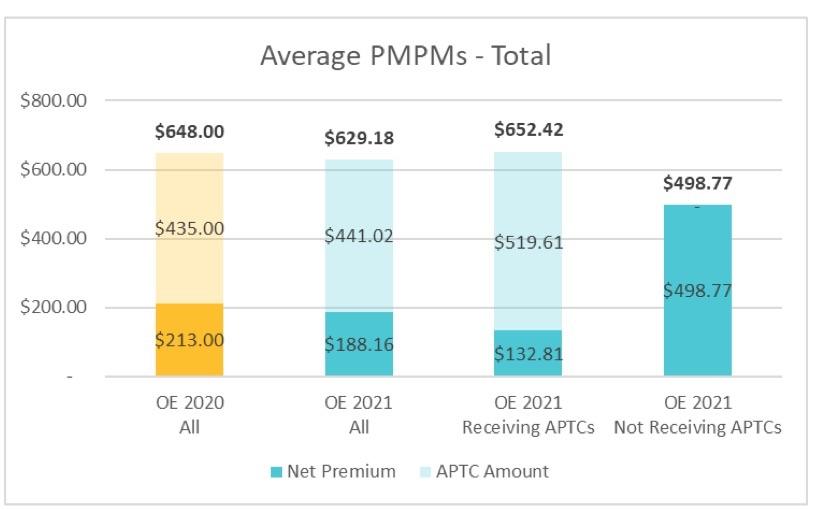 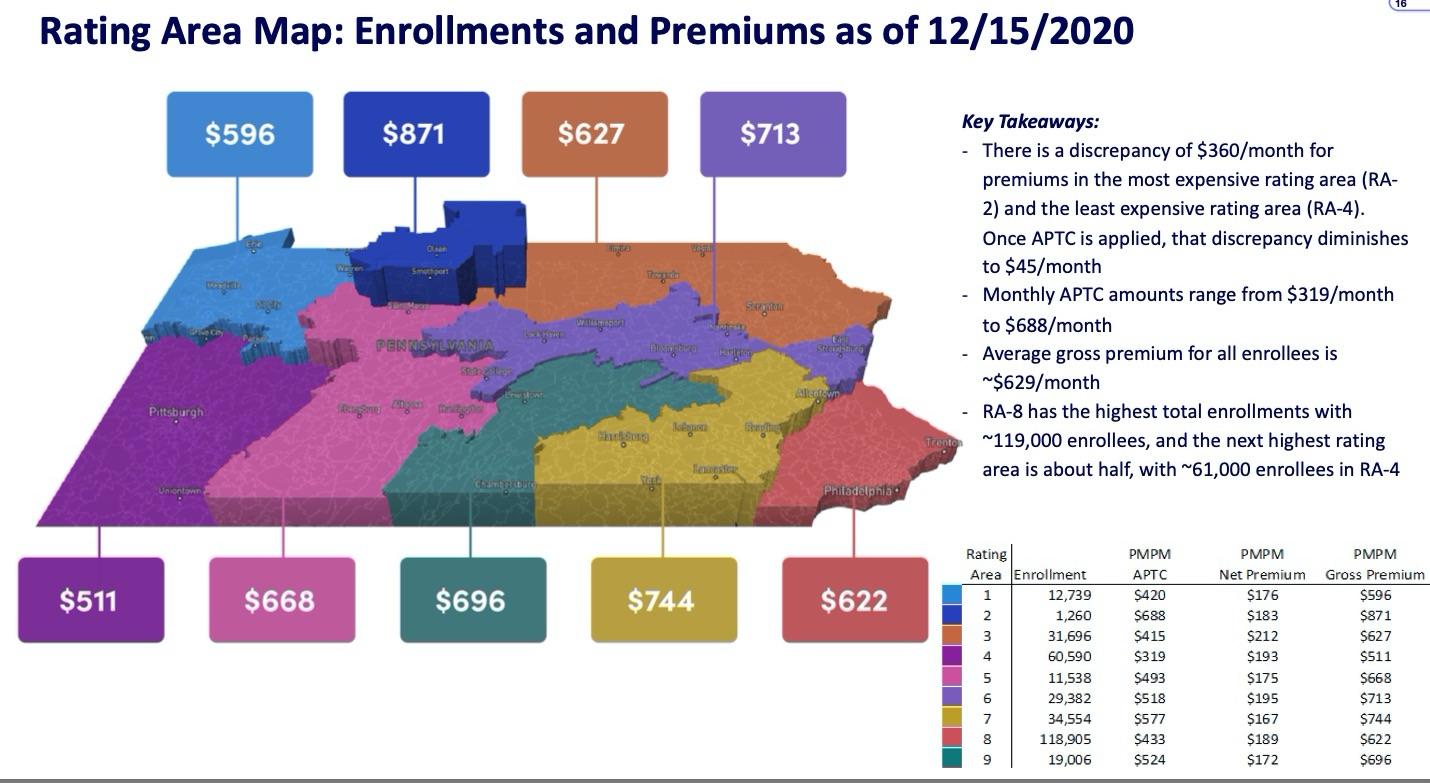 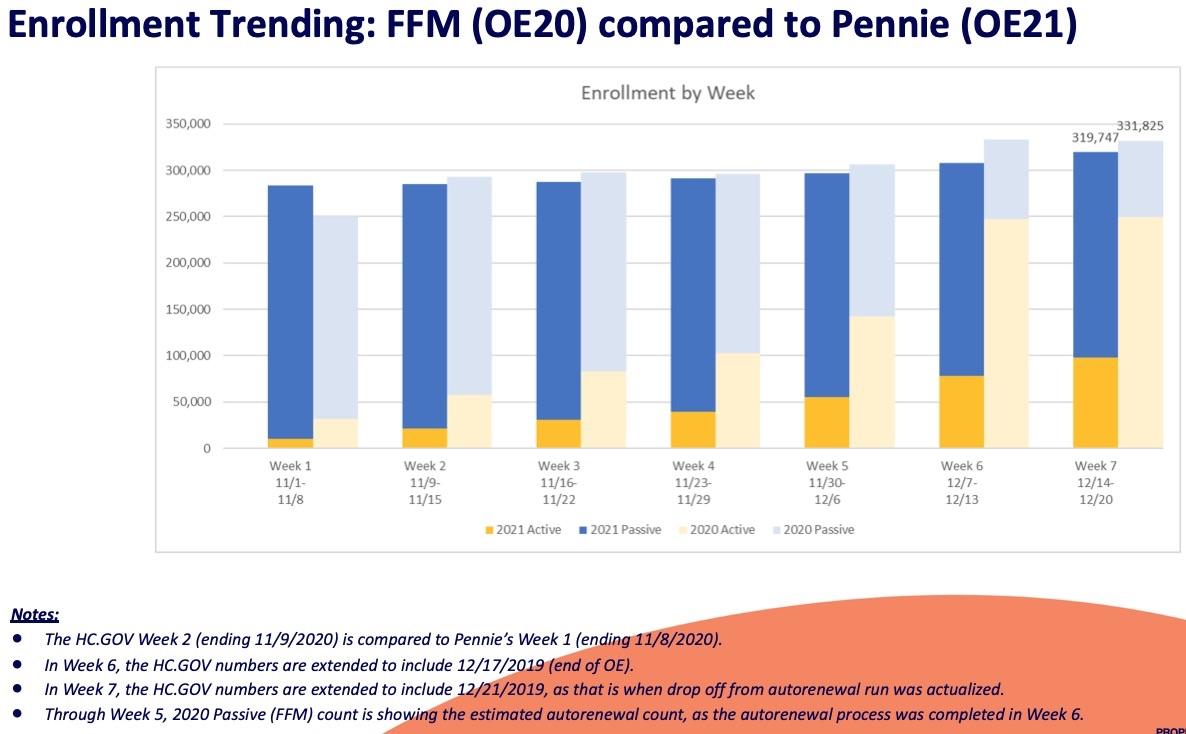