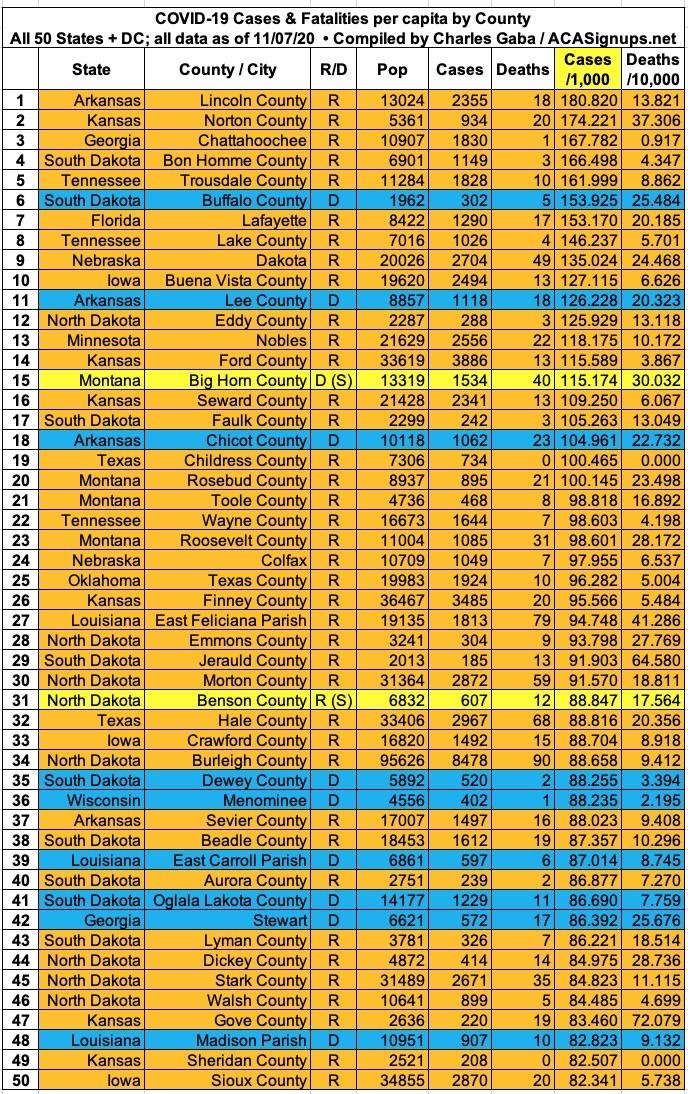 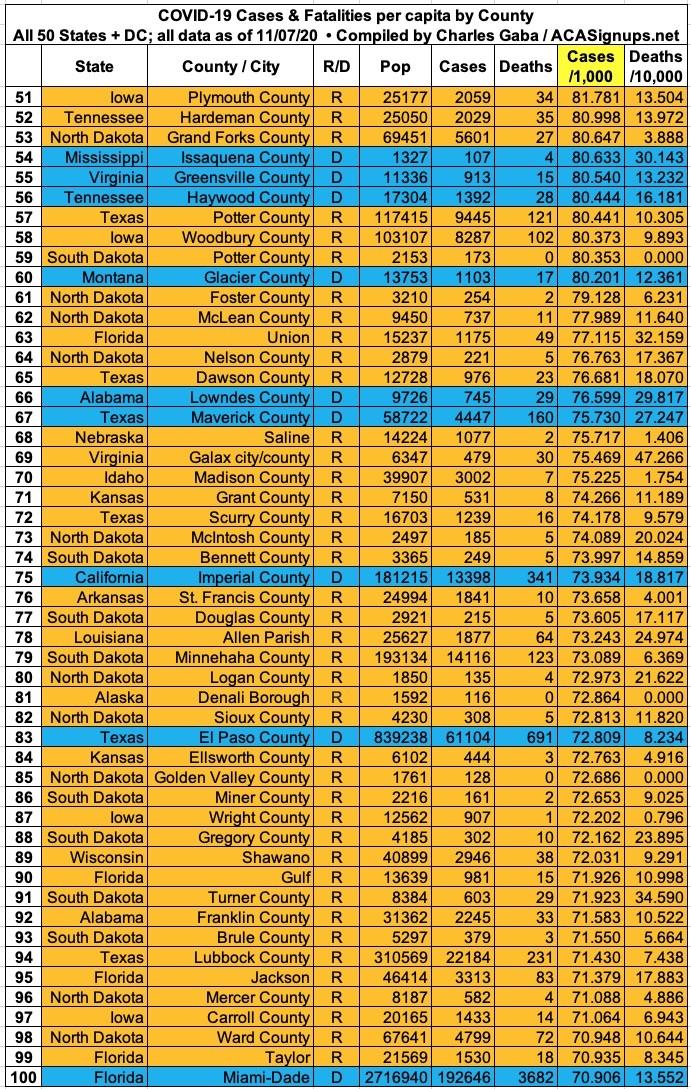 80 of the top 100 counties were won solidly by Donald Trump in 2016 (it will be awhile before we know the 2020 election results at the county level).

Here's the top 100 counties ranked by per capita COVID-19 fatalities as of Saturday, November 7th (click image for high-res version): 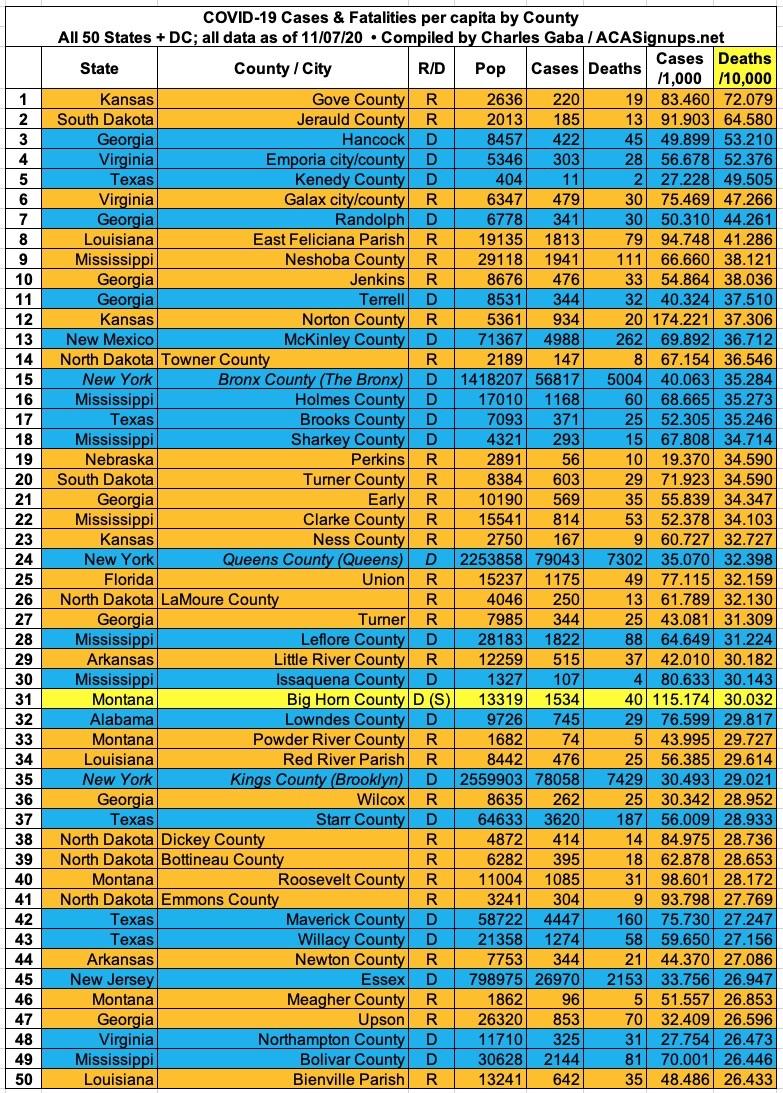 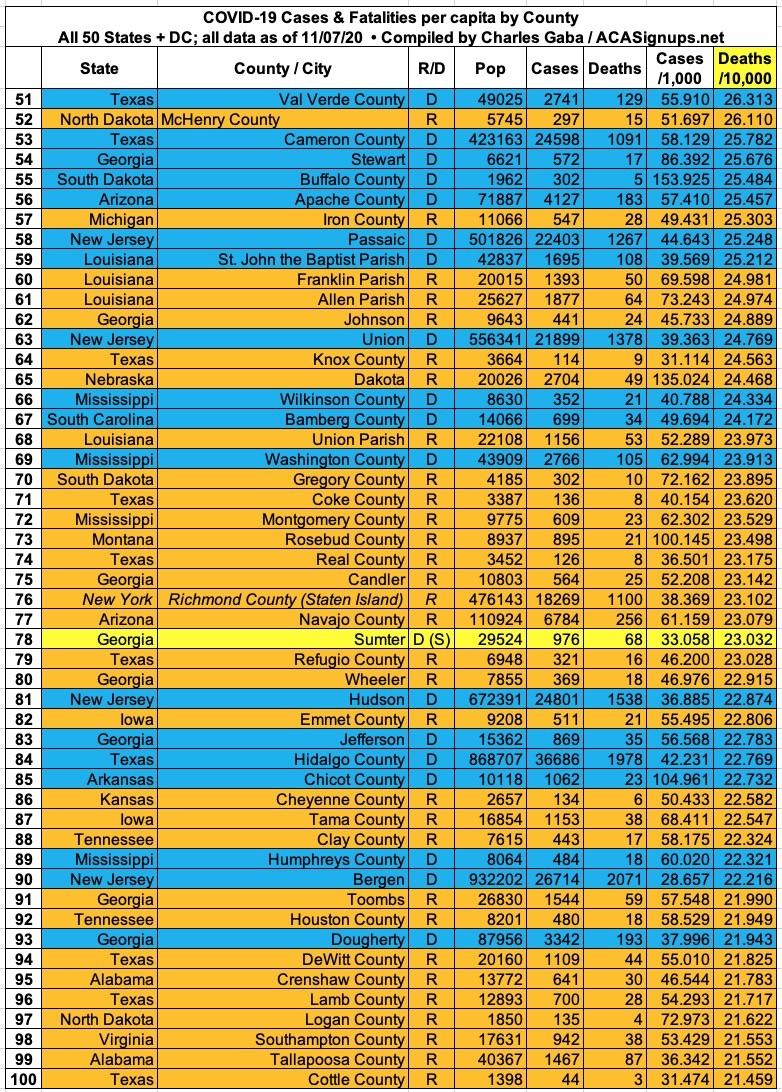 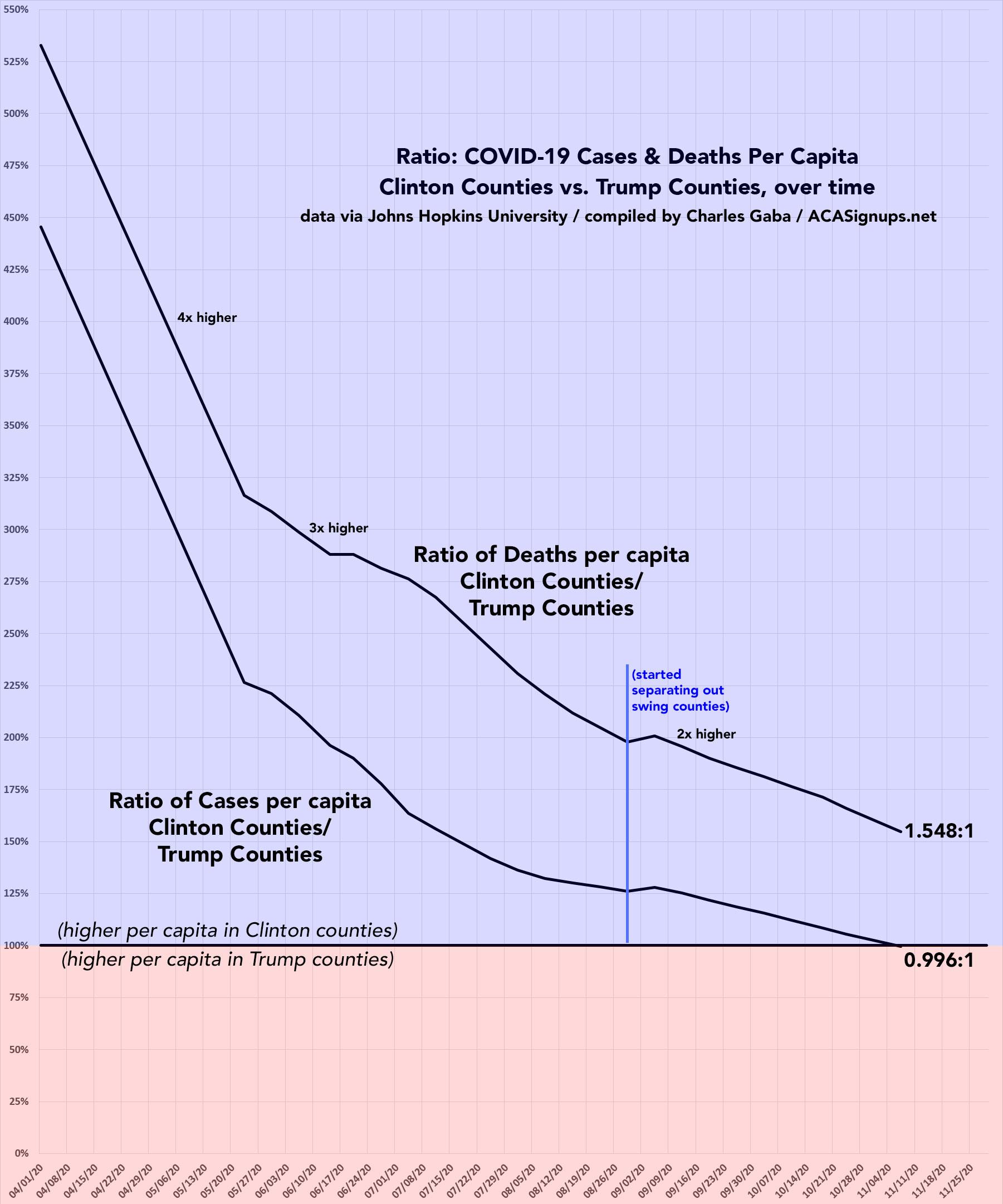