It was recently brought to my attention that revised rate filings have been submitted by Maine carriers for 2021...and while these still aren't the final/approved rates, they're significantly lower than the original filings.

Two of the three indy market carriers (Anthem and Harvard Pilgrim) have reduced their rates dramatically. The third (CHO) only reduced theirs by a couple of points, but the net result is that they're now averaging a 13% reduction...9 points lower than the 4 points they were already being knocked down.

The small group market carriers didnt' change their requests by as much, but they're still lower: A 4.4% average increase instead of 6.2%.

UPDATE 10/08/20: The revised rates have all been approved by the state regulators on both the individual and small group markets. 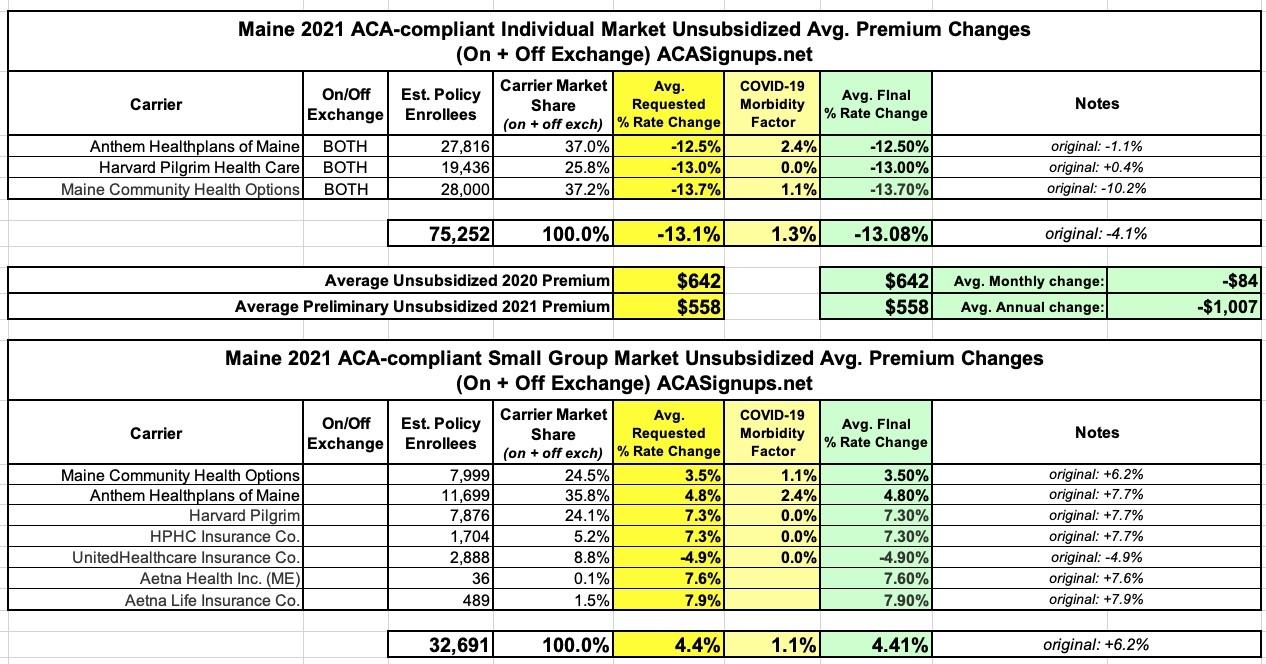