Here's the top 100 counties ranked by per capita COVID-19 cases as of Saturday, August 22nd (click image for high-res version): 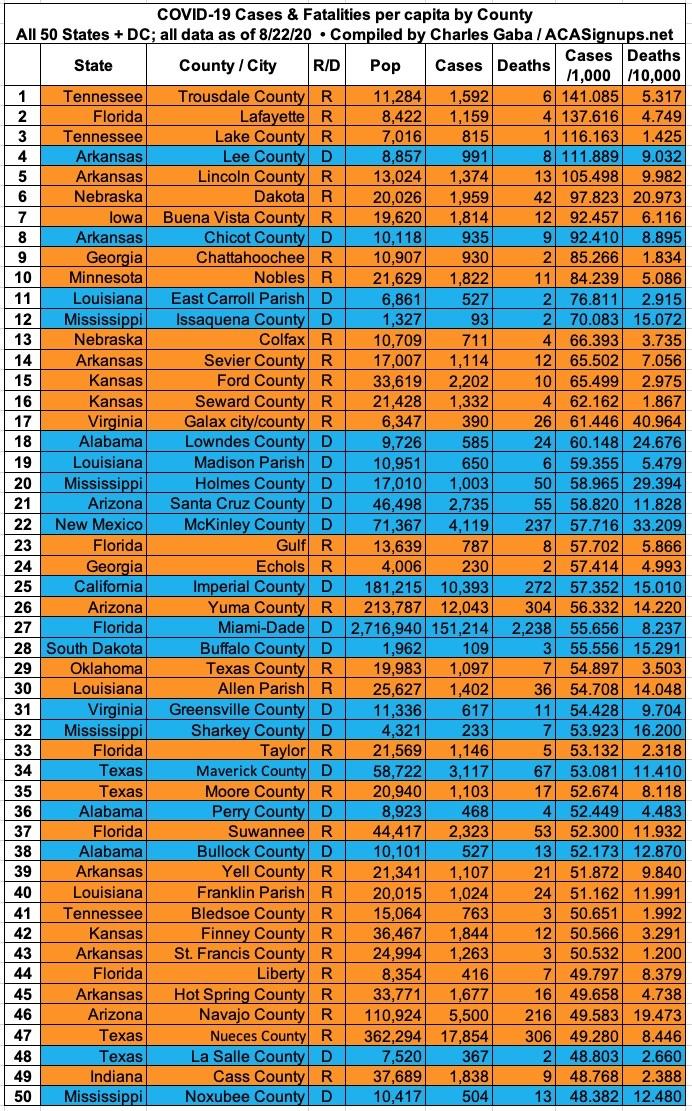 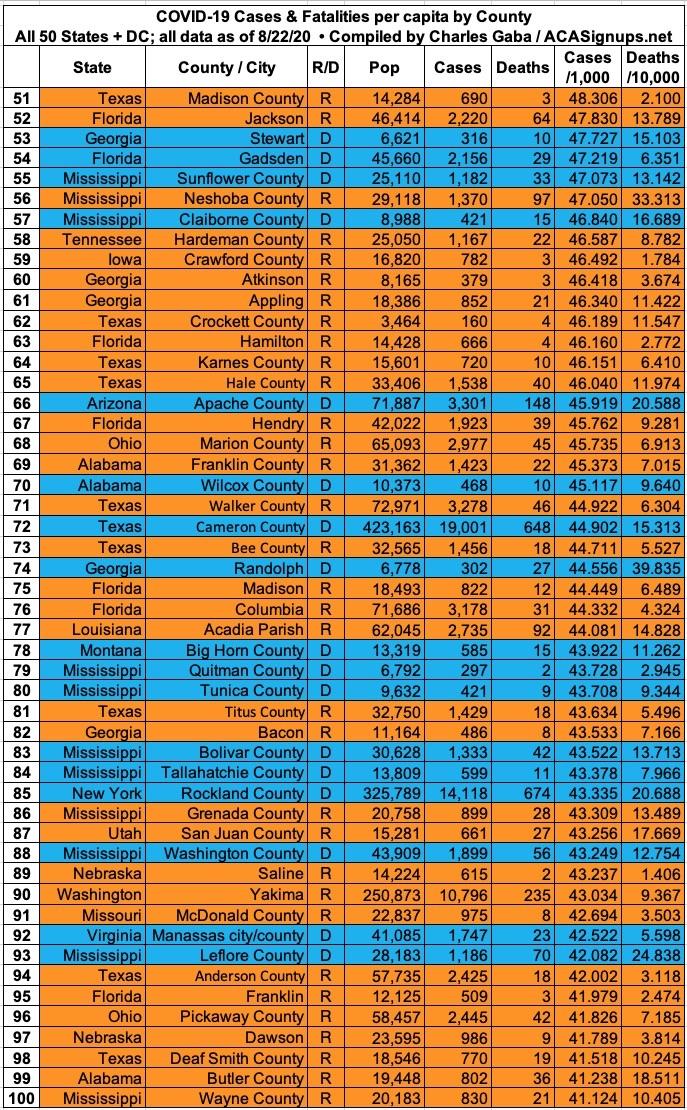 Michigan no longer shows up until #693 (even then, it's not Wayne County which ranks highest...it's Oceana County. Wayne County, where Detroit is located, doesn't show up until #795).

Here's the top 100 counties ranked by per capita COVID-19 fatalities as of Saturday, August 22nd (click image for high-res version): 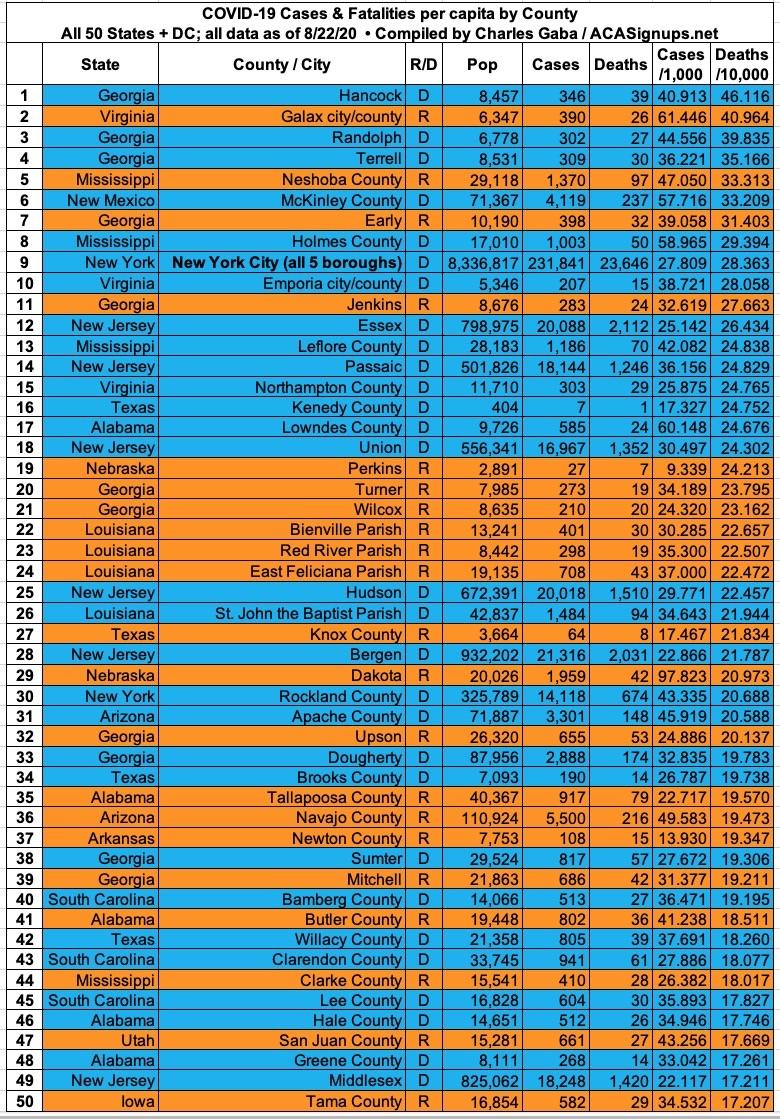 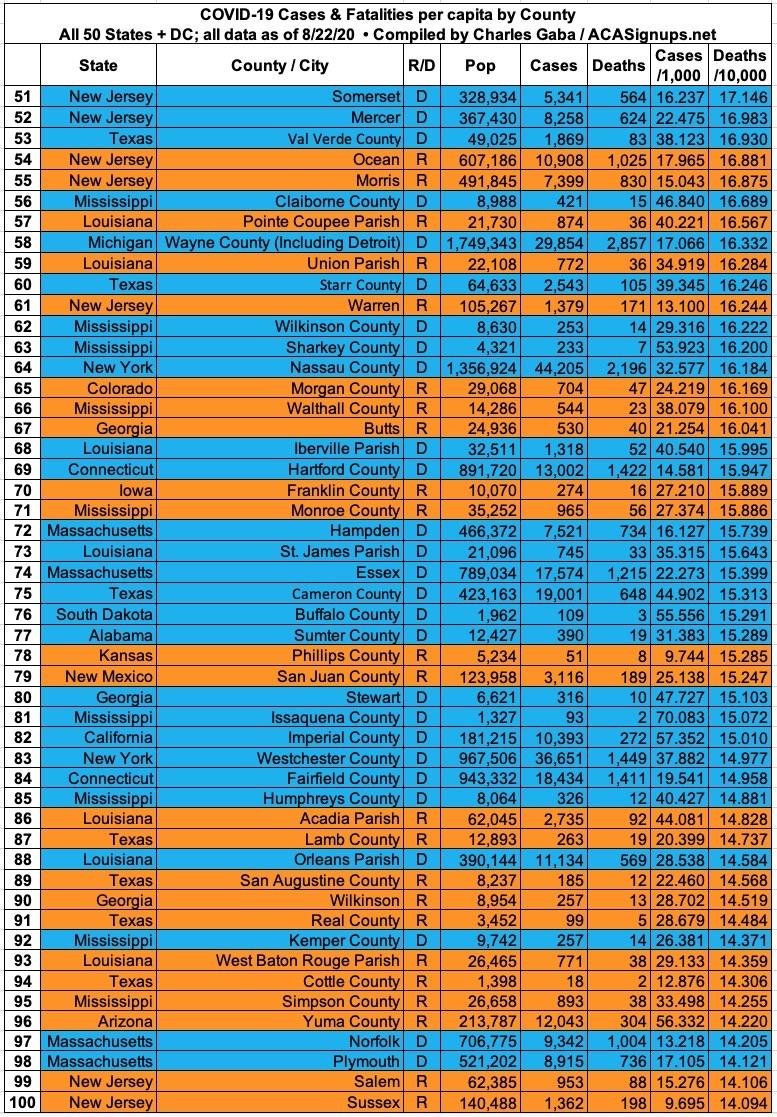 It's also worth noting how the ratio of per capita cases has shifted between the Clinton and Trump counties over time. Back in mid-March, the rate was 4.5x higher in Clinton-voting counties than Trump counties. As of this weekend that ratio was down to 1.3x higher. In terms of the mortality rate, the ratio has dropped from 5.3x to 2.1x. 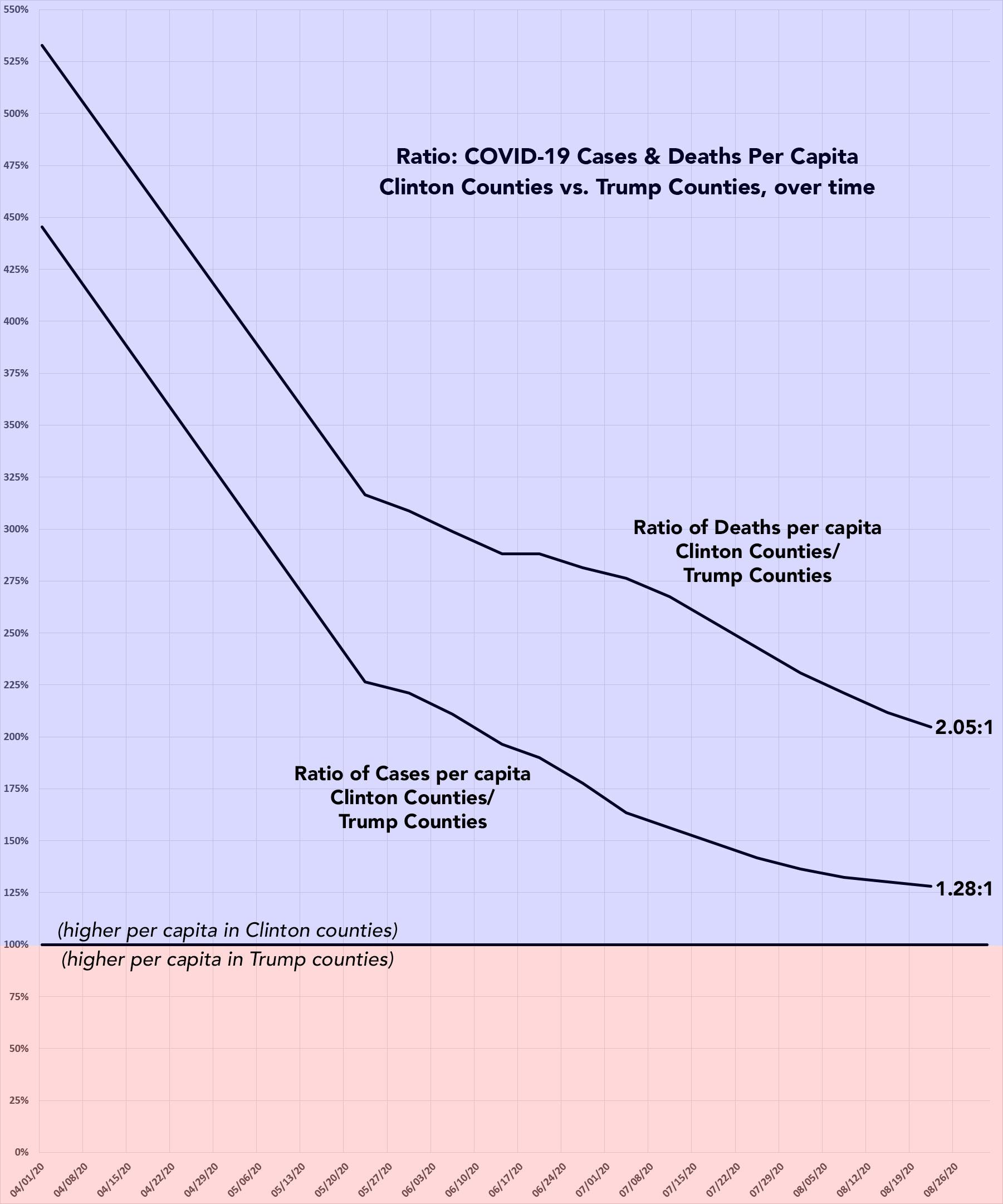