Here's the top 100 counties ranked by per capita COVID-19 cases as of Saturday, August 1st (click image for high-res version): 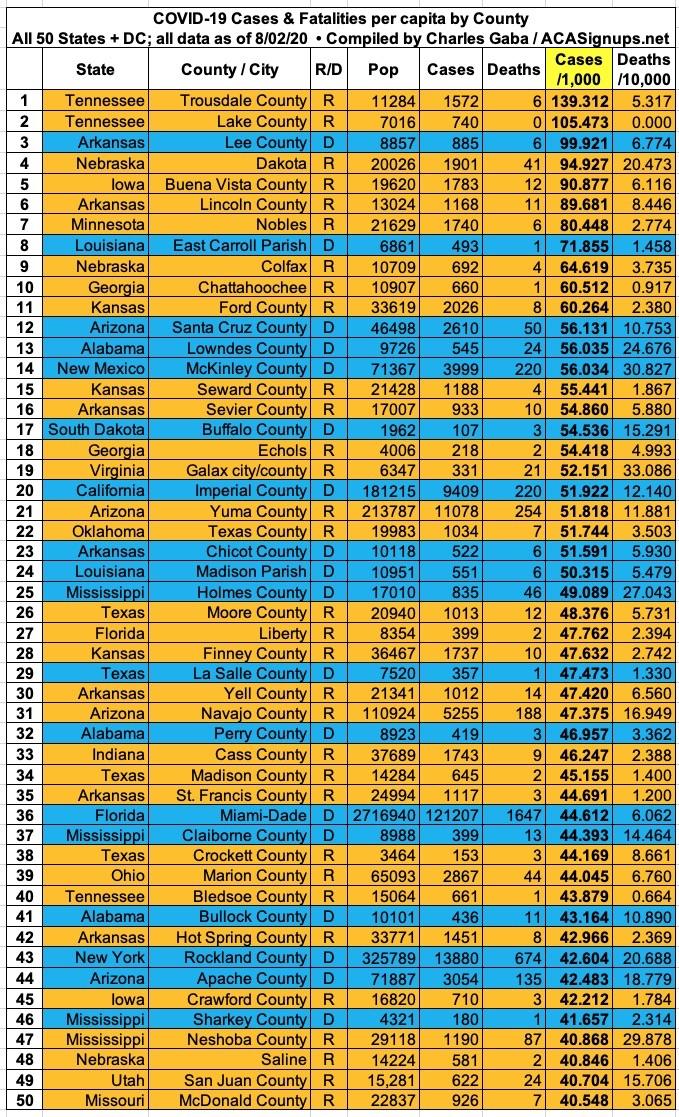 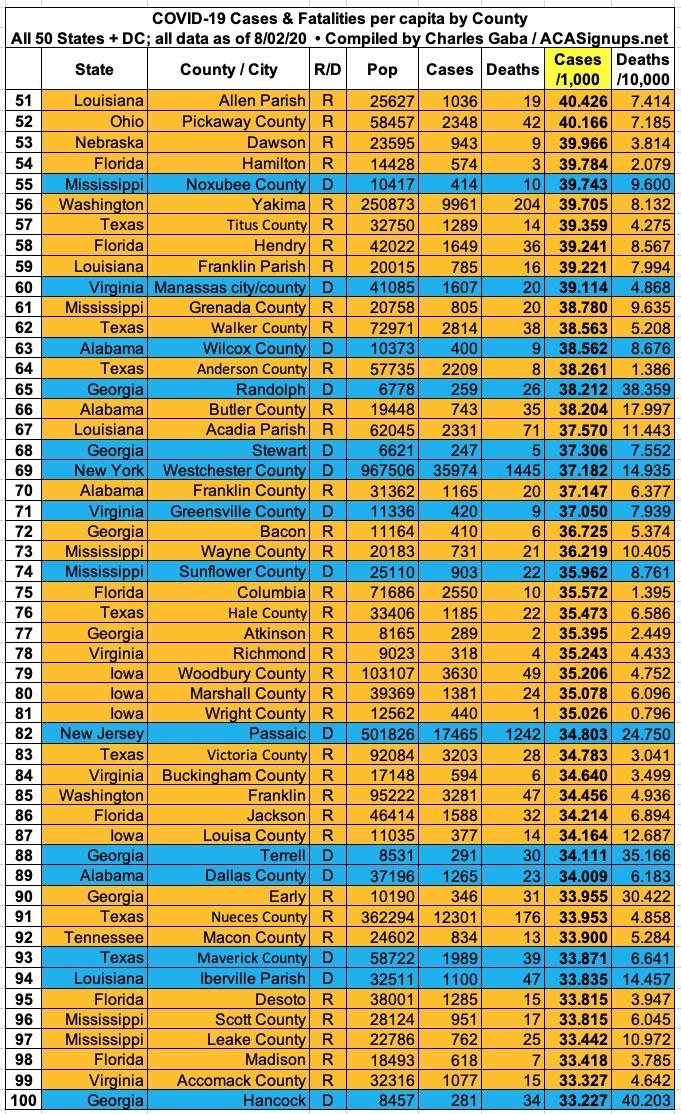 On the other hand, as you can see below, fatalities are a different story: 52 of the 100 counties with the highest COVID-19 mortality rates voted for Hillary Clinton. It's actually more like 55 out of 100, since both the NY Times and John Hopkins University data files lump all 5 New York City boroughs (which are actually counties) into a single listing. Four of the five are solid blue (the exception is Richmond County, aka Staten Island).

Setting political lean aside, it's noteworthy that the three deadliest COVID counties are located in Georgia, as are 12 of the top 100. New York City ranks #8 (or #8-12, really). Michigan doesn't show up until #47 (Wayne County, which includes Detroit).

Here's the top 100 counties ranked by per capita COVID-19 fatalities as of Saturday, August 1st (click image for high-res version): 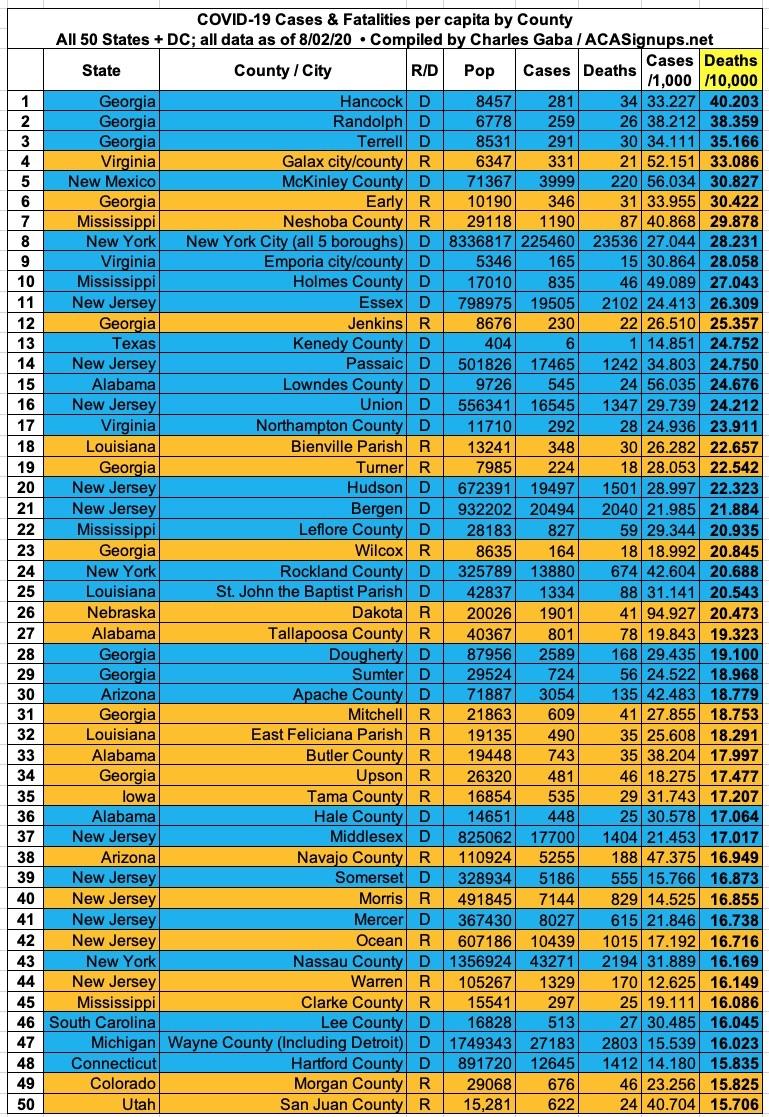 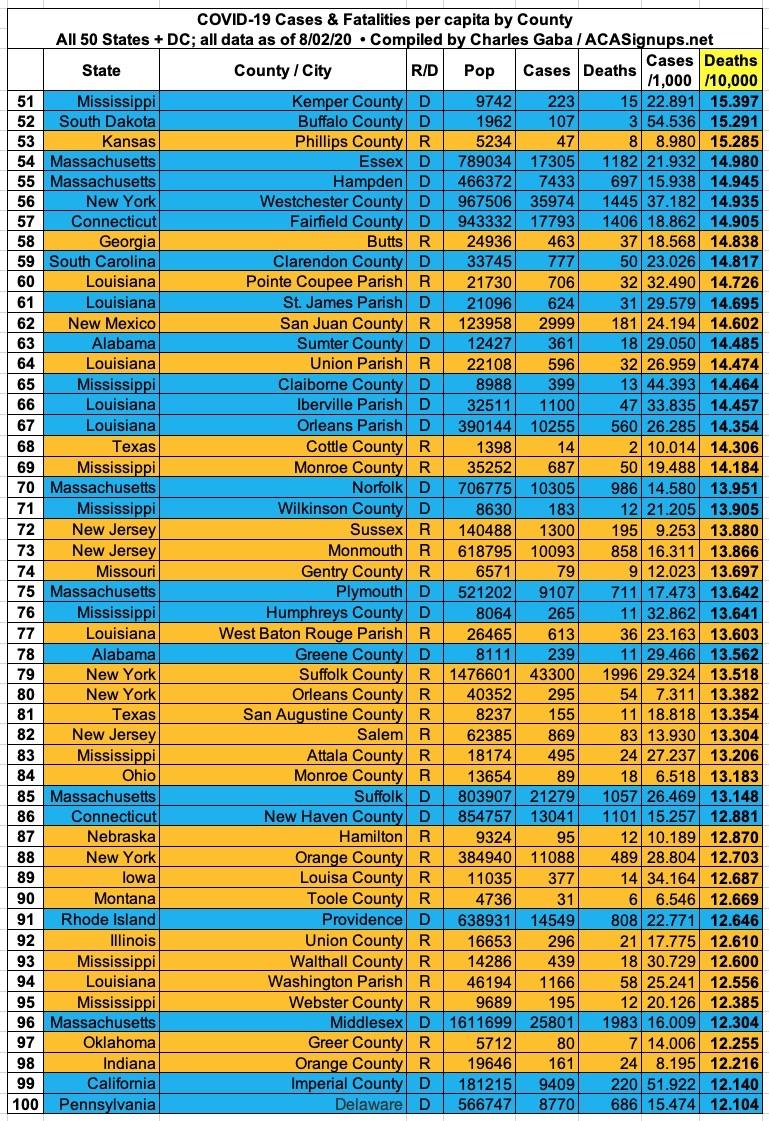 It's also worth noting how the ratio of per capita cases has shifted between the Clinton and Trump counties over time. Back in mid-March, the rate was 4.5x higher in Clinton-voting counties than Trump counties. As of this weekend that ratio was down to 1.36x higher. In terms of the mortality rate, the ratio has dropped from 5.3x to 2.3x. 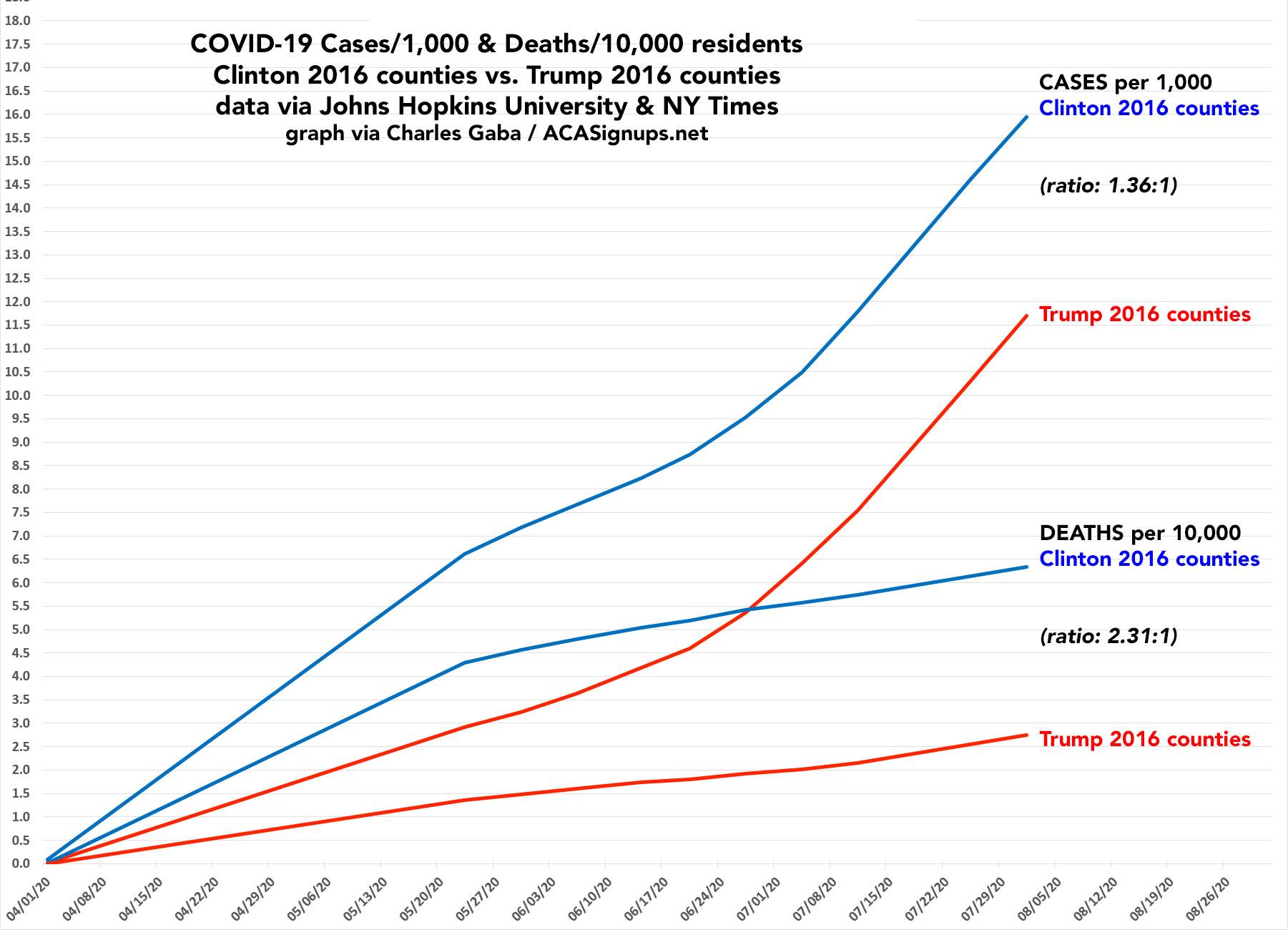