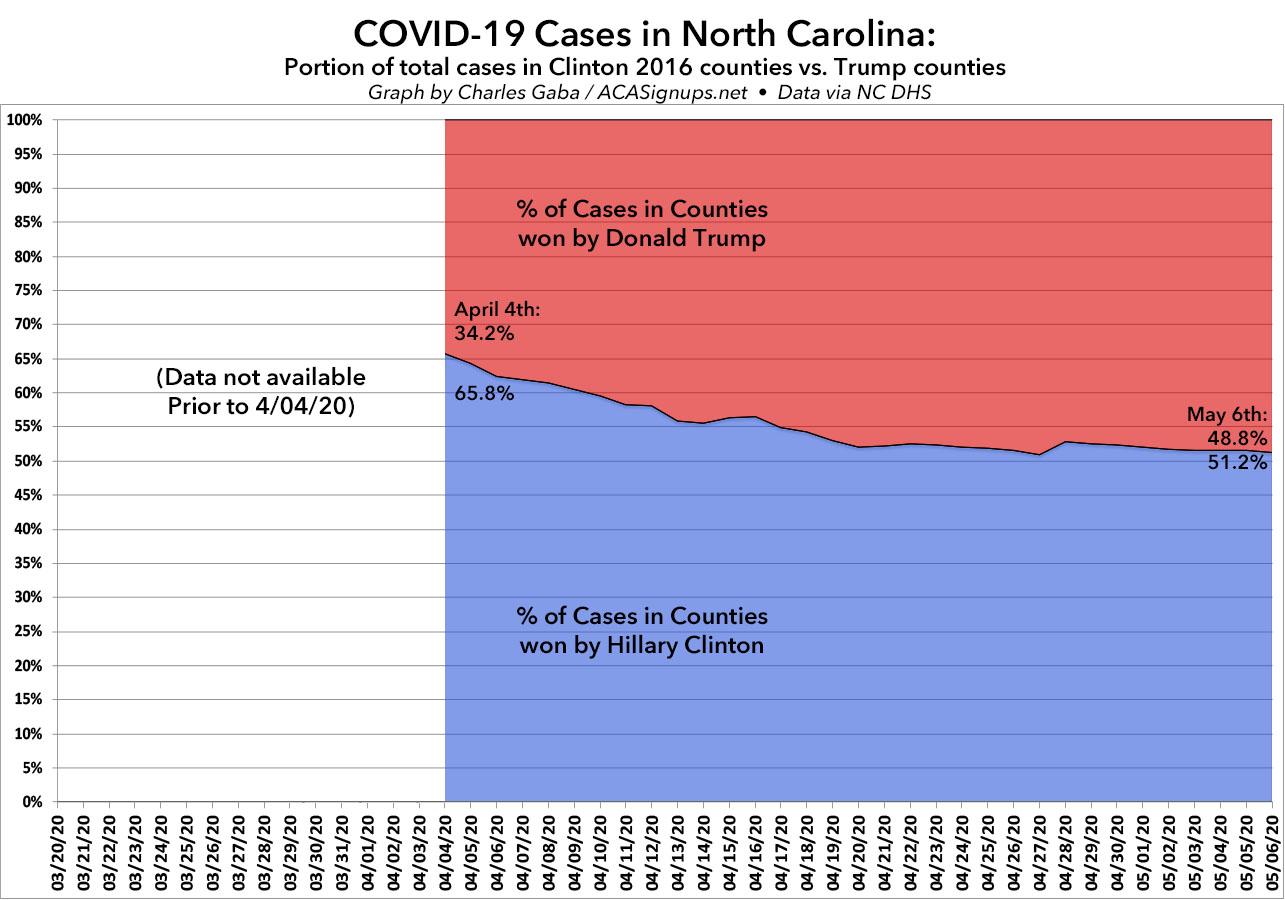 This holds true on the per capita case & death basis as well in NC: