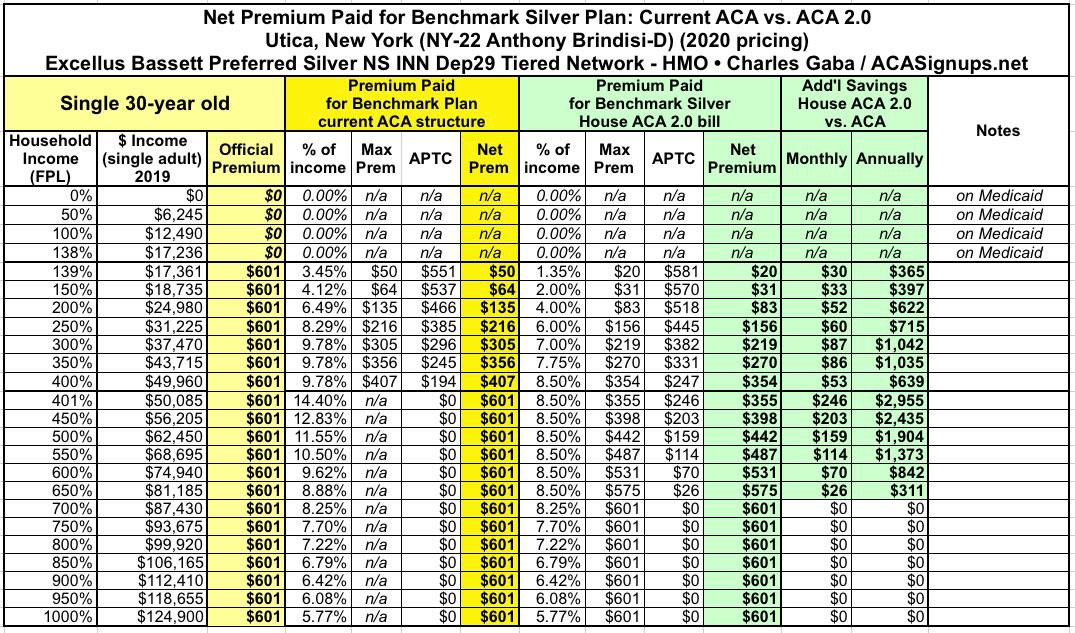 Without any subsidies, this young adult would be paying $601/month regardless of his or her income. Under the current ACA subsidy formula, they qualify for Medicaid up to an income of a little over $17,000/year. Over that their monthly premiums start at $50/mo, then gradually increase to $407/month at exactly 400% FPL...but then instantly jump to the full $601/mo. This takes them from 9.8% of their income to 14.4% the moment they hit around $50,000/year. Ouch. 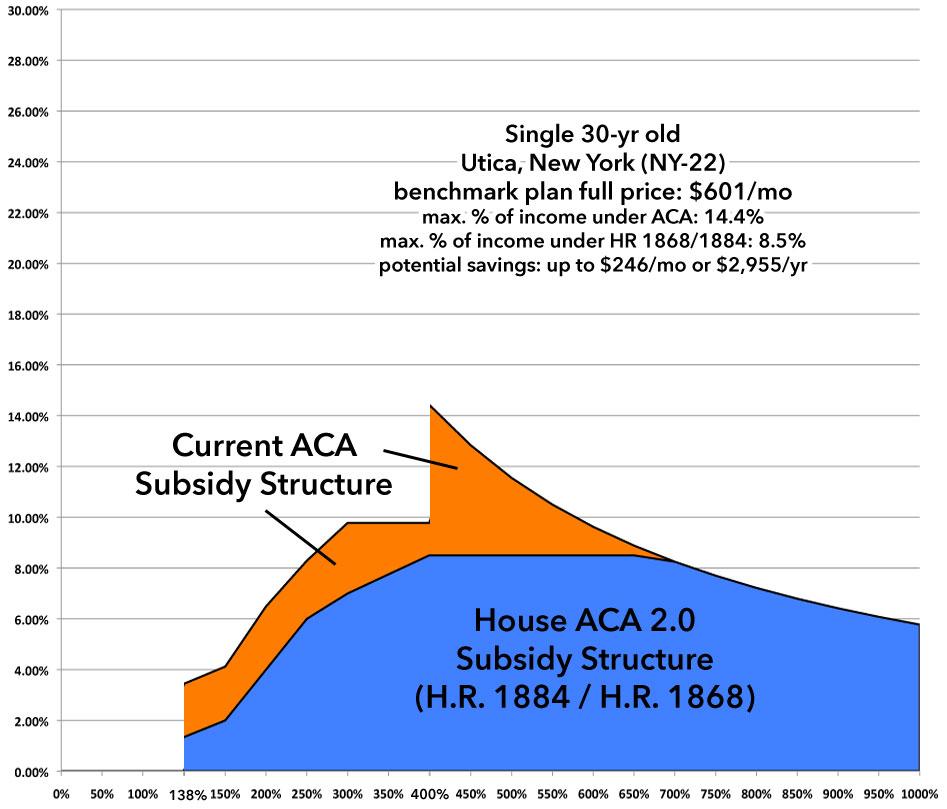 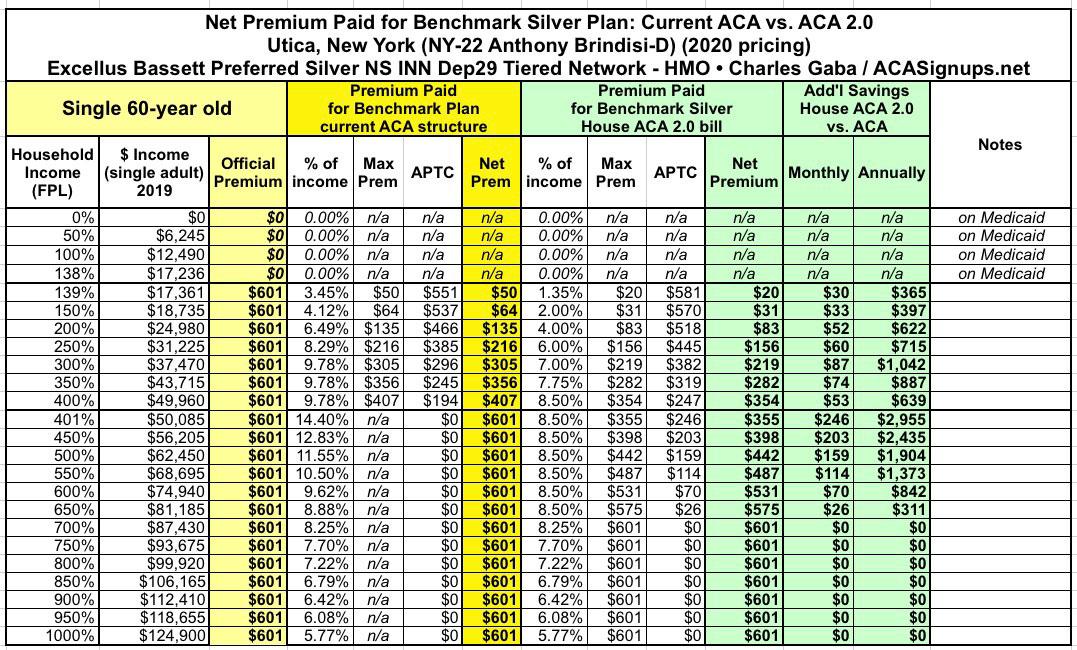 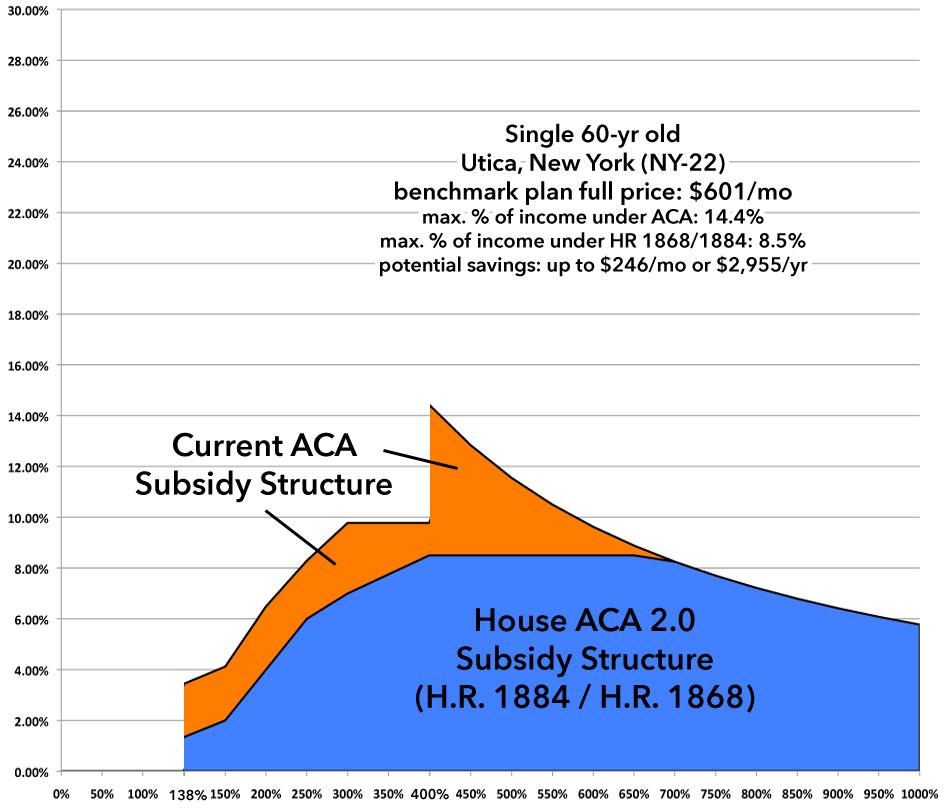 Normally I list a family of four next, since the most dramatic example is generally the Older Couple, but again, in New York it's a bit different, so instead I'll list the older couple first: 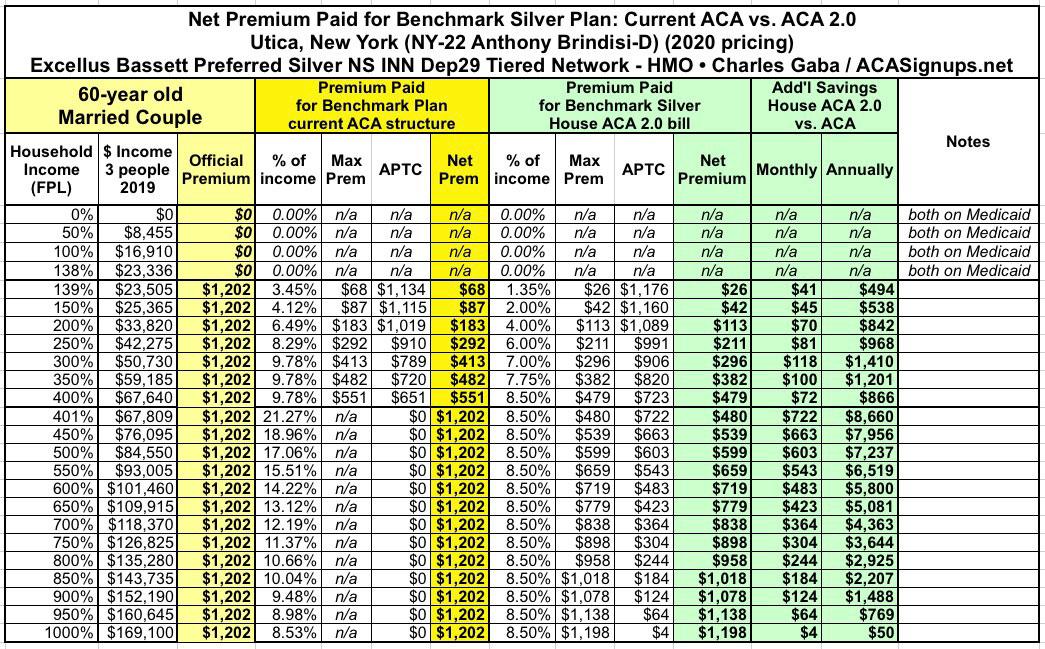 Under the current ACA formula, once this older couple hits around $68,000/year in income, at full price they have to pay as much as 21.3% of their income in premiums alone. 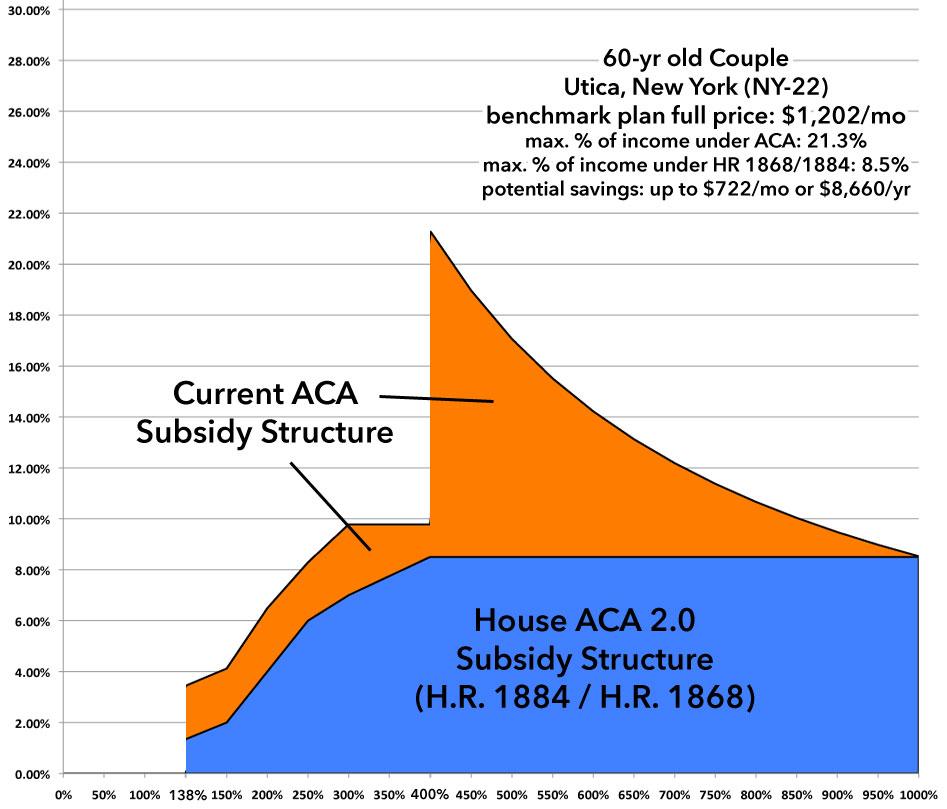 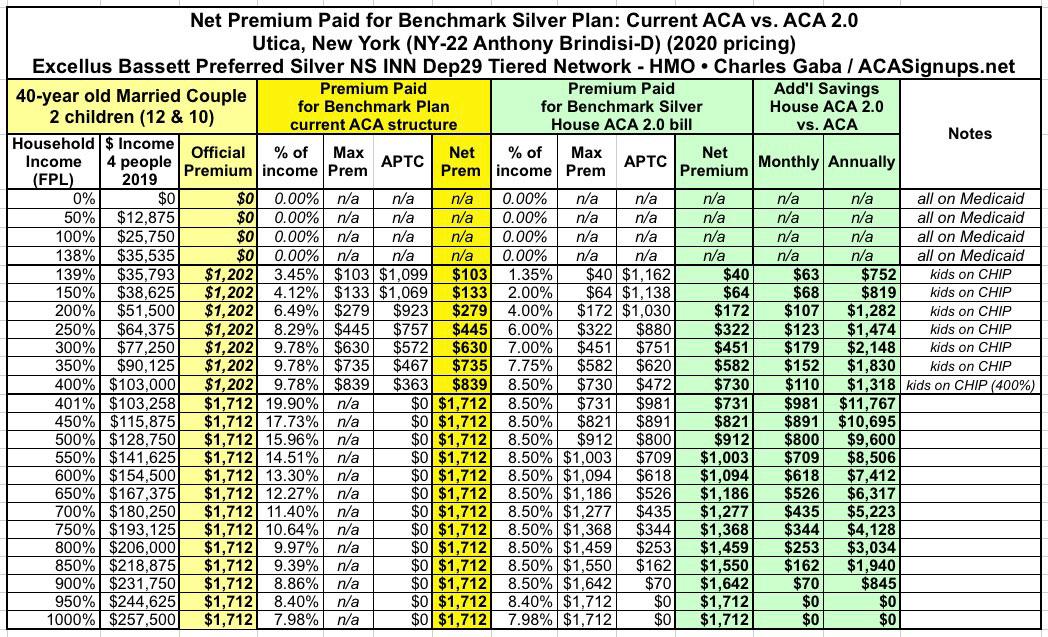 In New York, the kids would be on the Children's Health until the family hits 400% FPL, or $103,000/yr in income, but the unsubsidized premium for the parents only would run $1,202/mo. Up to that threshold, however, the parents would recieve subsidies limiting their monthly premiums to no more than $839/month, which isn't too bad.

The moment they break the 400% FPL threshold, however ($103,000/year), they get hit with a double blow: Not only are the kids no longer eligible for the discounted Child Health Plus program, but they have to pay full price for all four family members. Fortunately, New York has a special, additional age band rule which restricts premiums for households with kids to no more than 2.85x as much as a single adult, so instead of $2,404/mo, they "only" have to pay $1,712/mo...which is still up to 19.9% of their income. 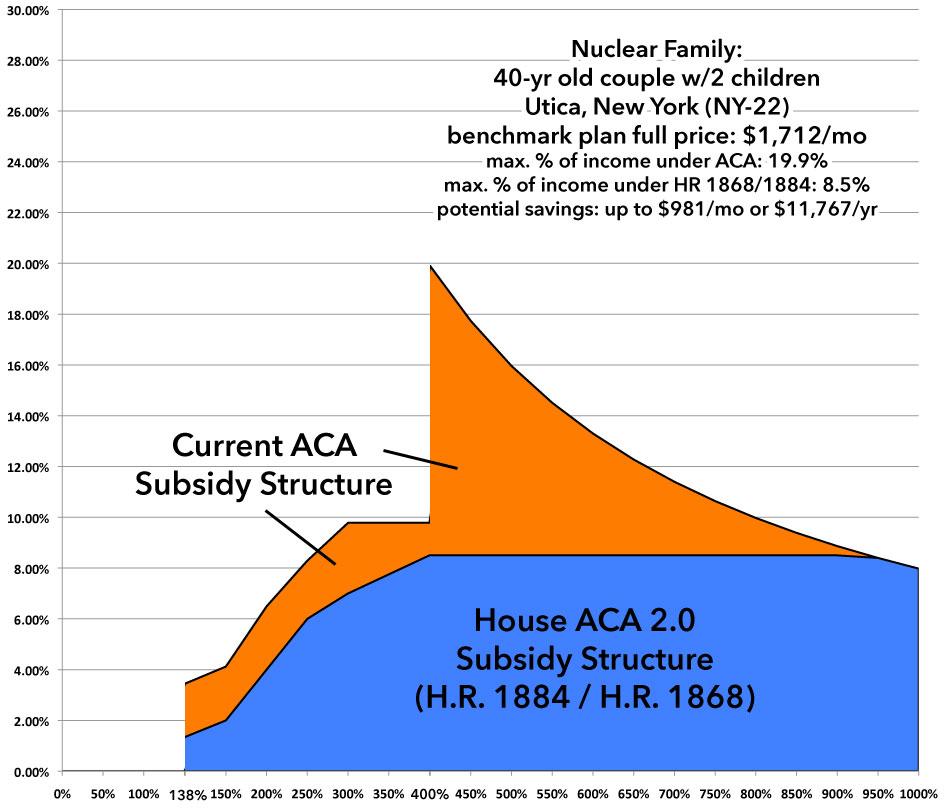