Last May, New Jersey Democratic legislators were pushing through over a dozen bills which would effectively lock in nearly all of the ACA's "Blue Leg Protections", as I refer to them, at the state level. The main reason for this, of course, is to replicate federal ACA protections for enrollees just in case the U.S. Supreme Court does ultimately strike down the Affordable Care Act (or at least strikes down the consumer protection parts of it).

Well, I kind of lost track of the status of those bills over the summer and fall, but apparently most of them passed through both the New Jersey state House and Senate because just moments ago, NJ Governor Phil Murphy issued the following press release:

TRENTON – Governor Phil Murphy today signed a package of bills to safeguard the provisions of the Affordable Care Act (ACA) in New Jersey. The bills, which will codify into state law the basic protections for health care consumers that are part of the Affordable Care Act, include protections for no-cost preventative care and contraception, prohibit exclusions for pre-existing conditions, allow children to stay on their parents’ plan until age 26, and incorporate mental health and maternity care as part of essential benefits, among others. The Governor highlighted the importance of these bills during an armchair discussion with Hackensack Meridian Health Chief Executive Officer Bob Garret.

“At a time when the Affordable Care Act is under siege by the Trump Administration and being challenged in the courts, New Jersey has a responsibility to protect and provide access to high-quality, affordable health care for all of our residents,” said Governor Murphy. “I applaud my colleagues in the Legislature for taking the critical steps necessary to ensure that the provisions of the Affordable Health Care Act are codified into state law and for working to make the health of our residents a top priority.”

The Governor signed the following bills into law:

“It is more than health insurance, it is security. It is the safety you feel in knowing that if something goes wrong you have somewhere to go,” said Senator Pou. “While not every New Jerseyan has health insurance coverage, there are a lot more people covered now because of the Affordable Care Act than there were before the landmark legislation led by the Obama administration. This life-saving federal program, however, is currently being attacked by Trump and the Republicans in Congress and I am proud of the Governor and Legislature for standing up for residents and making the ACA the law of our state, regardless of who is in the White House.”

“With the President trying to do everything he can to destroy the Affordable Care Act, I’m glad the legislature and the administration worked together to ensure that the people who benefitted from the ACA will be protected in New Jersey,” said Senator Vitale. “We cannot leave the health and safety of New Jerseyans up to the whims of the oval office. These laws, along with the state health care exchange signed earlier, will go a long way to make sure our state can offer affordable health care to all of our residents.”

“The Affordable Care Act gave millions of people across the country access to health care and protected those with pre-existing conditions from being discriminated against by health insurance companies,” said Senator Singleton. “Taking away a person’s health insurance, regardless of whether or not they will be able to find an alternative, is disgraceful. New Jersey is a state that protects its residents, and by strengthening the ACA in this state, we will continue to protect working and middle class families.”

“Contraception was named as one of the top ten public health achievements of the 20th century by the Centers for Disease Control and Prevention. That was twenty years ago, whether or not insurance plans cover contraceptives shouldn’t be a question today,” said Senator Ruiz. “It’s a matter of public health and it’s a matter of gender equity. People should have access to birth control and this law will help ensure that they do.”

A5500: "The affordable care act has helped tens of thousands of New Jersey residents gain access to healthcare for themselves and their families," said Assemblyman Greenwald. "With this law, we are keeping healthcare affordable for working families by preventing unreasonable rate hikes for the insured, preserving the substantial progress we've made on increasing access to quality healthcare in New Jersey."

"The Affordable Care Act has changed the lives of many New Jersey families," said Assemblywoman Lopez. "Protecting families against unjustified rate changes is critical to maintaining and expanding access to healthcare in the state for many more residents."

“This is the next practical step in protecting thousands of New Jerseyans who have been afforded healthcare benefits under the Affordable Care Act,” said Assemblywoman Lampitt. “The key is to ensure health insurance remains affordable for all residents by keeping an eye on and preventing unnecessary rate increases.”

“With many college graduates returning home while they look for jobs, there was a steep rise in residents ages 19 -26 without access to healthcare. For those who did have insurance through their parents, the cost became an additional, unexpected burden on families. The Affordable Care Act has significantly helped to reduce the uninsured rate for young adults under the age of 26 by allowing parents to cover them in their own plans without the requirement of a separate premium. Codifying this into New Jersey State law will help families ensure their children, whether they are continuing their education or at home temporarily, are provided for in terms of healthcare.”

A5503: Assemblymembers Reynolds-Jackson and Swain issued the following statement:

“Changes on the federal level of ACA have deliberately shortened the open enrollment period by 50 percent placing consumers at a great disadvantage. There’s less time to research their coverage options and enroll. As New Jersey embarks on the creation of a State-based healthcare exchange, it is critical to ensure open enrollment periods which provide enough time, promotion and access for residents.”

A5504: “The Affordable Care Act was groundbreaking in expanding health insurance coverage for millions of Americans.  It is important for our state that we maintain the essential protections of Obamacare for all our families,” said Assemblyman Benson. “This new state law will help guarantee the money residents spend on their health insurance overwhelmingly goes to the medical care and services they need.”

“This law allows for continued oversight of health insurance companies so that our state can make sure they are properly applying customers’ payments,” said Assemblyman Schaer. “There is no room for frivolous spending when it comes to health; the hard-earned money coming out of our residents’ paychecks for health insurance should go towards actually giving them the treatments, tests, procedures and medications they need.”

“Preventive healthcare is critical to helping individuals’ live longer, healthier lives. In the long run, preventive medicine and services helps families’ keep healthcare costs down and avoid potential health problems. These are services every resident relies on for themselves and their children. The Affordable Care Act ensured more residents’ access to preventive care than before. Setting these same standards under the State-based healthcare exchange will continue to protect New Jersey families’ and their access to these critical services.”

A5506: “It’s understandable that the government wanted to encourage Americans to purchase ACA health insurance by initially offering simple and inexpensive plans,” said Assemblyman Tully. “However, we now know these ‘Basic and Essential Plans’ simply do not cover the healthcare services many people require, which is why the ACA no longer allows them. In case the ACA is ever dismantled at the federal level, this law will make sure providers in our state do not begin offering these limited plans again.”

“Although some people were drawn to the lower-cost healthcare plans the ACA once provided, many didn’t realize just how limited their coverage would be,” said Assemblyman Danielsen. “When it comes to healthcare, the services provided can literally mean the difference between life and death. From high stakes procedures to daily medicine, no one should have to lose their life or experience crushing medical debt due to a lack of coverage. This will help make sure such restrictive plans can never be offered in the future.”

“Federal changes to the Affordable Care Act aimed to jeopardize women’s access to safe, preventive care. This new law will remove those obstacles in New Jersey and preserve the benefits afforded to residents’ under the ACA. With this law, women will continue to have insurance that covers contraception without having to pay out of pocket.”

“Because of the Affordable Care Act, as many as 133 million people – or 51 percent of Americans – who have pre-existing conditions are guaranteed that condition will be covered by their health insurer,” said Assemblywoman Vainieri Huttle. “But the ACA has been threatened in the past few years. This new law will safeguard this crucial protection for patients should anything ever happen to the ACA.”

“When the ACA was passed, state law was never changed to include the mandate for coverage of pre-existing conditions,” said Assemblyman Chiaravalloti. “This important update sends a clear message that we in New Jersey believe health care is not a privilege, but a right.”

“People with pre-existing conditions had their lives changed when the Affordable Care Act became law in 2010,” said Assemblywoman Downey. “For the first time, they could not be denied coverage by an insurance company because of their conditions, from diabetes to allergies to cancer. We cannot go back to a world where people had less access to critical medications or treatments because of poor insurance coverage. With this law, we ensure that will never happen in New Jersey.”

“No one should ever be penalized for having a medical condition,” said Assemblyman Danielsen. “The ACA paved the way for Americans to begin seeing what was possible when they had access to coverage for pre-existing conditions. So many people now have far better quality of life as a result, and that’s something we will fight to protect and guarantee for all New Jersey residents.”

A5248: “As a physician, I firmly believe that access to health care is a right, not a privilege,” said Assemblyman Conaway. “We took a tremendous step forward toward securing that right for all Americans under the Affordable Care Act. The legislation signed today will enshrine the essential health benefits and guiding principles of the ACA into State law, so that New Jerseyans will continue receiving the same benefits if the ACA were ever struck down.”

“We hear stories far too often of patients facing discrimination because of their age or disability,” said Assemblyman Mukherji. “No one should be penalized or taken advantage for having a health condition. This is the law of the land nationwide, and we’ve now reaffirmed these values here in New Jersey.”

“Essential health benefits are exactly that: essential,” said Assemblyman McKeon. “Our children need vision and oral care; our new mothers need maternity care; and at any moment, anyone may need emergency services. I’m proud to live in a state that values the health and wellbeing of its residents, so much that it guarantees certain protections under the law.” 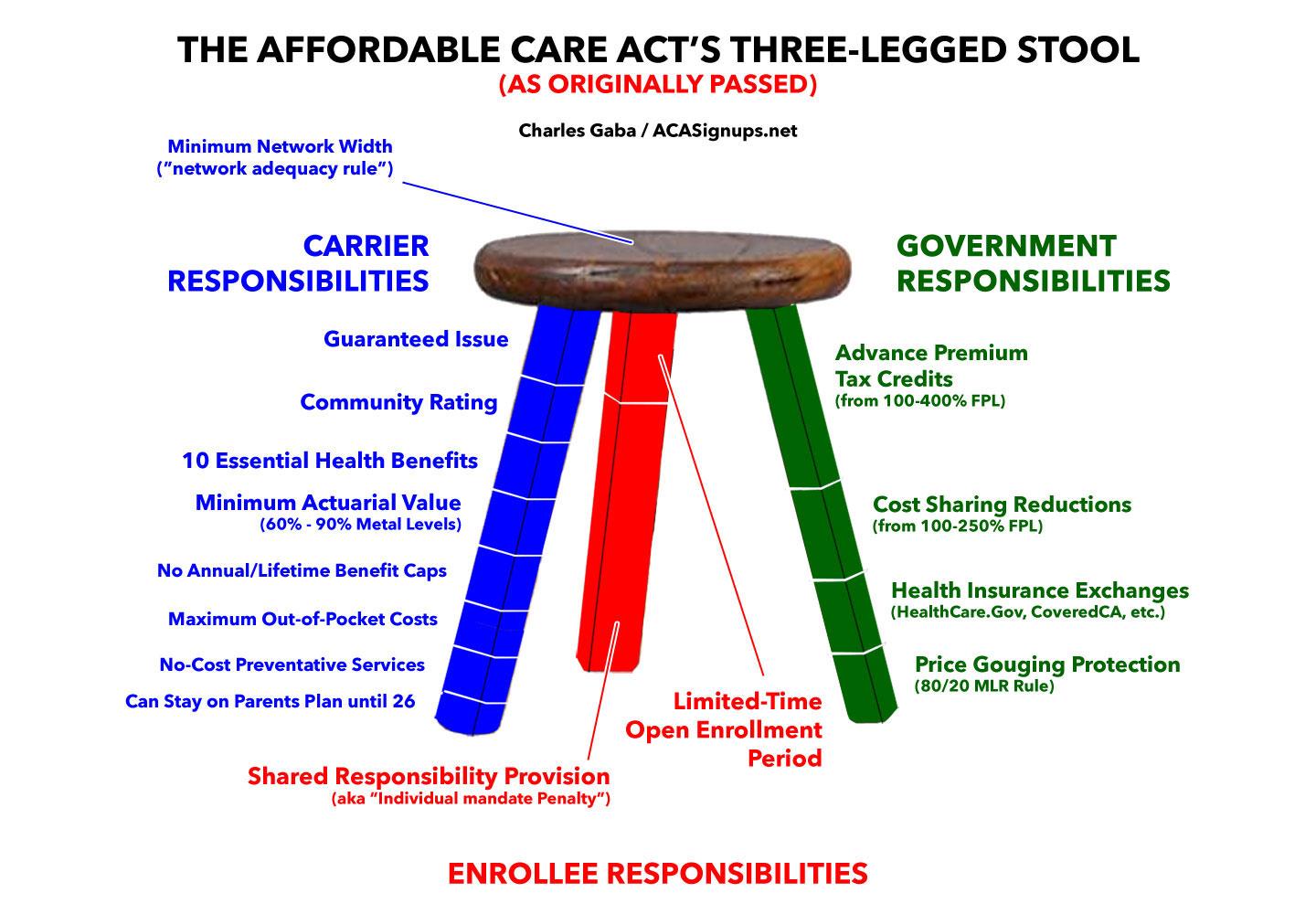