The FINAL 2020 Open Enrollment Period data for the 38 states hosted by HealthCare.Gov was released yesterday, shaving around 17,000 enrollees off of the semi-final report issued before Christmas. In addition, final 2020 OEP numbers have now been released by Idaho, Maryland, Minnesota, Nevada and Washington State.

Incomplete numbers have been released for California, Colorado, Connecticut, the District of Columbia, Massachusetts and New York, all of which still have ongoing Open Enrollment, and I'm still waiting on any enrollment data for Rhode Island or Vermont.

With all that in mind, here's a state-by-state breakout showing where things stand as of today, Jaunary 9th. The states have been sorted from worst-performing to best, although obviously the 8 states with partial or no data are misleading (vice-versa for the bar graph). 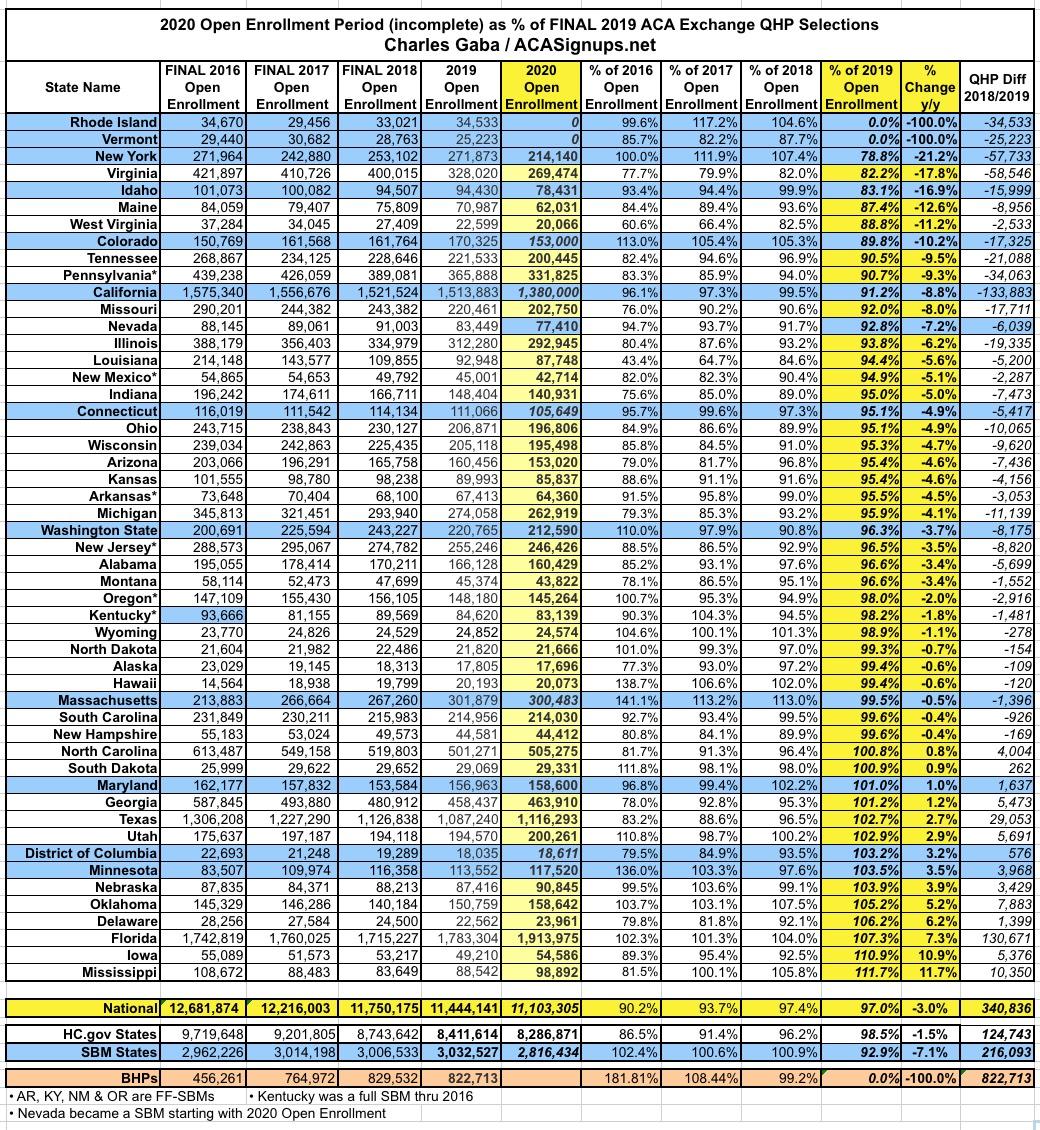 Looking at the 43 states with final totals locked in, several things stand out:

Officially, the 8 state-based exchanges which still have data to report (6 of which still have Open Enrollment ongoing as of this writing) will have to collectively add another 221,000 enrollees to beat last year's total...but again, that doesn't account for Nevada shifting from HC.gov to a state-based exchange, so it's really more like 285,000 collectively. Here's the shortfalls which would have to be made up: 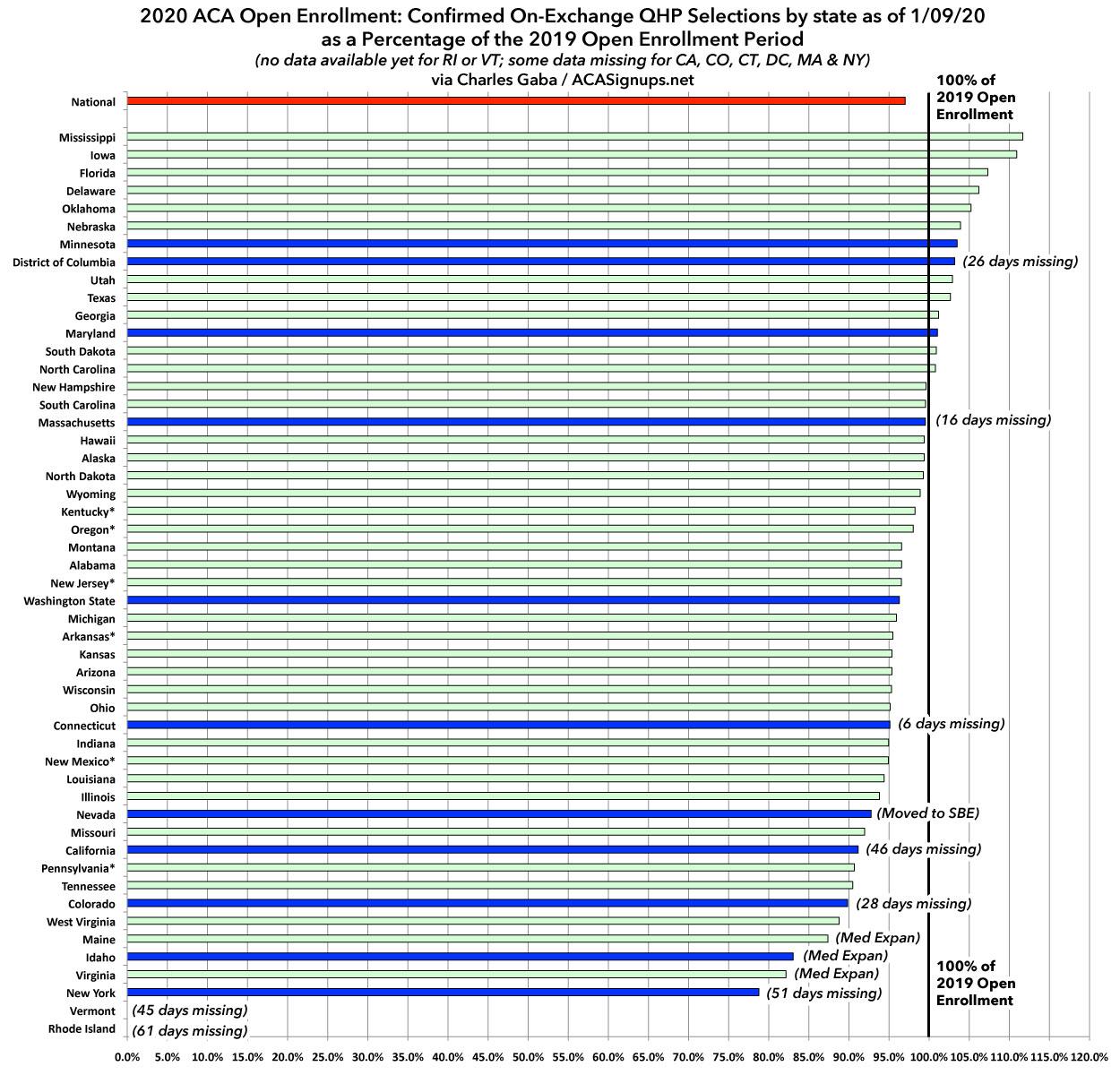 At the opposite end of the spectrum (again, ignoring the states which haven't released their numbers yet and/or are still accepting enrollments), Virginia, Idaho and Maine are bringing up the rear...for a pretty simple reason: All three states expanded Medicaid this year, meaning a significant chunk of their lower-income exchange enrollees are instead being shifted over to Medicaid.

Virginia actually expanded the program last year, but it takes two years for the full transition to complete, as I learned a few years back when Louisiana expanded Medicaid mid-year.

Other states doing poorly compared to last year include West Virginia, Tennessee, Pennsylvania, Missouri and Illinois. Again, I don't know of any specific reason why these states are falling so short any more than I know why other states are ahead.

I'll update this chart & table one more time in early February when the final data is available for every state. I expect Massachusetts to beat their record for a 7th straight year. Connecticut and Colorado will likely come up a bit short. New York, Vermont and Rhode Island are complete unknowns.

The biggest state (literally) to keep an eye on is California. Not only is there a month and a half of enrollment data missing, they also expanded subsidies to middle-class enrollees, enhanced subsidies to those currently receiving them and reinstated the mandate penalty, so it'll be interesting to see how they fare.