On the other hand, this will likely be cancelled out by a good 30K - 40K who are subtracted from the final count due to data entry corrections, last-minute cancellations and enrollees having their applications rejected for assorted legal verification reasons.

As you can see below, in addition to the 8.3 million QHPs confirmed across the 38 HC.gov states earlier today, nine of the thirteen state-based exchanges have provided either partial or final enrollment data, adding another 2.71 million QHPs, or 11.02 million total nationally.

Needless to say, while beating 2019 might be feasible (and would indeed reverse a three-year trend, I find it very difficult to believe it would go beyond that. 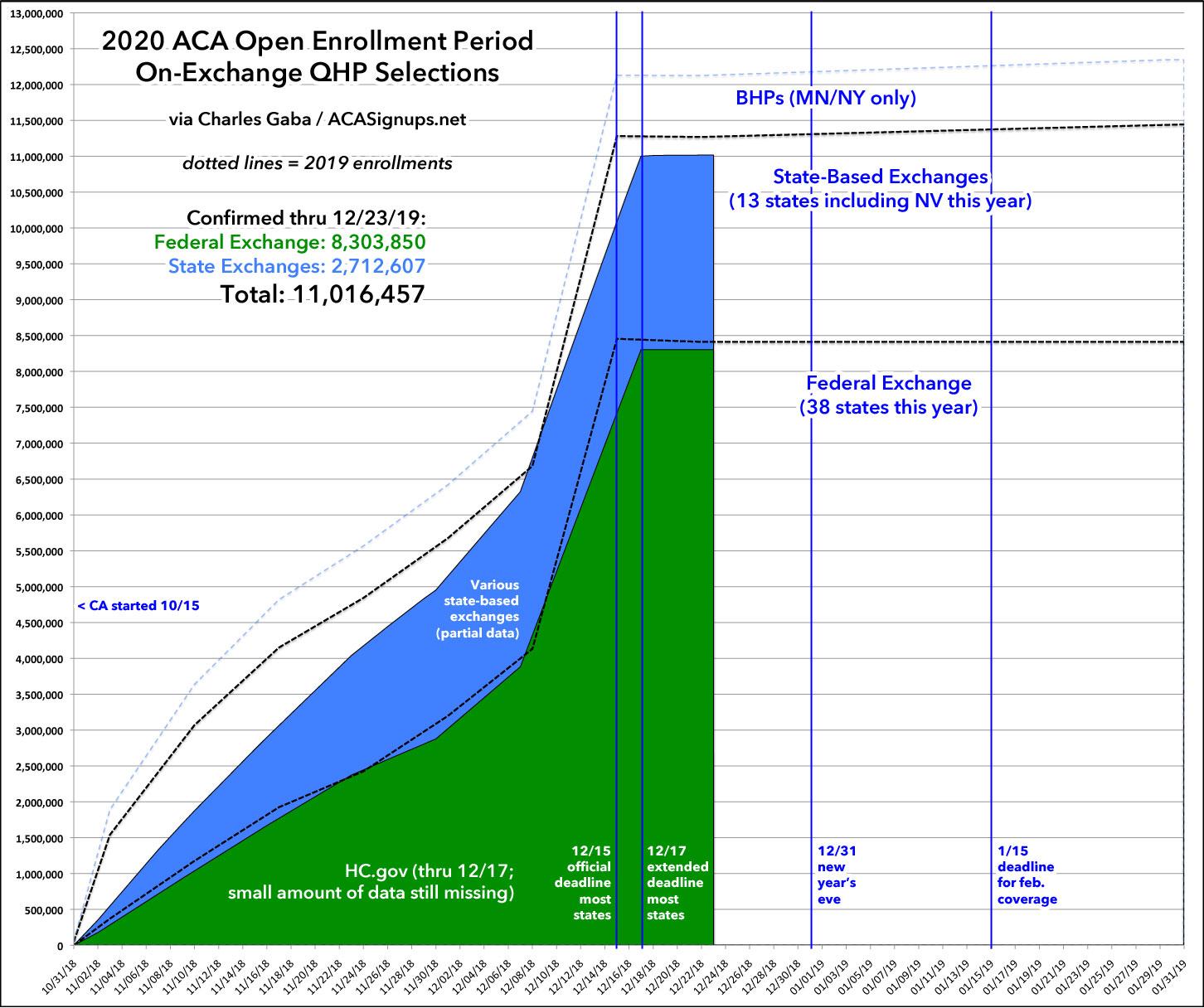