The original purpose of this website was, of course, to do real-time (or close to real-time) tracking of how many people actually select Qualified Health Plans (QHPs) via the ACA exchanges.

Every year I start out with a "blank" with my projections for how I think the upcoming Open Enrollment Period (OEP) will play out. For 2020, however, I'm just overlaying 2019's enrollment patterns on the graph (for both the federal and state exchanges) to see how things play out year over year.

There's some important things to keep in mind for the 2020 OEP:

THE BIGGEST WILDCARD is, of course, the 5th Circuit Court of Appeals ruling on the Idiotic Texas Fold'em (Texas vs. US) lawsuit, which is expected to be announced literally at any moment. While the ruling will be immediately appealed up to the U.S. Supreme Court regardless of what the decision is (unless they kick it back to the original judge to review again), the news of their ruling will still cause tremendous confusion and panic, especially if they rule that the law should be struck down entirely or in large part.

If that happens, it will cause some people not to enroll at all (assuming their coverage will be dropped mid-year, which isn't what would happen), while it could cause others to enroll who wouldn't have otherwise (assuming this is their Last Chance to qualify for affordable healthcare coverage before it all goes away). Who knows?

What will the overall impact be on enrollment of all these factors? Well, the trend since the all-time high enrollment period in 2016 (12.7 million total QHP selections) has been for federal exchange enrollment to drop by several hundred thousand each year...while state-based exchange enrollment increased by a percent or two. Obviously I'll have to correct for Nevada shifting from the former to the latter status.

Will this trend continue this year? I'm not making any predictions this time around. 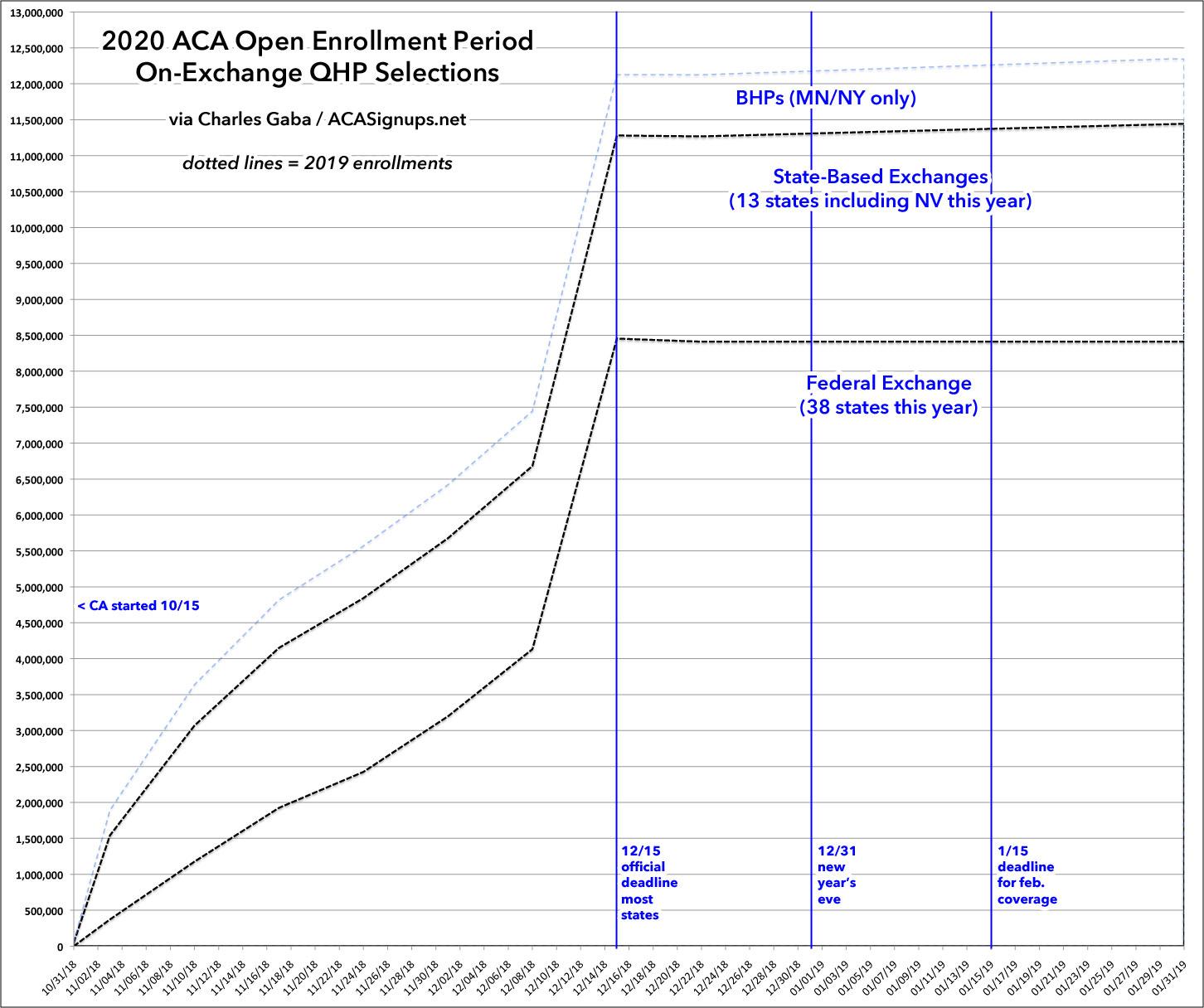