UPDATE: It turns out that another new bill was just signed by California Governor Gavin Newsom which bumps out the end date of open enrollment as well, to January 31st.

In any event, California residents can start shopping for 2020 coverage NOW at CoveredCA.com!

Again, there's two other important things for California residents to remember this fall: 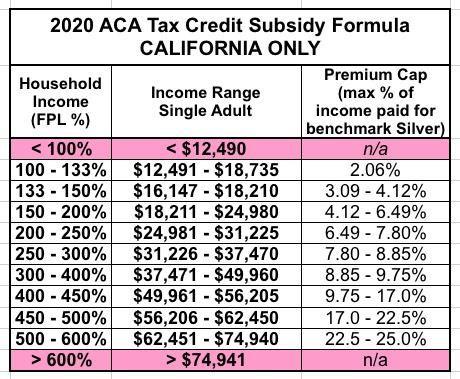 While it doesn't look that impressive, here's a chart showing what the savings look like for people earning 400-600% FPL. I'm using a single 64-year old living in Sacramento to give an idea of how dramatic the impact will be: 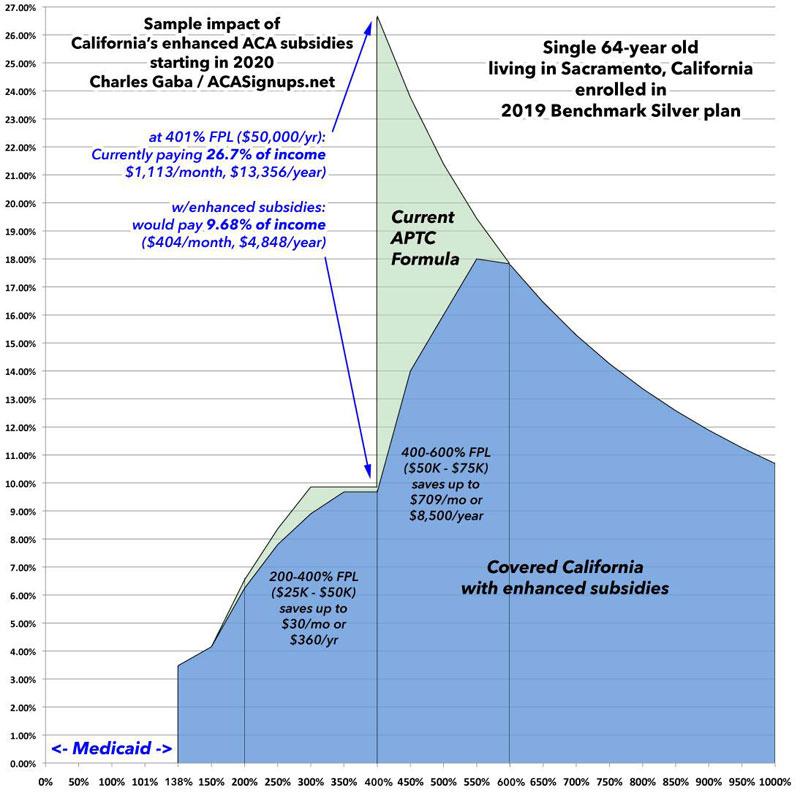 The actual savings compared to the current formula will vary greatly by region, age, plan chosen and household, of course.

2. California has joined several other states in reinstating the ACA individual mandate penalty. If you don't have ACA-compliant healthcare coverage or qualify for an exemption from it, you'll have to pay either 2.5% of your household income or $695/adult ($348/child) on your 2021 California state tax form.

As an aside, thanks to Louise Norris, here's a handy summary table of the start & end dates for the all 50 states + DC. Note that there's always the possibility that some of the states may bump out their end dates beyond what's listed if it looks like there's a spike in late enrollment, technical issues, a natural disaster or whatever: 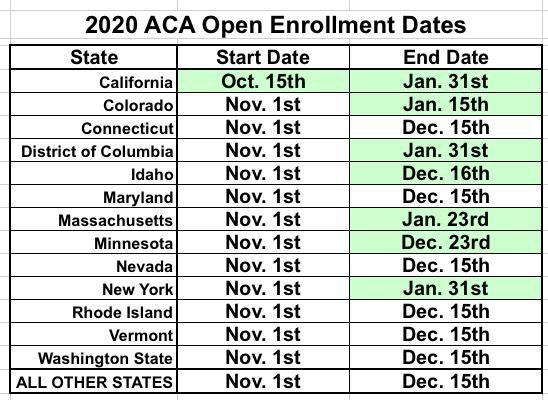