The DMHC only made changes to the filings for one of the more than a dozen carriers on the CA Individual Market this year, reducing the Chinese Community Health Plan rate hikes from 19.6% to 16.5%. Since CCHC only has a small number of enrollees compared to the rest of the carriers, however, this barely caused a rounding error change in the statewide average. Here's what it looks like:

The statewide average is a tenth of a percentage point higher than the 0.8% hike touted in the July press release & report due to the first carrier listed above (Kaiser Permanente seems to be offering two lines of insurance products...one available both on & off exchange, the other off-exchange only). That's also the only carrier which doesn't have a final/approved rate change in place, but I can't imagine it would make much of a difference even if it's significantly higher or lower than 4%.

With all this in mind, I'm simply republishing the full entry from July, since it includes a lot of important information (remember, California is the largest state in the country by population, and some of its 19 Rating Areas have more ACA enrollees than other entire states.

Oh, I was also able to use the DMHC database to put together California's small group market increases, which are averaging 3.5% in 2020: 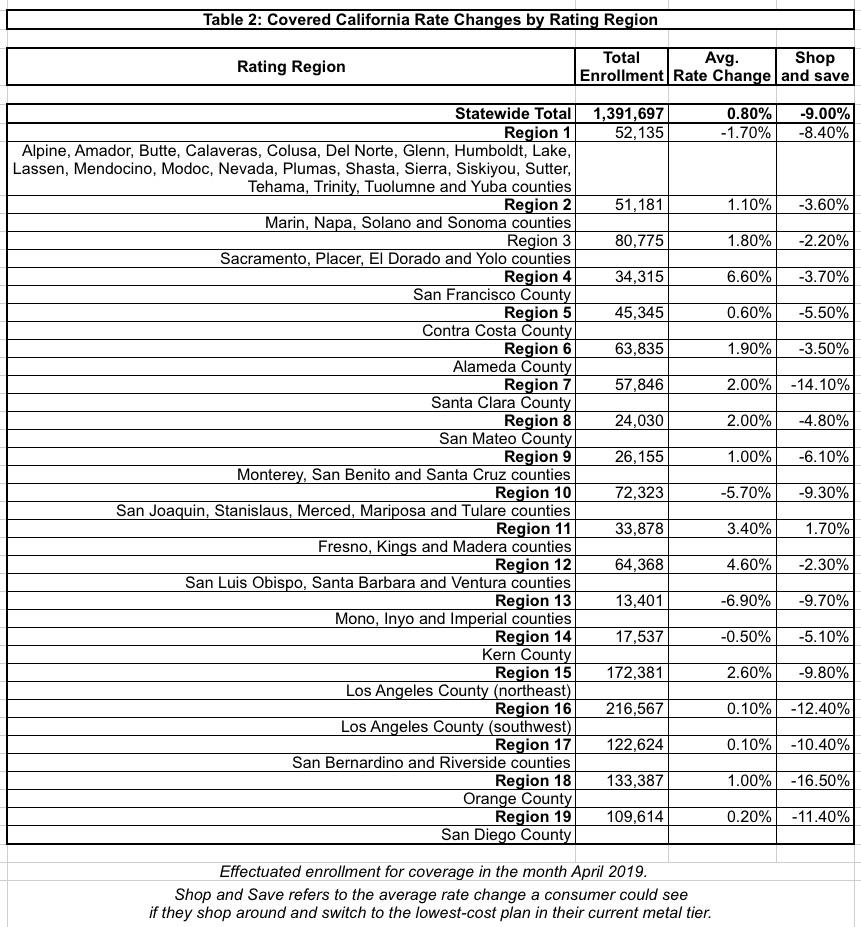 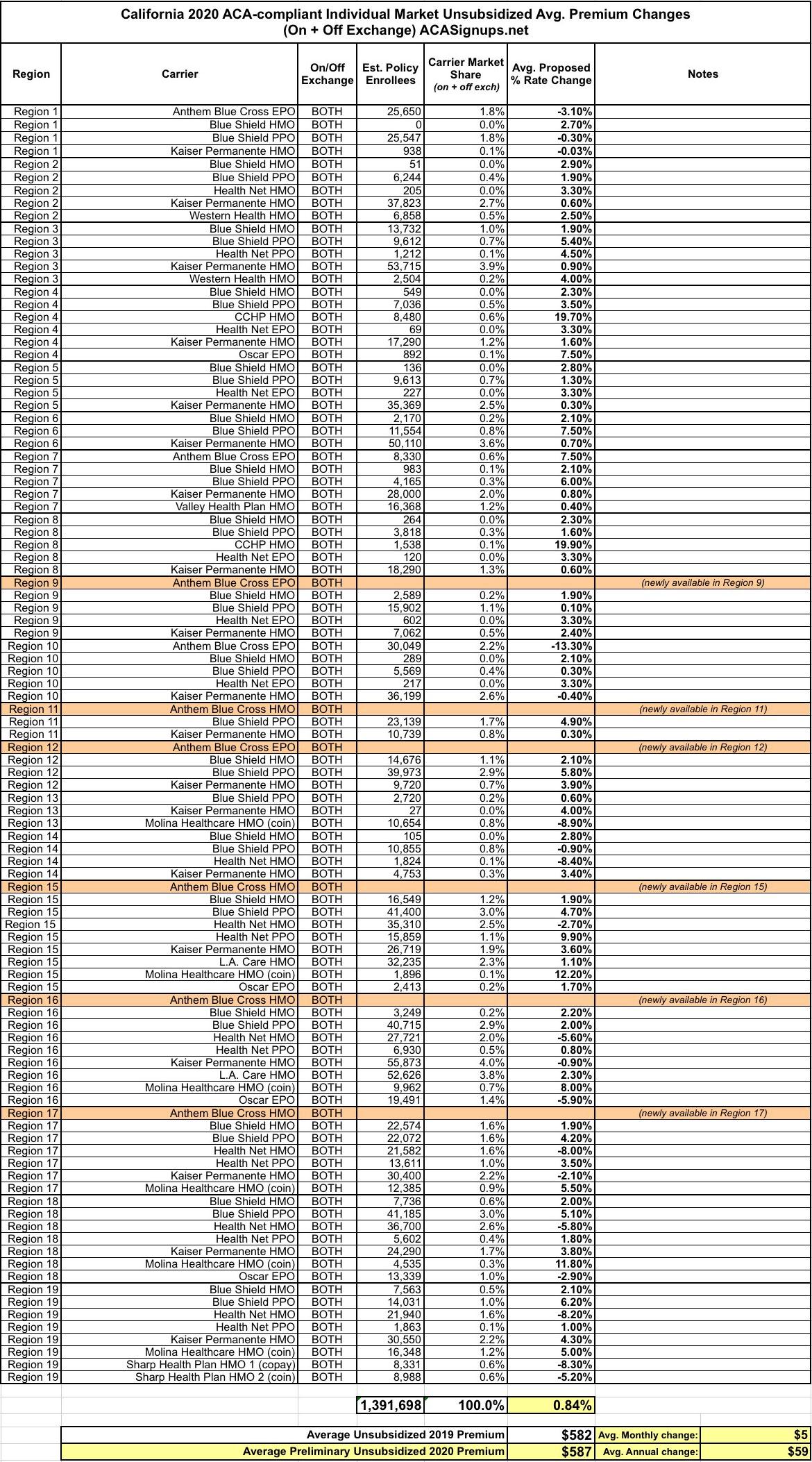