Washington State: Not much in the way of MLR rebates this year, but NEXT year could be big

All that being said, here's what the payments for 2018 going out this month look like in Washington State: 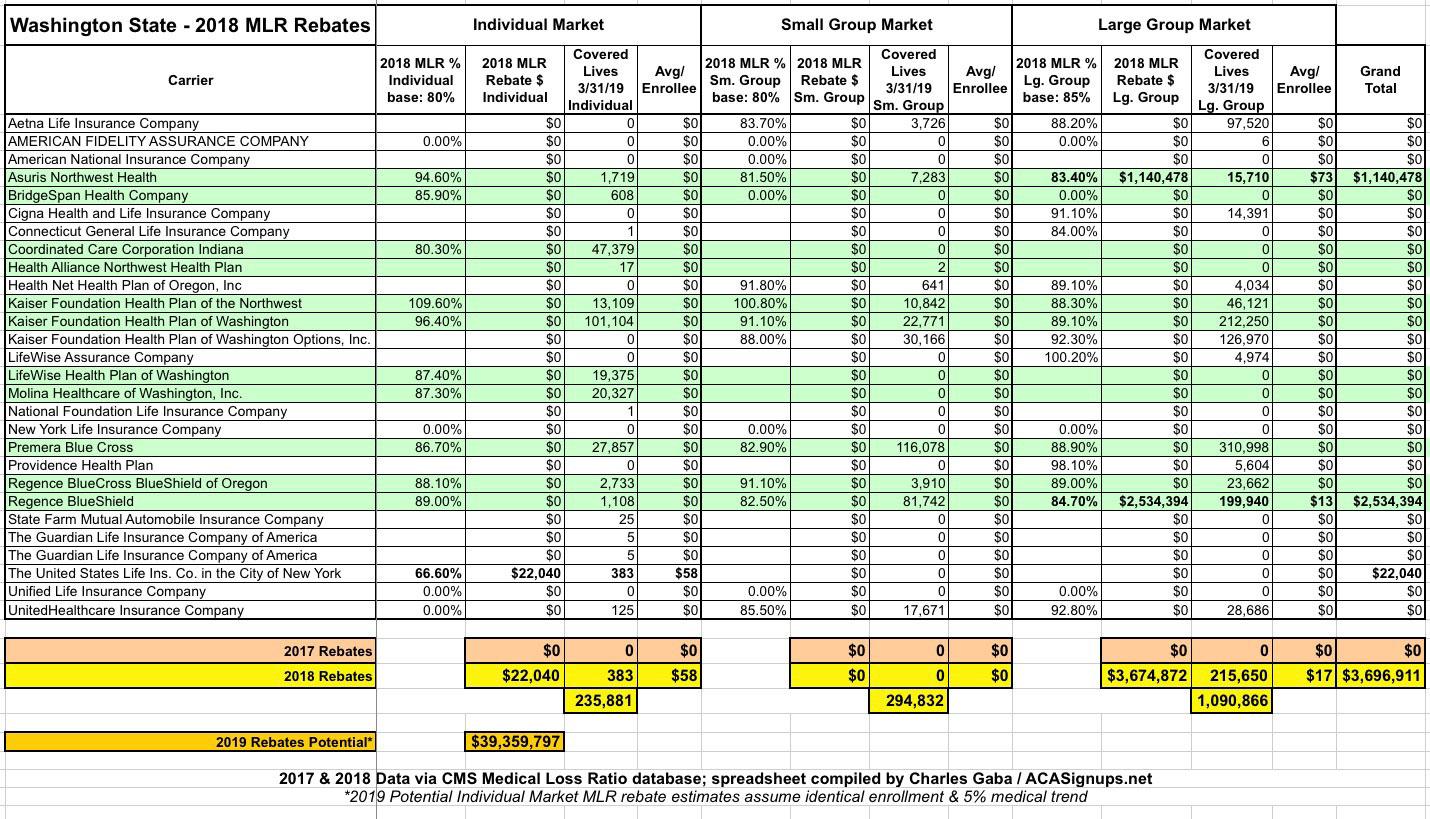 Only nominal Individual Market rebates this year (plus about $3.6 million for Large Group enrollees), but check out the potential Indy rebates next year: I could see them totalling as much as $39 million from Coordinaterd Care and Premera Blue Cross, both of whom fell well below the 80% threshold this year (75% and 62.3% respectively):