All that being said, here's what the payments for 2018 going out this month look like in Utah: 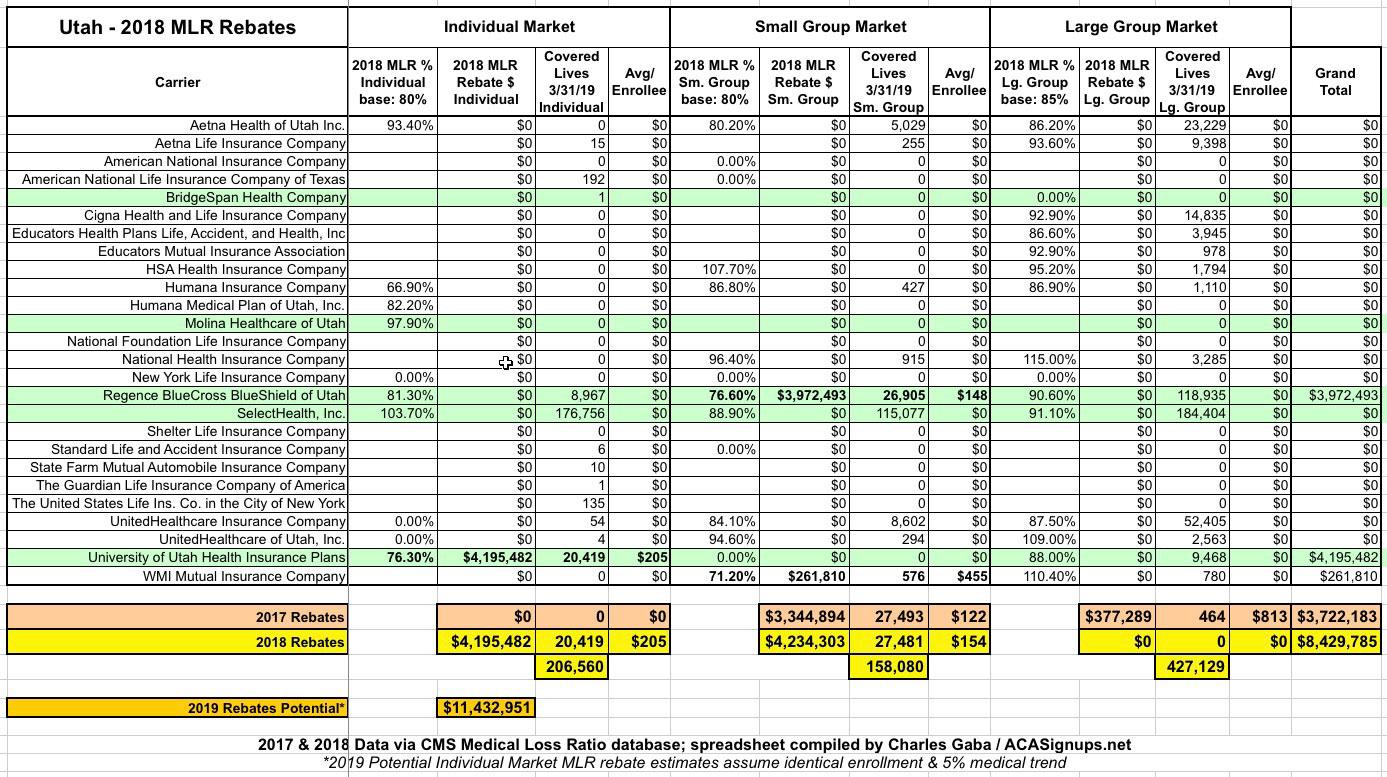 No rebates for the Large Group crowd, and rebates are only about 25% higher than last year for Small Group enrollees, but 20,400 Individual Market enrollees should see checks for around $200 apiece from the University of Utah Health Plan. I wouldn't be surprised to see even higher amounts paid out to UU enrollees next year, along with Regence BlueCross members: