All that being said, here's what the payments for 2018 going out this month look like in South Carolina: 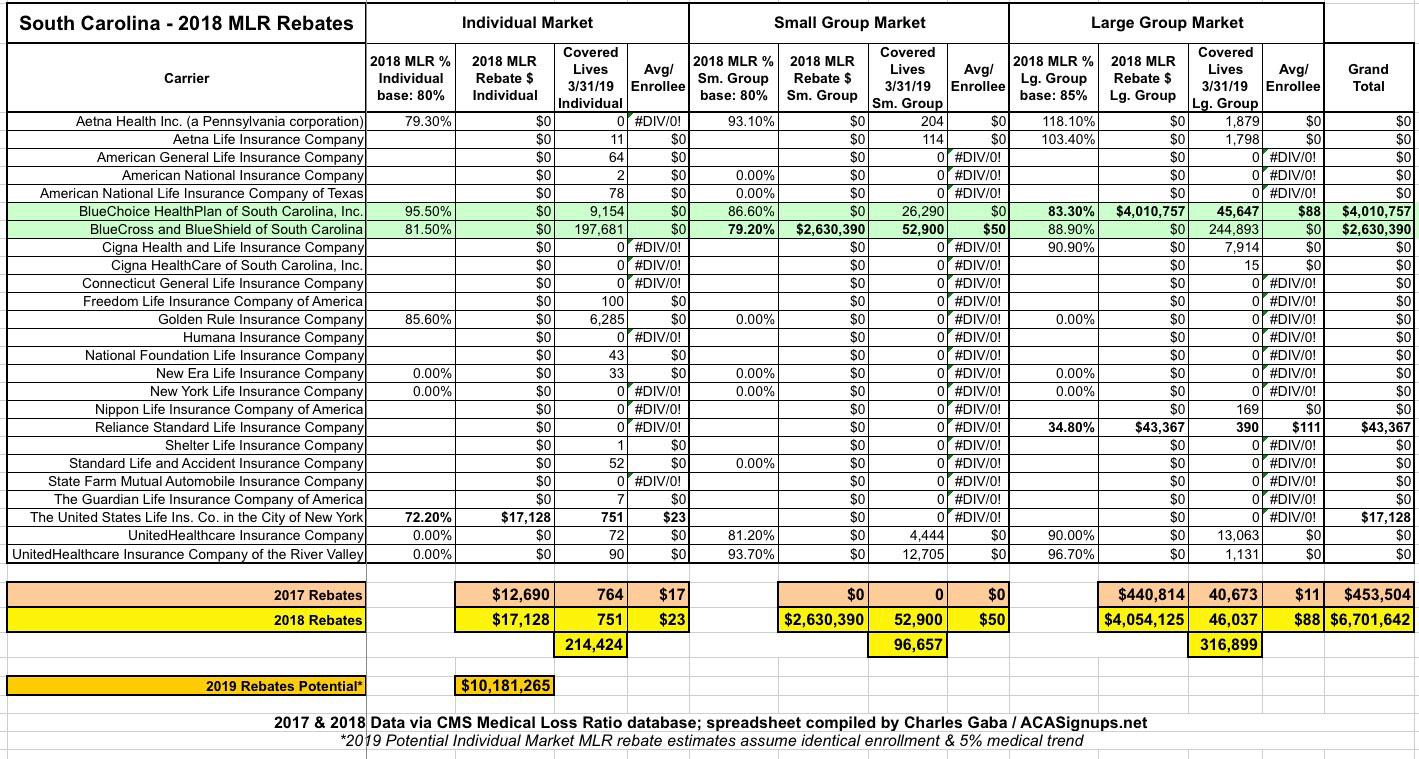 There's $6.7 million in MLR rebates going out to South Carolina enrollees this year, nearly all of which is going to Group Plan members. In 2020, however, it's very likely taht Blue Cross Blue Shield of SC will pay out as much as $10 million to Individual Market enrollees. They're just over the 80% threshold as it stands, so 2016 dropping off their equation could nudge them under the limit: