All that being said, here's what the payments for 2018 going out this month look like in Pennsylvania: 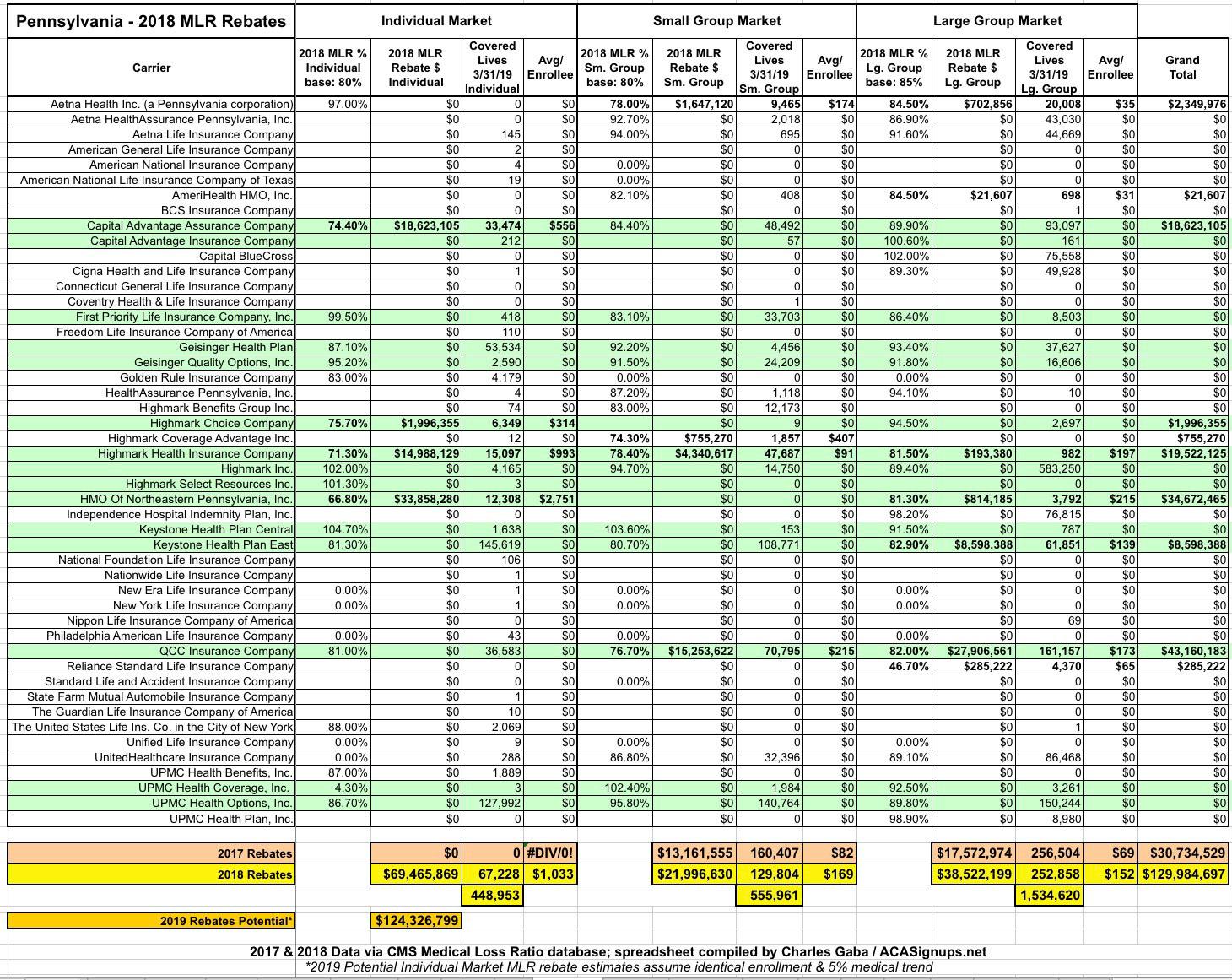 What makes Pennsylvania's MLR rebate numbers for 2018 so astonishing isn't the total dollar amounts, although those are certainly eyebrow-raising (over $69 million on the Individual Market alone, plus another $22 million for Small Group enrollees and $38.5 million for Large Groups). No, what's truly staggering is the average rebate amount per person on the Indy Market: 67,000 enrollees should receive checks averaging over $1,000 apiece.

But I can still take that one step further: Look at the per-person average for HMO of Northeastern Pennsylvania, otherwise known as First Priority Health HMO (this is not the same as First Priority Life Insurance, although that's another division of the same parent company). According to their filing with CMS, 12,308 enrollees will receiving nearly $34 million in rebate payments...averaging $2,751 apiece. You read that right.

Remember, that's the average. For older enrollees (say, 50-64), this could potentially be much higher...I could see some people getting windfalls of $5,000 per person or more. Astonishing.

In 2020, I could even see the potential Indy Market MLR rebates nearly double to as much as $124 million: