All that being said, here's what the payments for 2018 going out this month look like in Minnesota: 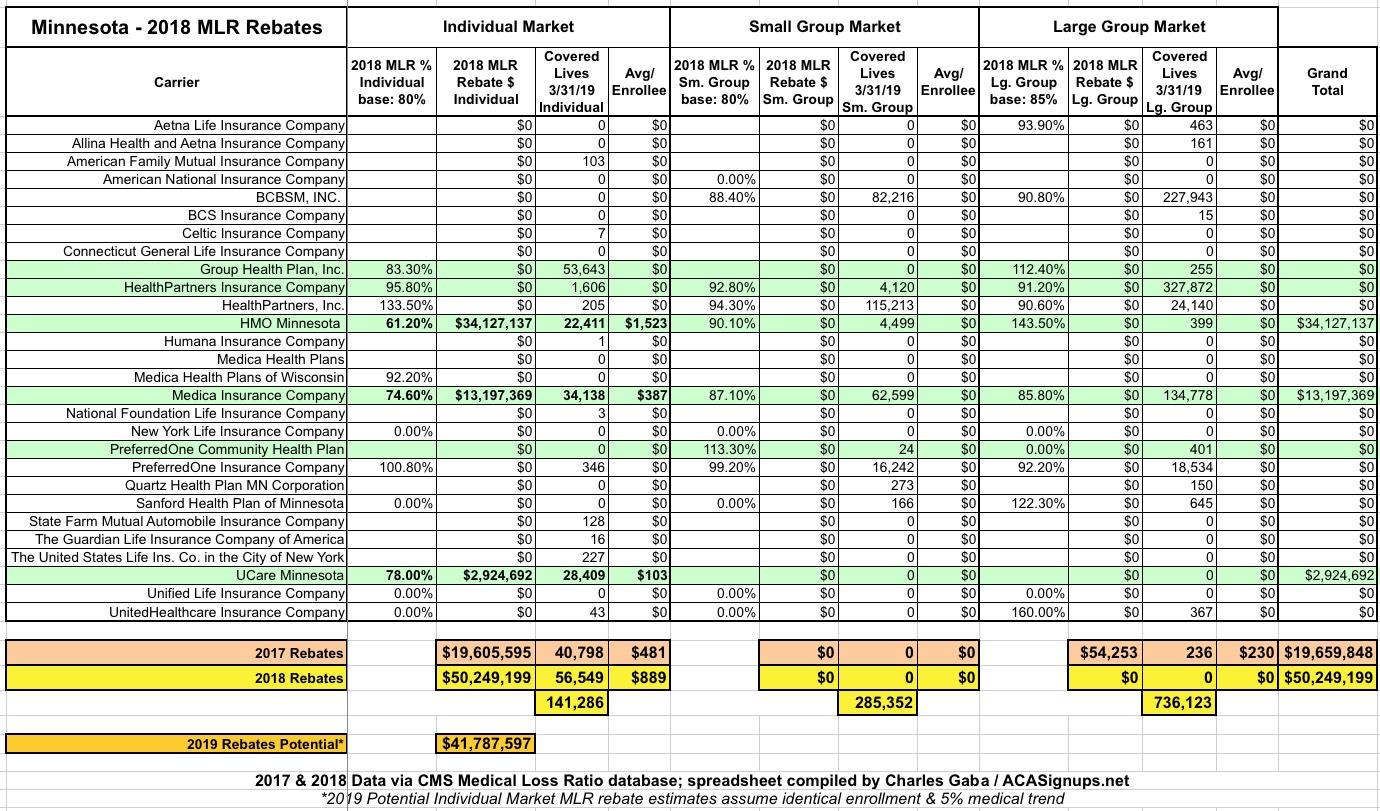 WOW! There's not a dime in rebates on either the Small or Large Group Markets, but the Individual market carriers are sending out a windfall to over 56,000 enrollees...more than 2.5x as much as last year's rebates (which were already pretty high). Over $50 million will be divided up, for an average rebate of nearly $900 per enrollee.

Next year I'd expect this to drop somewhat, to perhaps $42 million: