(SIGH) OK, apparently the Kaiser Family Foundation has been working on the same project as I have for the past couple of weeks, so this is no longer "exclusive"...ah, well...

All that being said, here's what the payments for 2018 going out this month look like in Illinois: 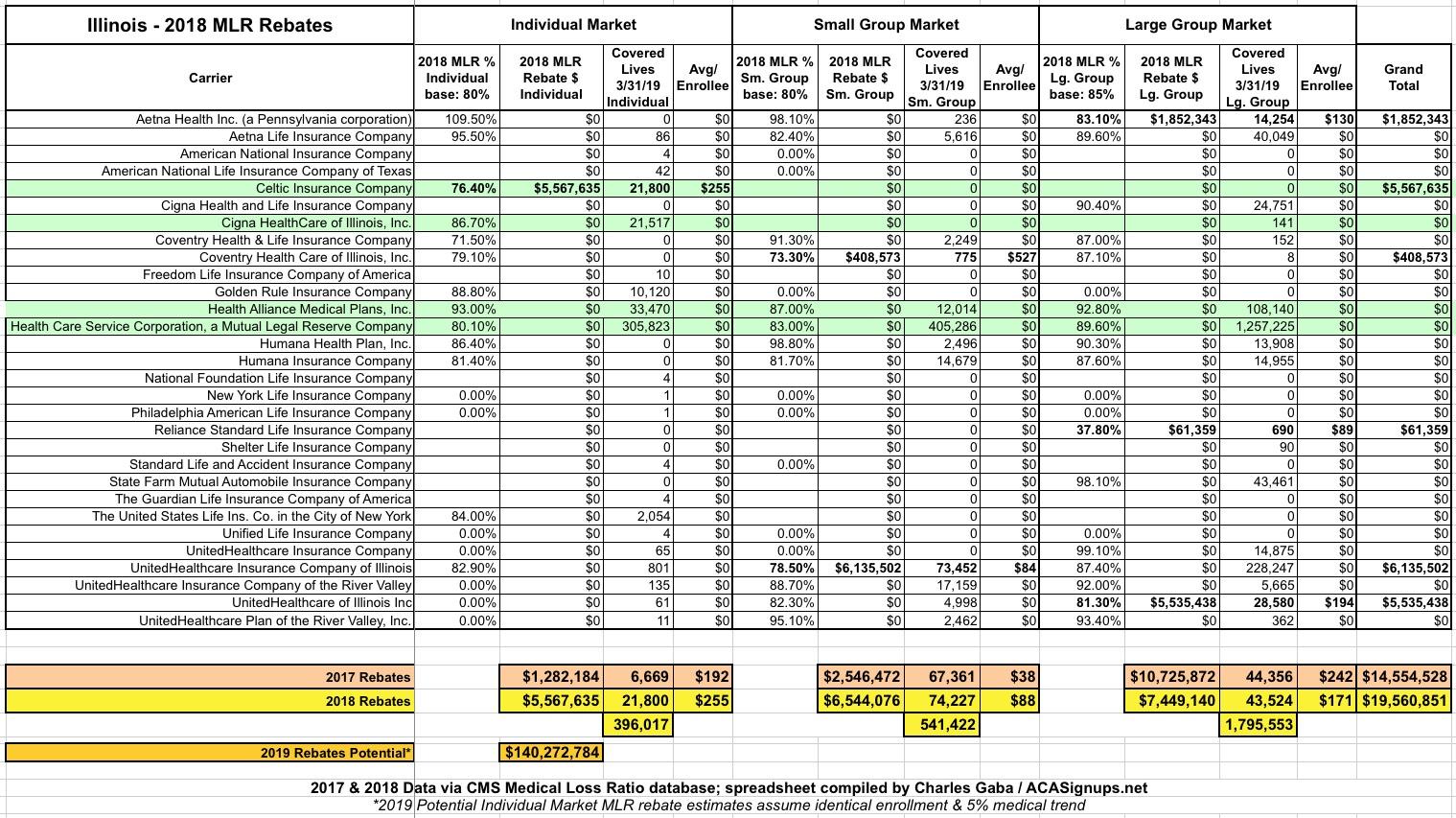 On the surface, this doesn't look too noteworthy...Illinois carriers will be paying out $7.4 million in large group market rebates (down from $10.7 million last year), $6.5 million on the small group market (up from $2.5 million) and $5.5 million on the Individual market, a substantial-but-not-shocking increase over last year's rebates.