Good Heavens. I've been immortalized (sort of) in a comic book.

OK, this came out of nowhere: Michael Goodwin is a talented comic book artist who runs a site called Economix Comics:

Economix is a graphic novel by Michael Goodwin, illustrated by Dan E. Burr, that explains the economy. More than a cartoon version of a textbook, Economix gives the whole story of the economy, from the rise of capitalism to Occupy Wall Street. Economix is published by Abrams Comic Arts.

Today he contacted me to inform me that he's using some of my data as part of his latest project: A bona fide 20-page comic book which explains, in laymans terms, the basics of the ACA,  how Paul Ryan/Tom Price's replacement plan would work and why their replacement pretty much sucks eggs.

Here's a low-resolution version of the first page (which also just happens to be where he included my data) to give you a taste of what it's like. I'm absolutely floored and honored to play a small role in disseminating this information in such a user-friendly way: 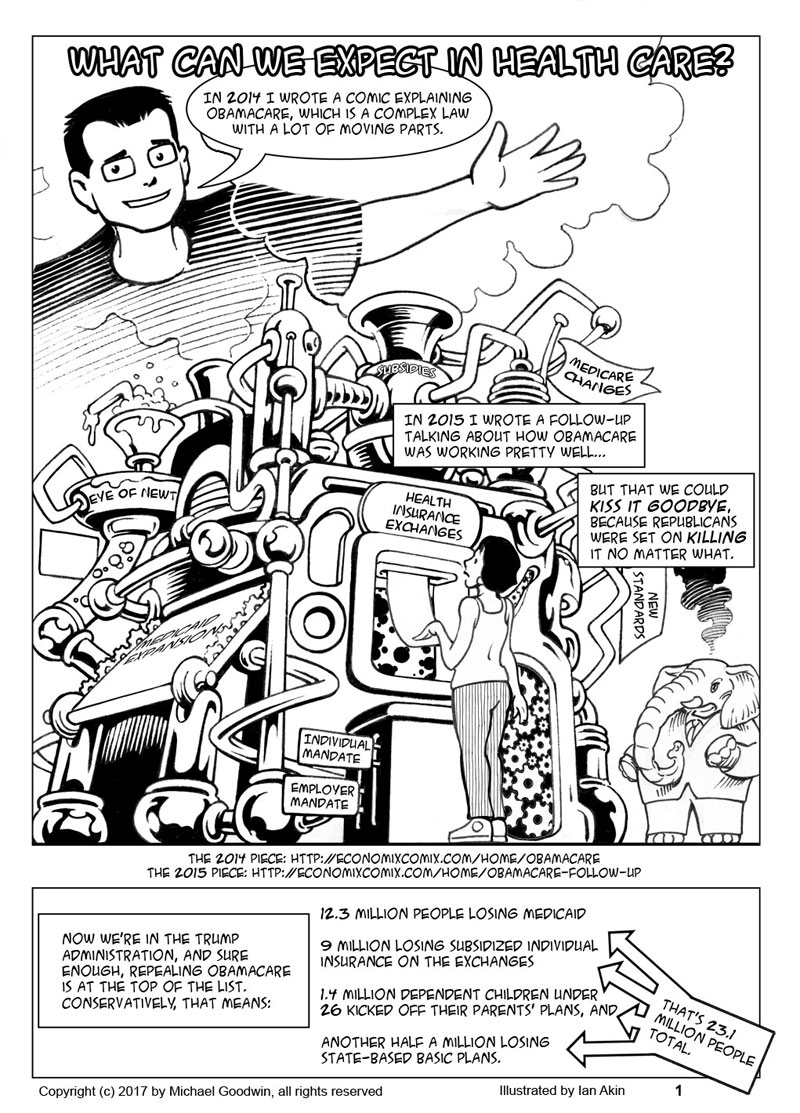