New Jersey is an important state to watch, as they (along with DC) are the first state to specifically reinstate the ACA individual mandate penalty at the exact same levels as the just-zeroed out federal version. Massachusetts has a mandate penalty in place this year as well, but a) theirs pre-dated the ACA and was simply dusted off again and b) theirs uses a different formula anyway.

Last year, Individual Market insurance carriers in New Jersey announced that average unsubsidized 2019 premiums would be reduced by an average of 9.3% statewide due to two laws put into place by the state legislature and Governor Murphy: Reinstatement of the mandate penalty at federal levels (which lowered rates by 6.8 percentage points from +12.6% to just +5.8%) and the initiation of a solid reinsurance waiver program (which reduced rates by a further 15.1 points, for a final average change of -9.3%).

As I noted at the time, however, mandate penalties only work if a) they're strong enough to convince people to enroll in compliant coverage and b) if enough people know that the penalty exists:

Massachusetts had their state-level penalty in place for a good six years before the ACA did, so their population is quite familiar with it. Furthermore, they made sure to go all out on their awareness campaign last fall, making certain that everyone in the state knew about it. I don't know how much New Jersey did on this front, but the limited info I have from my contacts there suggest that it wasn't much.

Part of that might be due to the New Jersey media market overlapping with New York's. Not only does this make TV advertising extremely expensive in the Garden State, but it also means that NJ residents were likely receiving very mixed messages, since New York hasn't reinstated their mandate. That means many NJ residents likely heard that there wasn't a mandate penalty any longer from various New York outlets. Another big problem is that, just like the federal mandate, the penalty itself isn't actually imposed until over a year later. Anyone who chose, in late 2018, to skip coverage for 2019 won't be hit with a state tax penalty until spring of 2020.

This means that there are likely to be a bunch of very surprised, very pissed-off New Jersians early next year when they file their state tax forms.

On the surface, this might make it sound like NJ's mandate reinstatement was ineffective (likely in part due to the reasons I noted above). However, the actual rate filings from two of the six carriers on the market (technically a single carrier with two divisions...AmeriHealth HMO and AmeriHealth Insurance Co.) suggest a different reason. I don't know about the other four carriers, but according to AmeriHealth:

in short, it's too early to tell what impact, if any, NJ's reinstated penalty has had; it'll take a few years to know, especially with so many other factors at play. 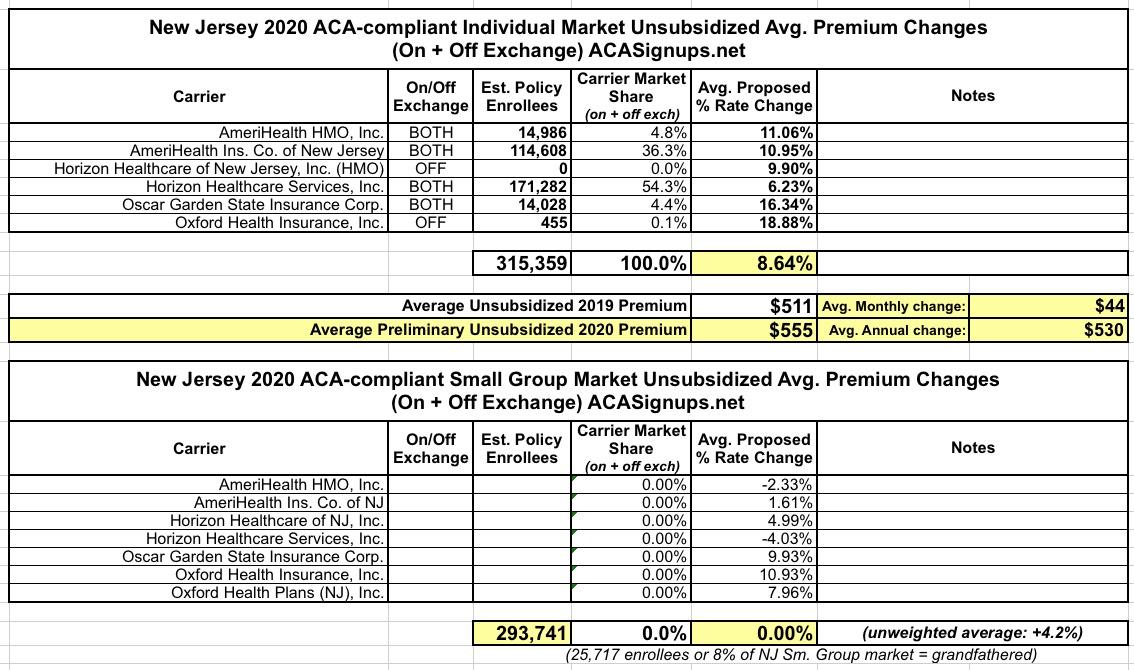 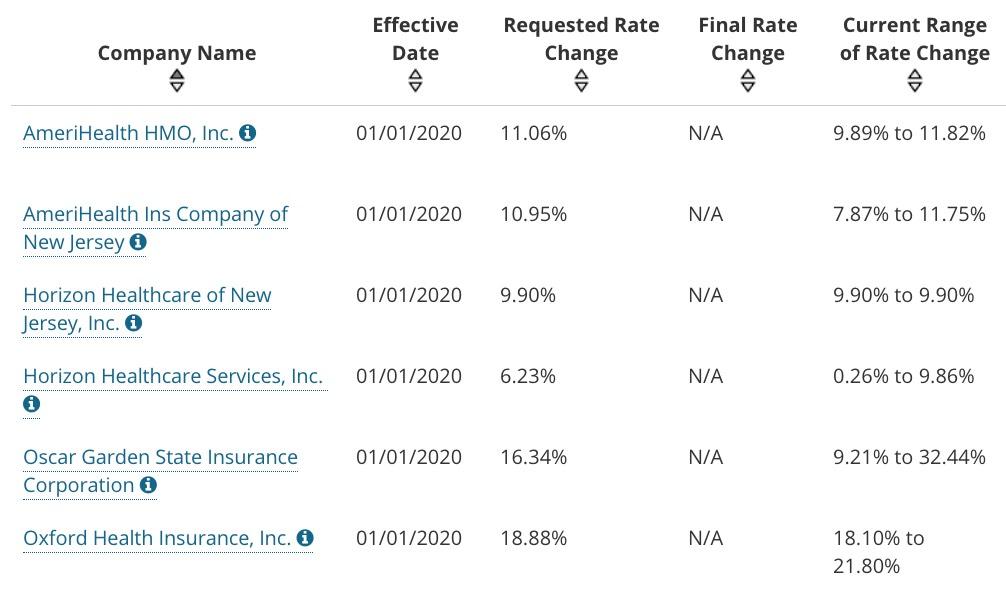 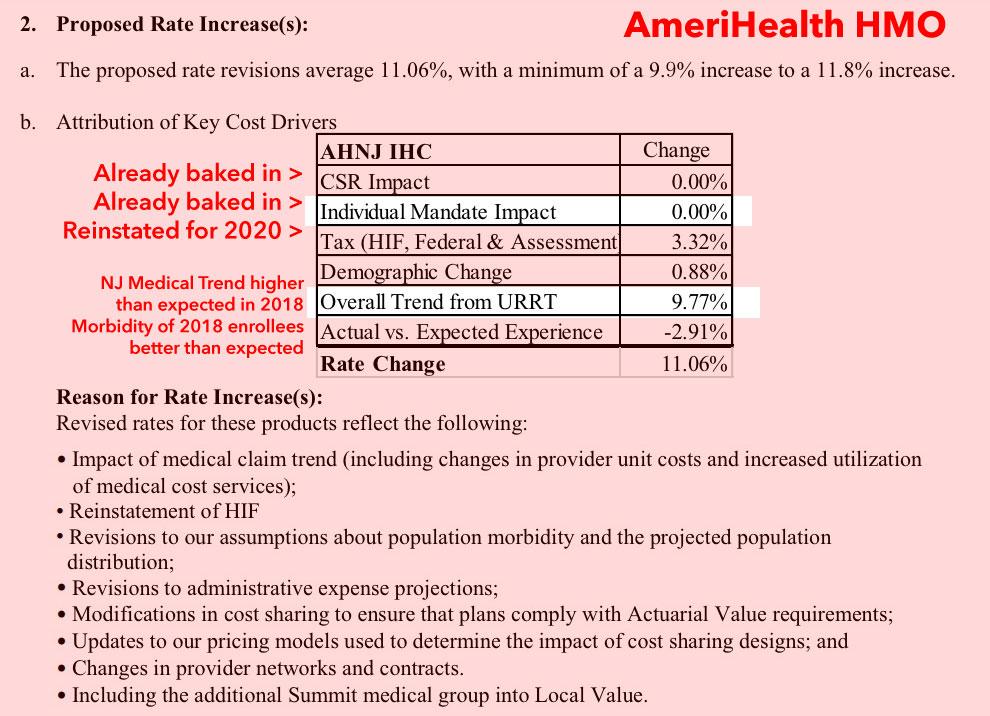 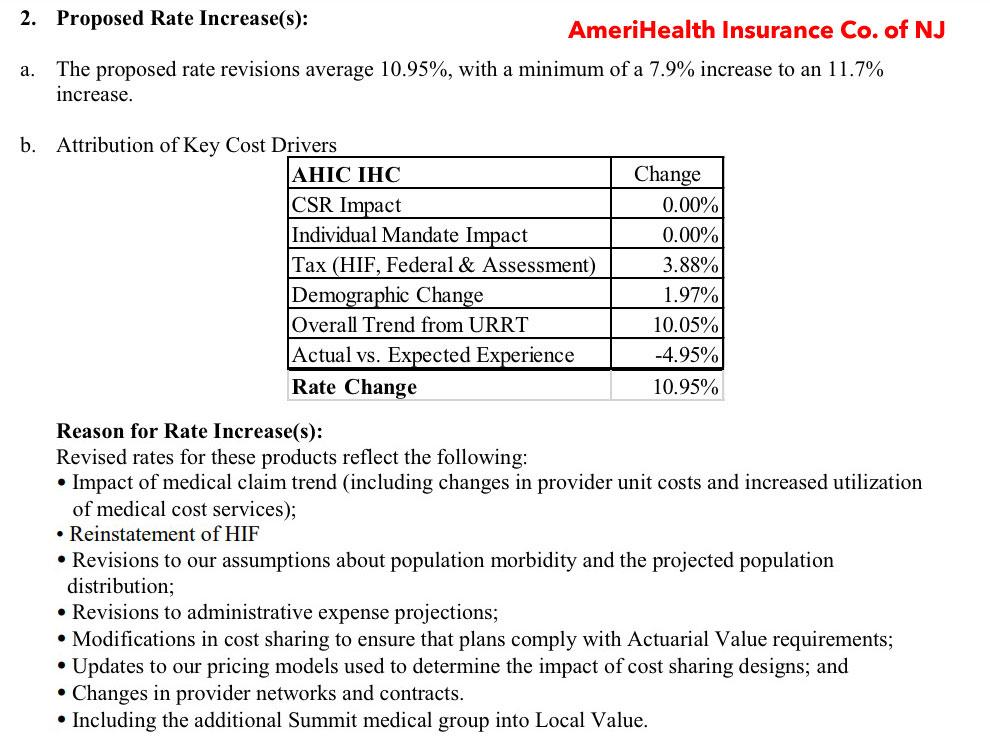 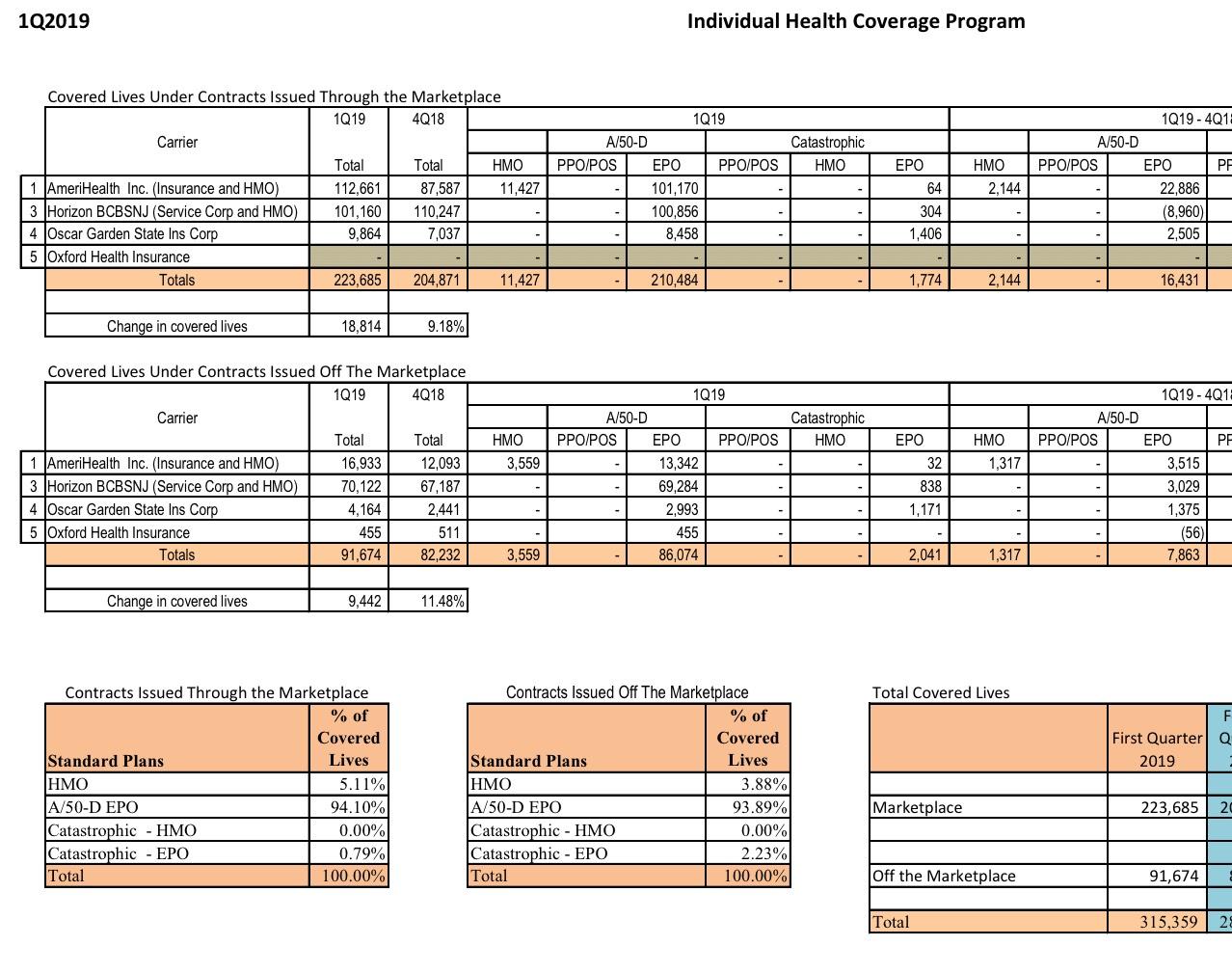