Alabama, Alaska and Wyoming only have a single insurance carrier participating in each of their individual markets. While this is a bad thing from a competitiveness POV, it cetainly makes things easier for me from a tracking-average-rate-hikes POV.

ALSO IMPORTANT: The HHS Dept. is also starting to upload the rate filings to the official RateReview.Healthcare.Gov database, which should make things easier for me going forward (assuming that the data is uploaded properly and isn't messed with, which is a distinct possibility when it comes to the Trump Administration)

Aside from that, however, it's Blue Cross Blue Shield across all three states...and they're asking for the following:

In the absence of any specifics about just how much the CSR issue is contributing, I'll again go back to the Kaiser Family Foundation estimates for each state, which suggest the rate hikes on Silver plans 25%, 11% and 14% lower respectively if CSR payments were guaranteed next year. In reality, as you can see below, BCBSAL is only asking for nominal 2.0 - 4.9% increases on all other plans...let's call it 3.5% for Alabama, a 30% reduction in Alaska and perhaps a 30% increase in Wyoming. 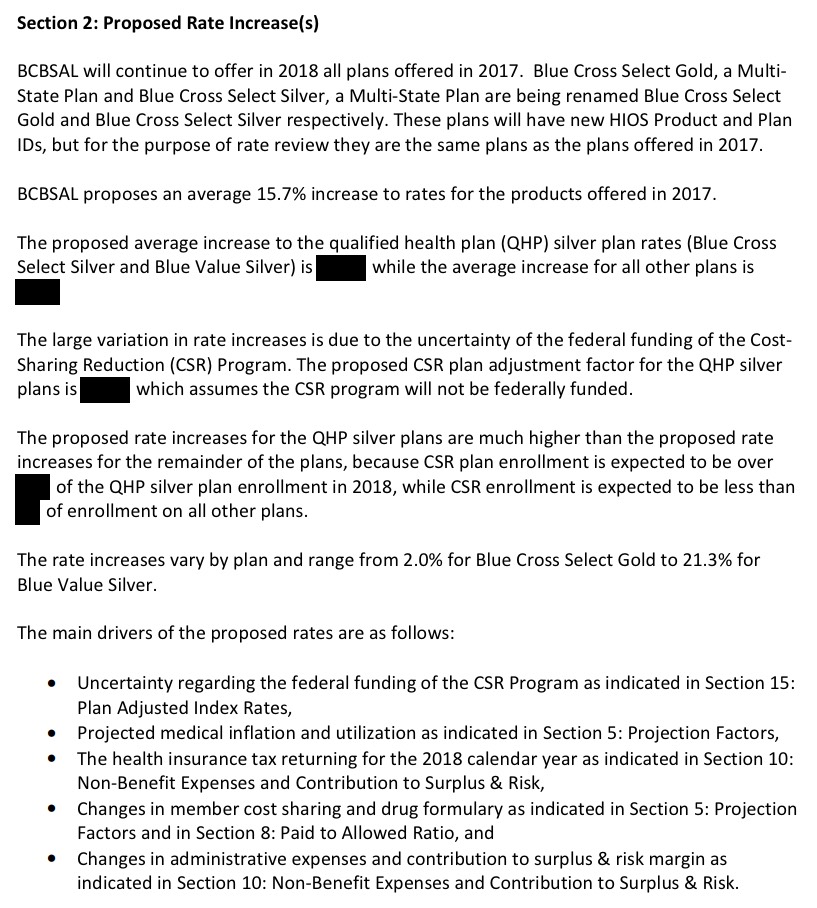 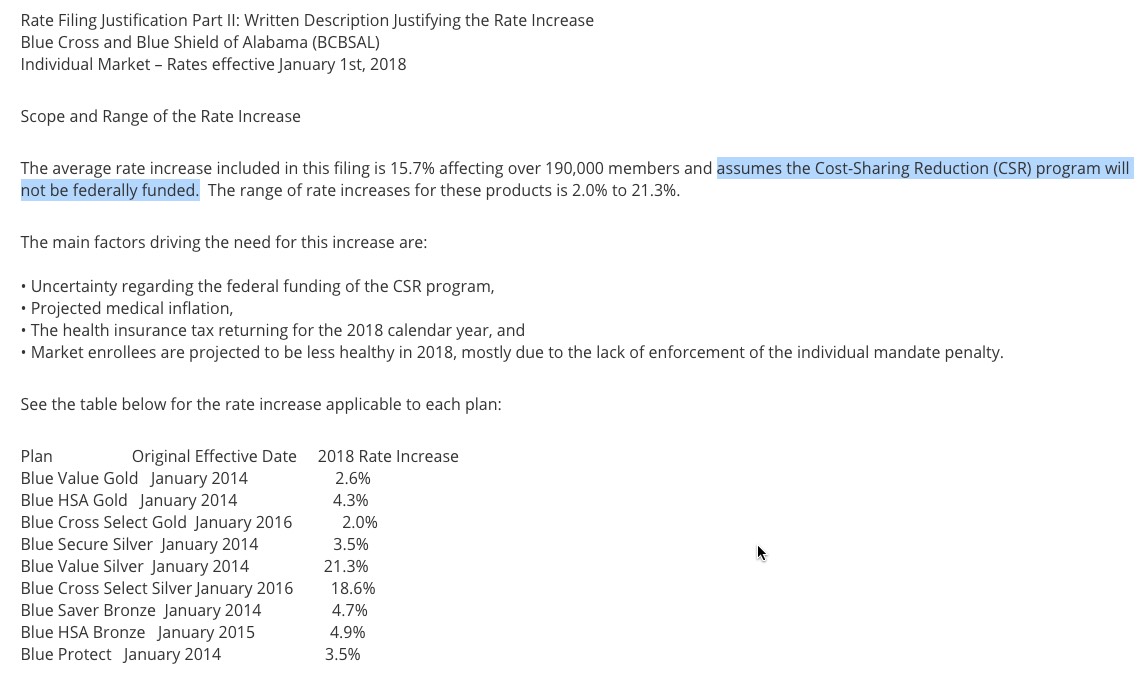 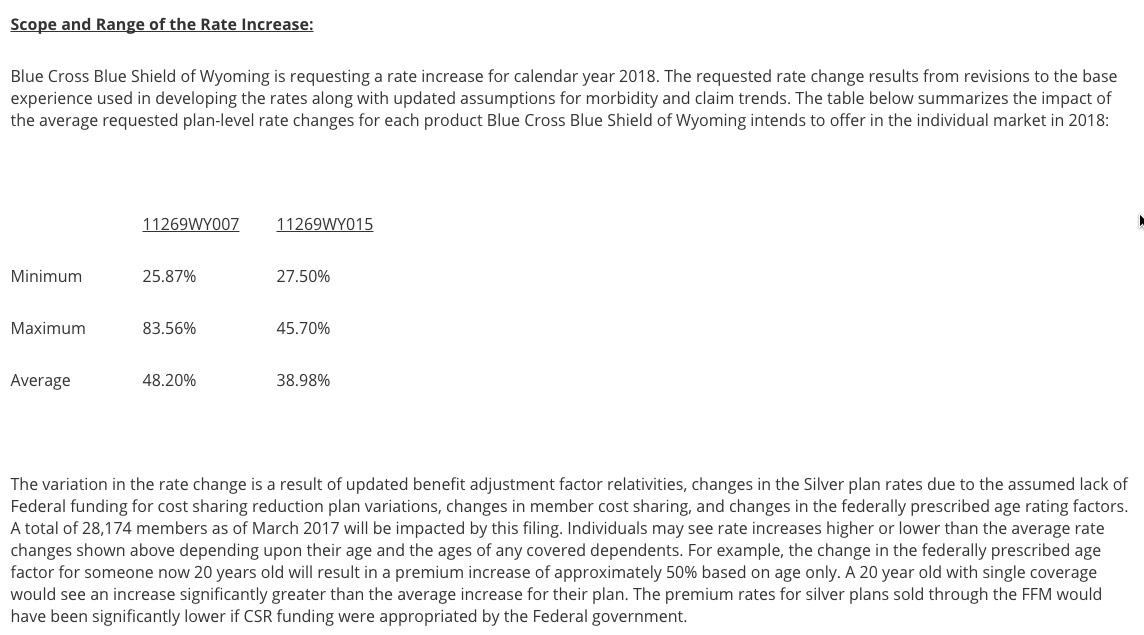