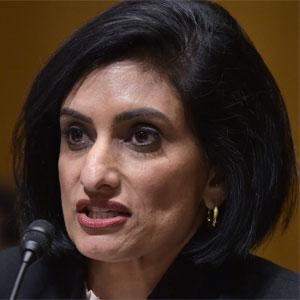 In an excellent scoop by Dan Diamond and Adam Cancryn this morning, Politico reports that CMS Administrator Seema Verma--the woman in charge of Medicare and Medicaid who takes great joy in trashing Medicare and Medicaid--has spent millions of dollars on partisan consulting firms to boost her own image:

The Trump appointee who oversees Medicare, Medicaid and Obamacare quietly directed millions of taxpayer dollars in contracts to Republican communications consultants during her tenure atop the agency — including hiring one well-connected GOP media adviser to bolster her public profile.

The communications subcontracts approved by CMS Administrator Seema Verma — routed through a larger federal contract and described to POLITICO by three individuals with firsthand knowledge of the agreements — represent a sharp break from precedent at the agency. Those deals, managed by Verma’s deputies, came in some cases over the objections of CMS staffers, who raised concerns about her push to use federal funds on GOP consultants and to amplify coverage of Verma’s own work. CMS has its own large communications shop, including about two dozen people who handle the press.

The good news is that Congress is finally on the case now that the Democrats have the reins:

On Friday, House Energy and Commerce Chairman Frank Pallone called for an HHS inspector general probe into CMS’ use of communications consultants, calling it a “highly questionable use of taxpayer dollars.”

“I intend to ask the HHS OIG to immediately begin an investigation into how these contracts were approved, whether all regulations and ethical guidelines were followed, and why taxpayers are stuck paying for these unnecessary services,” the New Jersey Democrat said in a statement.

For the record, Seema Verma is also the one who slashed the HealthCare.Gov marketing and navigator program budgets by 90% and 80% respectively over the past year and a half, allegedly in the interest of..."providing more efficient, targeted outreach" (via one of her press releases from last year).

I'm not sure exactly what sort of "bolstering of her public profile" these taxpayer-funded GOP image consultants are doing, but I'd imagine it's crap like sending out promotional mailers like this one which showed up in my in box the yesterday...sent from the official CMS Press Office: 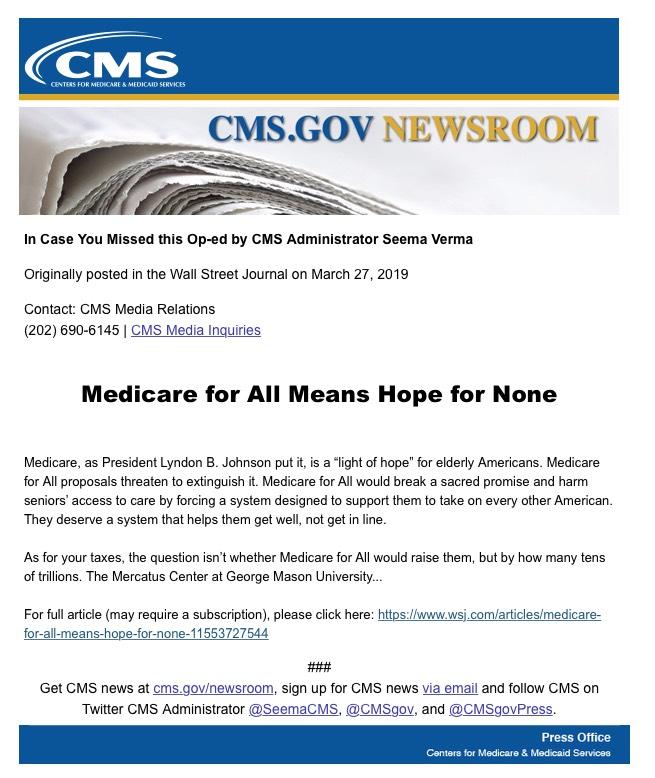